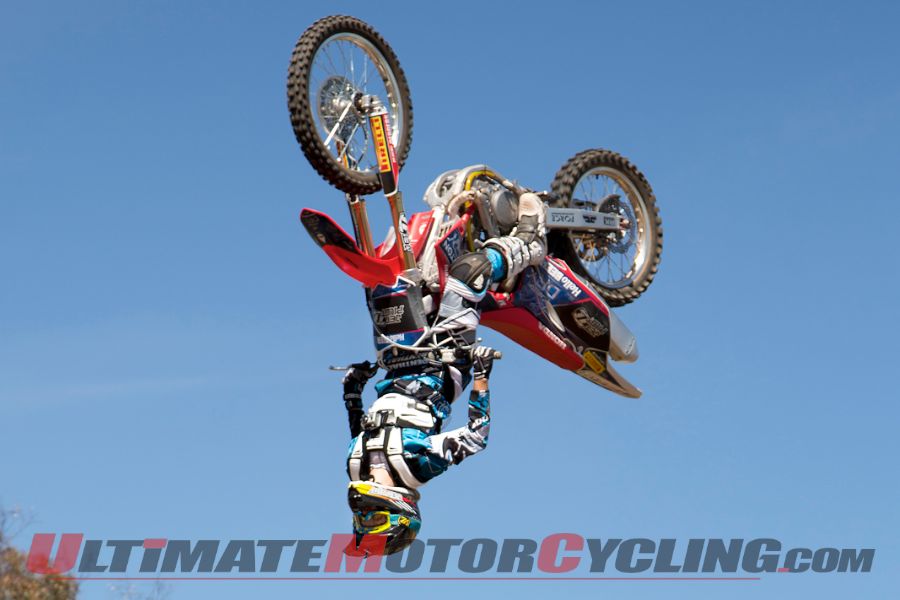 Freestyle MotocrossAustralia’s first female freestyle motocross rider, Emma McFerran, will be lining up at NIGHT of the JUMPS on the weekend of March 8-9 in Berlin. The FMX amazon aims to become the first woman ever to perform a backflip in the world championship series.In December, Emma jumped her way into the record books, pulling off the first backflip by an Australian woman rider in the history of the sport.This was in the Lockhart (NSW) FMX park belonging to X Games gold medallist Jackson ‘Jacko’ Strong. It qualifies her as one of only two women who have ever had a happy landing after pulling a flip on a motorbike. Now fans attending NIGHT of the JUMPS in Berlin also have the pleasure of seeing Emma in action.Emma McFerran took up motocross racing in 2002, contesting eight straight seasons in the Senior Women’s Open and the Seniors B (250f/125cc class). In 2010, she was finally able to realise her dream to become the first – and so far only – female freestyle motocross rider in Australia.With the help of her older brother, professional FMX rider Matty McFerran, she succeeded in making the switch from racing to freestyle. Matty coached her both on the technical side and in developing the relevant skills.Emma’s first breakthrough into the FMX scene came when she received a personal invitation from superstar P!NK and husband Carey Hart to sign up for the National Hart and Huntington Freestyle Tour as a support act to the concerts. Unfortunately, Emma was injured during rehearsals and had to content herself with the role of spectator.Her next big break came with the relaunch of the Crusty Demons in 2010. Emma performed her repertoire of tricks to packed arenas in Brisbane, Melbourne, Sydney, Adelaide and Perth. After taking a tumble in Darwin in April 2012, she came back strongly to pull off her long-planned ‘maiden’ backflip in December. 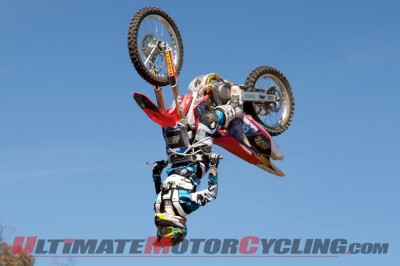 Emma’s appearance at the NIGHT of the JUMPS / FIM Freestyle MX World Championship is a first for the show. But this will be just one highlight of many to enthral the spectators at o2 World, because Berlin promises to stage the most sensational NIGHT of the JUMPS of all time. In the Maxxis Highest Air, repeat winner Massimo Bianconcini will try to beat his own record of 11.5 metres. In the Whip Contest, 15-year-old prodigy Luc Ackermann will be taking on the freestyle motocross elite.And the best FMX professionals in the world will be battling hard for championship points in the main freestyle competition. No other motorcycle sport or extreme sport series comes anywhere near this for explosive thrills.For additional information, log onto Night of the Jumps.By Oliver Franke