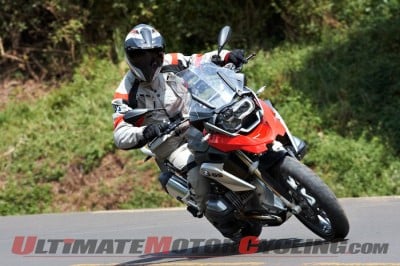 2013 BMW R1200GS Development Video, Part 1One of the most anticipated motorcycles of 2013 is undoubtedly the BMW R 1200 GS – the GS has been the defining adventure-touring bike for 32 years.And for the past three years, BMW has been developing the new R 1200 GS, enhancing all aspects of the already-proven machine.Before the bike reaches showrooms this spring, BMW has been releasing more and more information about the development of the motorcycle, including a series of YouTube videos that begins with Part I above, titled “Unveiled: the development of the new BMW R 1200 GS.”Speaking of the video, BMW Says: “The GS has defined the travel enduro segment for over 32 years, setting the benchmark in terms of robustness, reliability and performance. So how is it possible to improve on such an extremely sophisticated bike as the R 1200 GS? In this three-part feature, BMW Motorrad provides an absolutely unique insight into the development and production of the new icon, the R 1200 GS”Featured in the video is Wolfgang Brettschneider (Bodywork Project Engineer), Lars Huras (Chassis Project Engineer), and Max Doll (Instrument Panel Developer).Stay clicked to UltimateMotorCycling.com for the second and third parts of “Unveiled: the development of the new BMW R 1200 GS.”