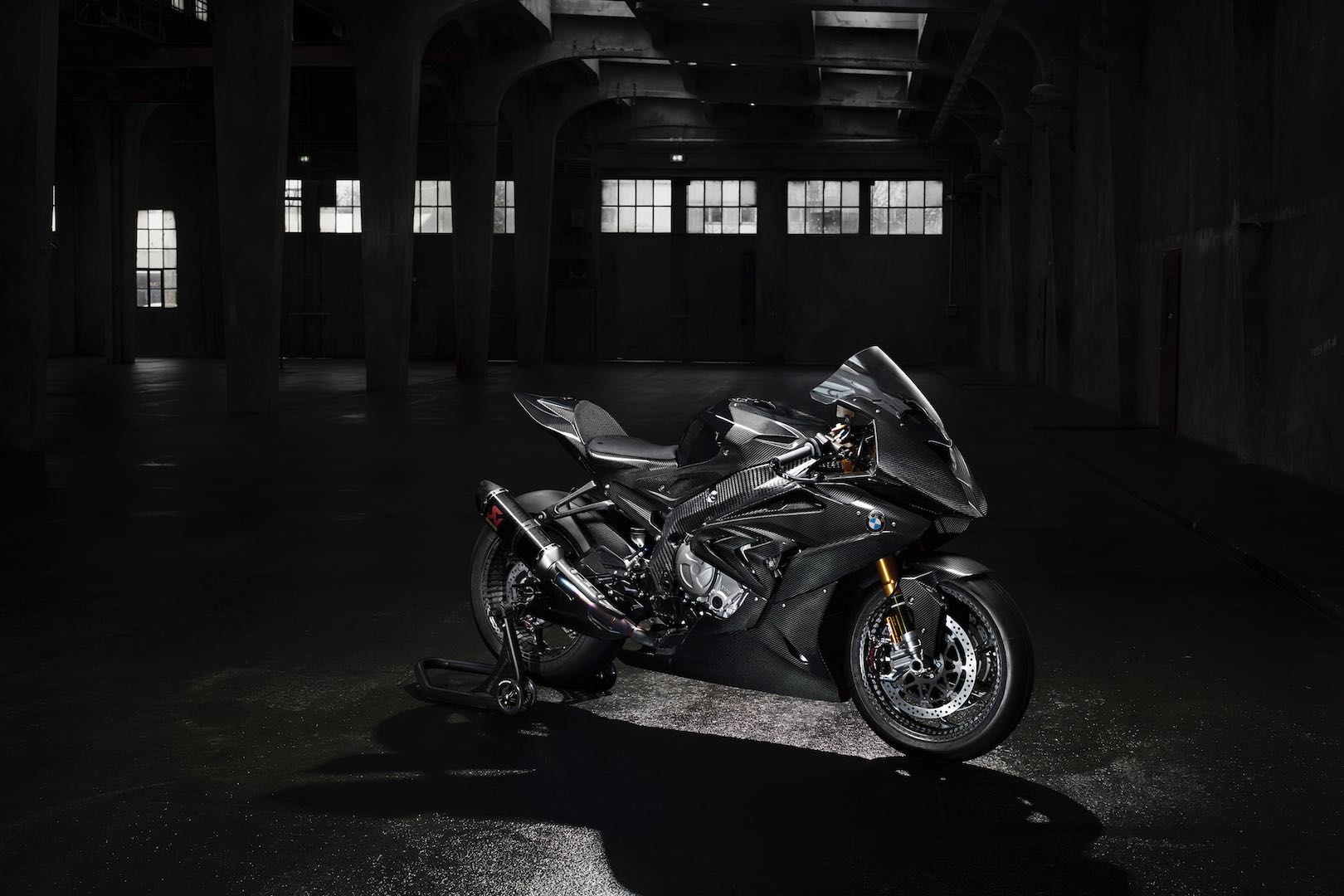 BMW unveiled a super exclusive model Tuesday during EICMA (Milan Motorcycle Show)—the HP4 RACE. But that’s all the Bavarian manufacturer did; all other details were hush about this carbon-fiber beauty except for some minimal details.Stephan Schaller, President BMW Motorrad, offered this: “The HP4 RACE will feature the full carbon fibre main frame and carbon fibre rims as shown here. We will reveal more about this model next spring.”Schaller also said each of the limited-run BMW HP4 RACE motorcycles will be manufactured by hand, and delivered to customers the second half of 2017.Based on the award-winning BMW S 1000 RR, the HP4 Race will likely be the lightest BMW superbike ever built.That’s all we have. For now, enjoy the photos.