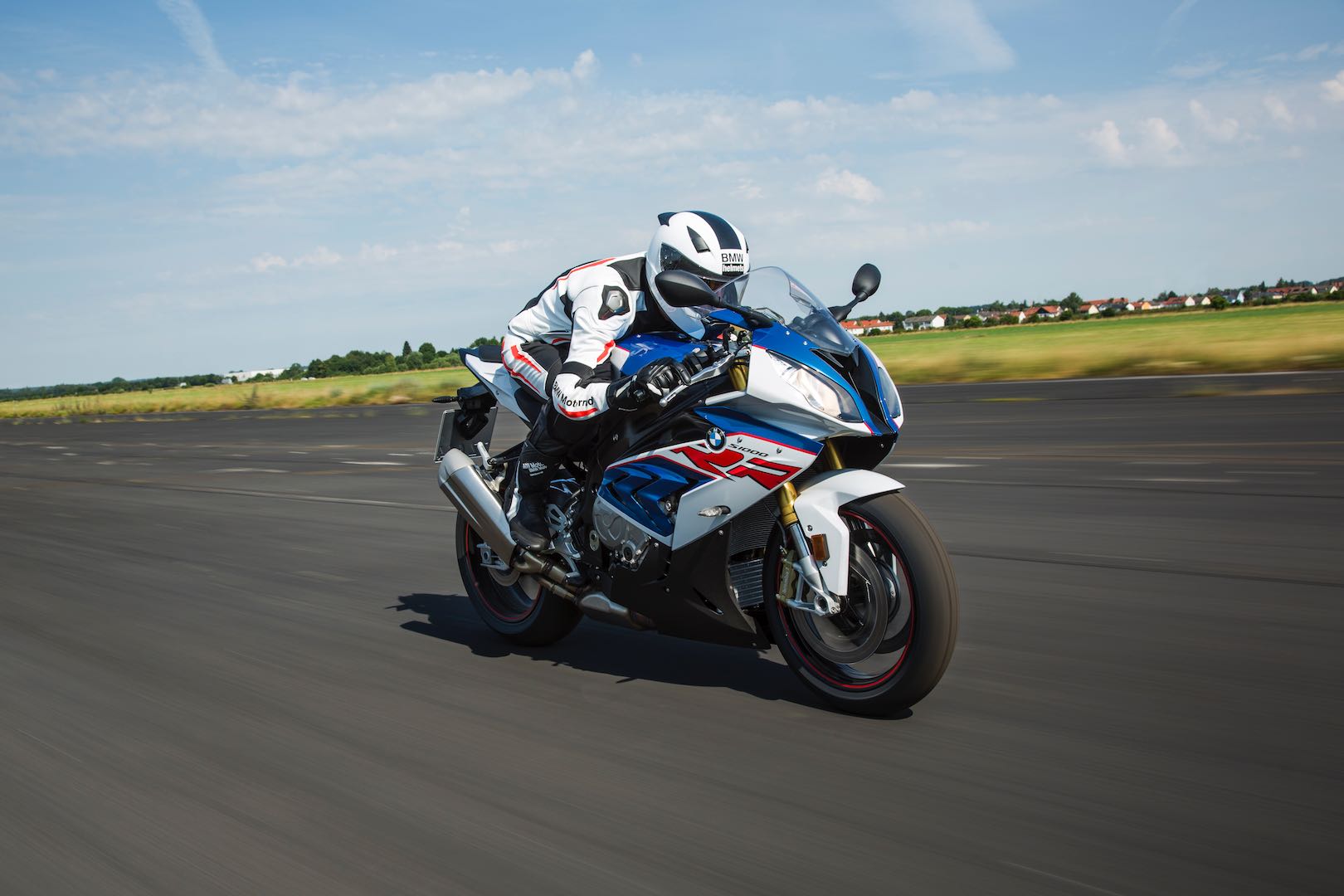 The BMW S 1000 RR—first offered in 2009—received some major updates in 2015, including a more powerful engine with 83 ft/lbs of torque @ 10,500 rpm and 199 horsepower @ 13,500 rpm, which was up six from the previous generation.Weight on the 2015 BMW S 1000 RR was reduced nearly nine pounds to 450, and the chassis geometry was refined for better handling. And the electronic updates were endless. The bike received an updated version of  the electronically controlled Dynamic Damping Control (DDC) suspension as a factory-fitted option, transplanted from the HP4, Race ABS and ASC (Automatic Stability Control), aka traction control, as standard equipment.This updates quickly became a favorite at Ultimate Motorcycling; besides being easy to ride quick at the track and aesthetically pleasing, the S 1000 RR also provided ultimate street comfort.The S 1000 RR remained relatively unchanged for 2016, but this changes for the 2017 model. Following are the seven updates to the new S 1000 RR:

4. The new RR now as standard as a single-seat model with passenger seat cover. The optional passenger package is available free of charge as an alternative.