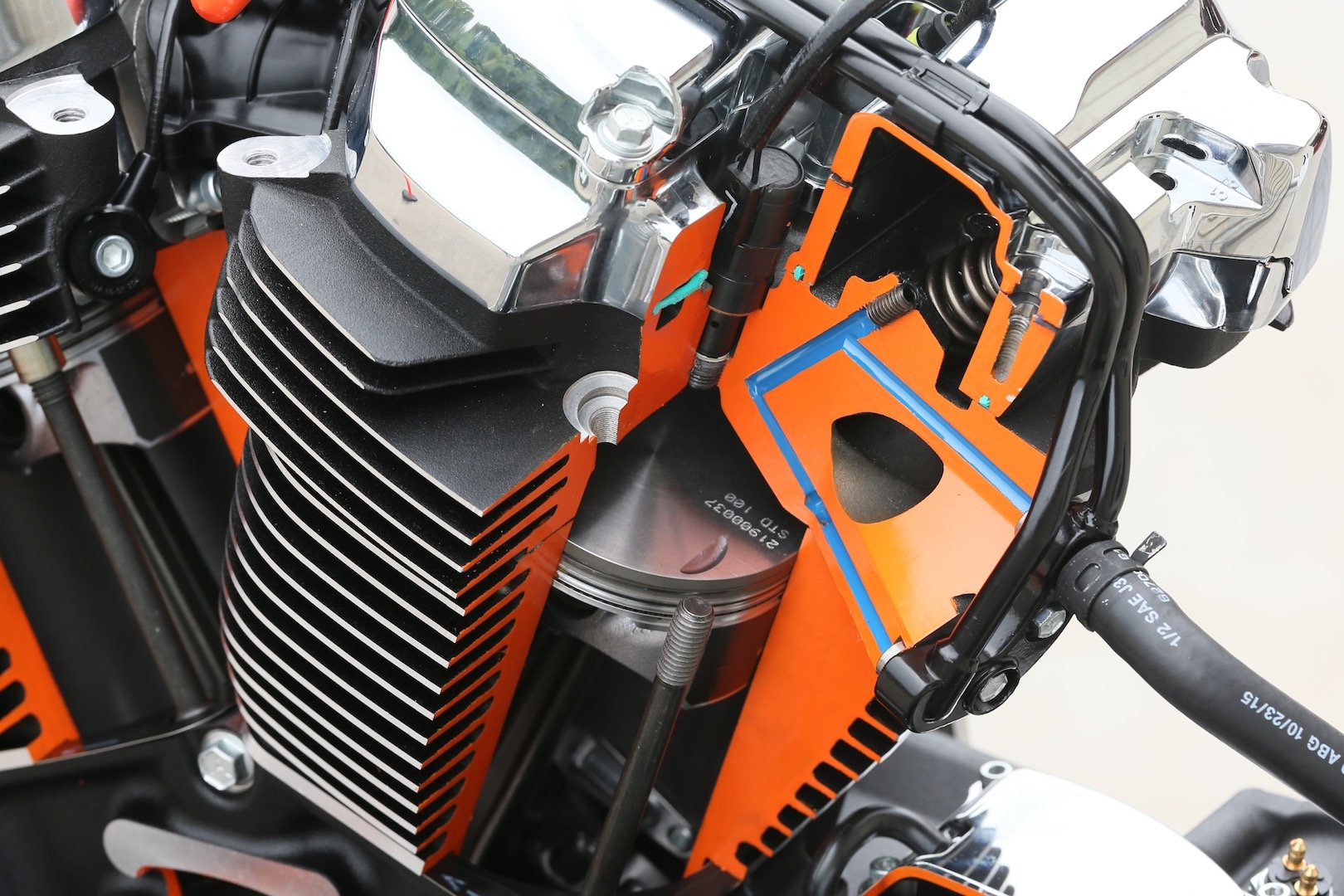 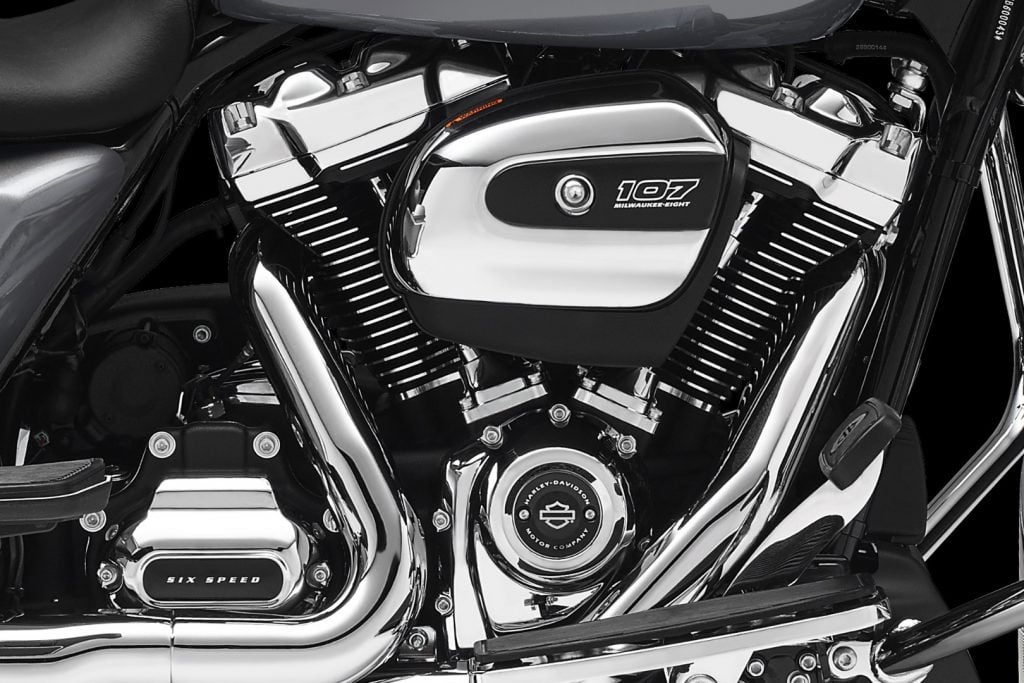 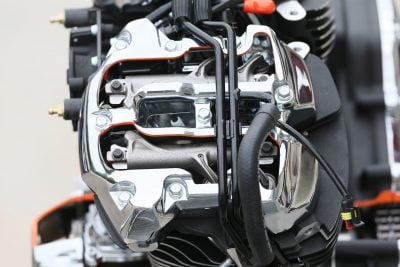 3. Power is up 10 percent over the motors they replace. The 107 motors are 11 percent quicker in acceleration from a standing start to 60 mph, as well as roll-on acceleration from 60 to 80 mph, compared to the Twin Cam High Output 103. The 114 cuts eight percent from 0 to 60 and 12 percent from 60 to 80, compared to the Twin Cam 110.4. The Milwaukee-Eight motor has a single cam, and less maintenance. In addition to a single chain-drive cam, the valve train is adjustment-free with the valve lash set at the factory.5. With fewer parts in the motor, mechanical noise is reduced. With less mechanical noise, Harley-Davidson can increase the sound output from the exhaust.6. The Milwaukee-Eight motor is both balanced and rubber-mounted. According to Harley-Davidson, there’s a 75 percent reduction in primary vibration at idle, so the motor will be dancing considerably less at stops. 7. Liquid cooling keeps the rider cooler. With oil- and radiator fluid pulling heat from the motor, the rider and passenger will find summers less toasty. The exhaust has also been redesigned to direct heat away from the rider.8. Ergonomics are improved. The Milwaukee-Eight motor has a slimmer primary drive cover, and lower-profile air cleaner cover. Also, the motor gets an Assist and Slip clutch for reduced clutch pull and diminished likelihood of chirping the tires when downshifting. 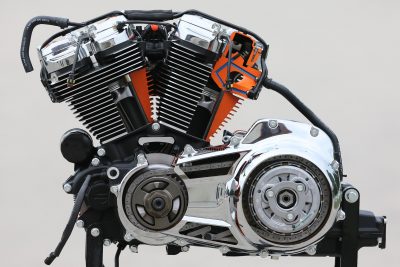 9. You can power plenty of electric devices with the Milwaukee-Eight motor. The charging system is 50 percent more robust than before, so add accessories to your heart’s content.10. Harley-Davidson Vice President of Styling and Product Development Strategy Scott Miller on the Milwaukee-Eight powerplant: “The guiding principle behind the Milwaukee-Eight engine was our voice of customer research from every region of the world. Riders asked us to create a new engine designed to enhance their motorcycle touring experience in every way. Those same voices also demanded that we stay true to our legacy and respect the defining elements of a Harley-Davidson V-Twin. It was a big challenge, but one we’ve met. With the Milwaukee-Eight, a new era of Harley-Davidson power, performance and innovation has been forged.”11. Harley-Davidson Director of Styling Brad Richards on the aesthetics: “The Milwaukee-Eight engine is styled to project power. I compare it to the back of a swimmer, lean in the waist but broad and muscular in the shoulders. The rocker covers look like skin stretched taut over muscle, like the rocker arms are about to burst out of the engine. For the first time since the Knucklehead, the rocker covers reflect the action going on below, and they are massive. When you sit on the bike, you can look down and see more of this engine.”