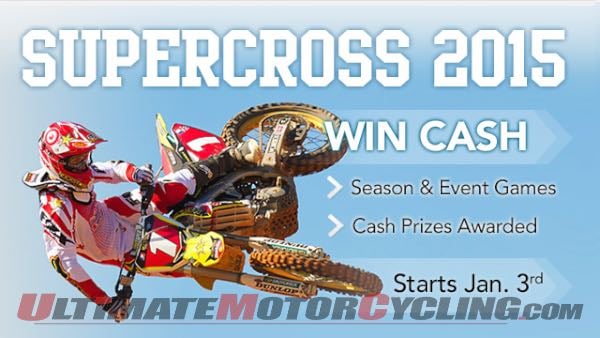 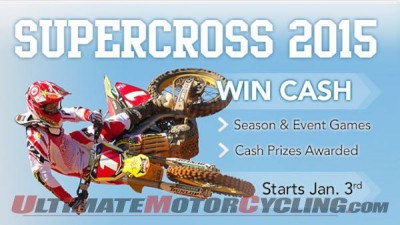 2015 Fantasy Supercross SeasonFantasy Action Sports League – the largest online action sports fantasy game aggregator – has launched a new Fantasy Supercross game.Like an SX team manager, players are must manage a budget to build their own teams . Players are given a $120 million salary cap, and will fill a roster of 10 riders. Riders are given rankings and corresponding salary values that will fluctuate throughout the season based on their performances.Users can cut, drop or trade riders as often as they’d like throughout the season, but they must always stay within the allotted $120 million budget.For 2015, FASL is offering both free and pay-to-play games, with games ranging from 2 player head-to-head to multi-player games offering larger cash prizes. FASL is also offering games for the complete 2015 Season, as well as offering games for each of the 17 scheduled Races, starting this weekend with A1.Players can log onto http://fantasyactionsportsleague.com/ for details on how to register and win.About Fantasy Action Sports League: Founded in 2009, FASL is the largest online action sports fantasy game aggregator and the only site to give away $100,000’s of dollars in cash and prizes to action sports fantasy gamers since 2009. The company’s name says it all with professional games in moto, surf, skate, snow and wake.