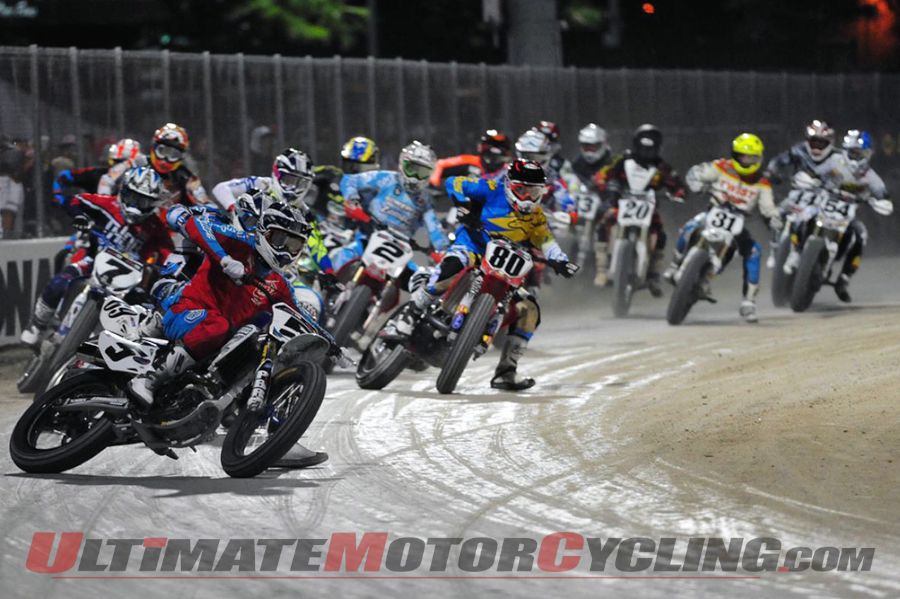 2015 AMA Pro Flat Track CalendarA week after announcing the name changes for 2015 AMA Pro Flat Track, AMA Pro Racing released a tentative schedule with 12 of 16 expected rounds confirmed.AMA Pro Racing reports its in negotiations with the four additional venues. The series’ two classes – renamed GNC1 and GNC2 to honor the series’s past – will kick off at Daytona with the first two rounds.Heading into 2015 AMA Pro Flat Track, Jared Mees (Harley-Davidson) will don the Number #1 plate in the GNC1 class. He clinched the title in the final round by a mere three points over Bryan Smith (Kawasaki).Taking the former Pro Singles class title (now GNC2) was Kyle Johnson (Honda).Dirt track motorcycle racing was born in the United States and the series is one of the oldest motorsports championships in America. The first national race sanctioned by the American Motorcyclist Association (AMA) was held in 1924 on a one-mile dirt oval in Toledo, Ohio. AMA Hall of Famer Jim Davis won that very first race, setting the stage for three decades of growth and the creation of the Grand National Championship (GNC) in 1954, AMA Pro Racing says.As an homage to the 90-year history of the sport and the long list of Grand National Champions, the classes that comprise AMA Pro Flat Track have been renamed GNC1 and GNC2. All of the AMA Pro Flat Track events in 2015 will feature non-stop entertainment and thrilling motorcycle racing action from the world’s top dirt track racing talent in GNC1, while the future stars of the sport will earn their stripes in GNC2 competition, AMA Pro Racing says.2015 AMA Pro Flat Track Provisional Schedule: