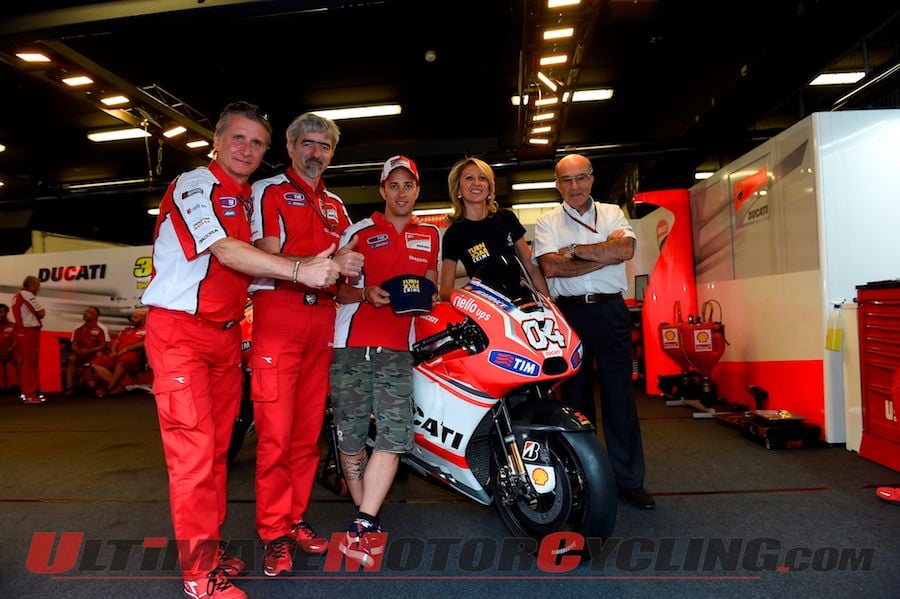 2014 Ducati Team NewsAt Catalunya MotoGP, each Ducati GP14 prototype featured something new that has a positive purpose – INTERPOL’s Turn Back Crime logo.The Turn Back Crime campaign, which is also supported by Jackie Chan of Marital Arts film status and Argentinean footballer Lionel Messi, and has been presented to Pope Francis and the UN Secretary General, is INTERPOL’s main effort to create awareness of crimes.Ducati Team riders Andrea Dovizioso and Cal Crutchlow, along with Pramac Racing Ducati’s Andrea Iannone, all support the great cause along with the team.Paolo Ciabatti, Ducati Corse Sporting Director, says: “The Ducati Team is proud to bring the Turn Back Crime campaign to the racetrack and to engage hundreds of thousands of passionate racing fans. We hope the shared values of Ducati Team and INTERPOL of integrity, motivation and commitment will help give visibility to this important campaign.”Roraima A. Andriani, Executive Director of the Turn Back Crime campaign, adds, “INTERPOL is thrilled to team up with Ducati in a joint effort to turn back crime, and we are delighted they are adopting this campaign to create awareness, generate engagement and encourage action. Ducati’s support will help the campaign move forward at full speed, while strengthening the message that, together, we can put the brakes on crime.”For further information, visit turnbackcrime.com.