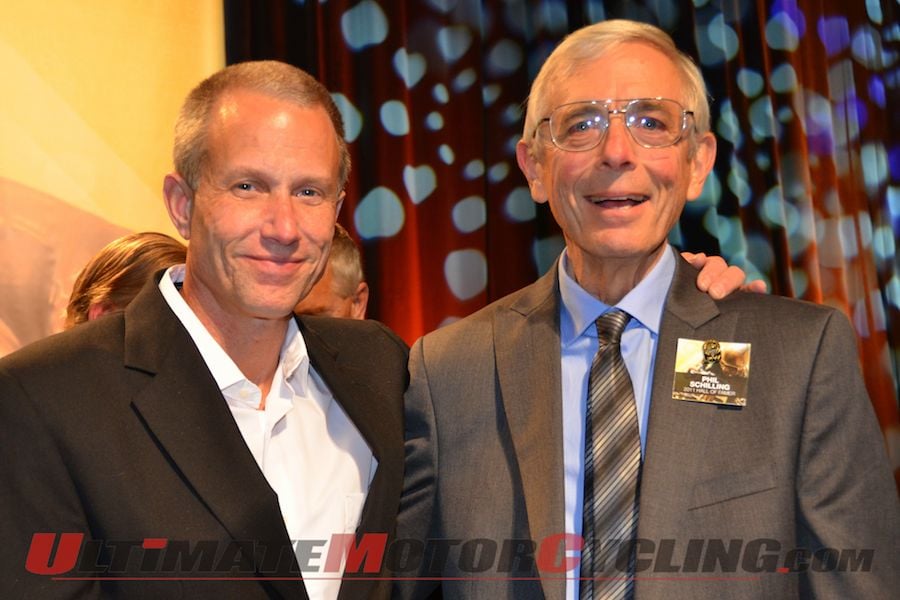 AMA Hall of FameSurrounded by world champions, industry family and friends, and nearly 60 current Hall of Famers, motorcycle greats Doug Polen and Phil Schilling are among the five outstanding motorcyclists being honored with this year’s induction into the AMA Hall of Fame.While all five inductees have played important roles in influencing the industry and sport of motorcycling, Ducati pays special tribute to two men who have significantly impacted its company history.Phil Schilling was one of motorcycling’s most accomplished journalists and an expert race tuner who set the early mark for Ducati motorcycle’s on-track success in America. In 1977, Schilling and Hall of Famer Cook Neilson entered a Ducati in the Daytona 200 and gave Ducati its first AMA Superbike win in the United States.Phil Schilling says: “After all these years, there is an exciting energy surrounding Ducati motorcycles that comes from a growing enthusiasm and devotion to the brand. I am happy to have played a small part in Ducati’s history, and to help bring its excellent and innovative engineering tradition to enthusiasts in the United States.“I am also extremely gratified that Cycle Magazine is remembered fondly by its readers and staffers. I am proud that Cook and I, with the help of many talented staffers, for two decades, were able to provide a smart, entertaining and literate magazine for a sophisticated motorcycling audience.”Doug Polen was a dominant national and world champion roadracer in the late 1980s and early 1990s. Included in his impressive winning performances were two World Superbike Championships in 1991 and 1992, and the 1993 AMA Superbike Championship all aboard Ducati Superbikes.Doug Polen says: “I would like to thank Ducati for making me feel like family while I raced forthem both in Europe and the United States. Being inducted into the AMA Hall of Fame is a really great thing, which for me will only get better with time. It puts a stamp of approval on my career and I am very flattered.”