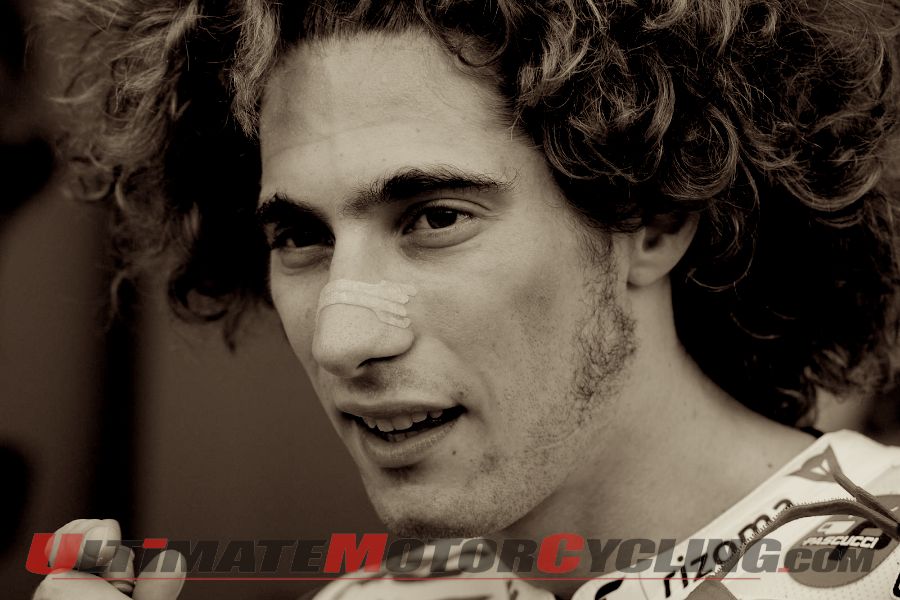 Marco Simoncelli TributeWithin hours of the Marco Simoncelli tragedy at Sepang MotoGP, tribute videos began surfacing on YouTube.Many displayed still pictures of the 24-year-old Italian who perished in the second-lap crash at Sepang Oct. 23, 2011, others show footage of Simoncelli from a few races. But in our opinion, the one attached above carries the most artistic merit of all others so far, uprooting many emotions regarding the MotoGP rider who raced using the now-sacred 58.This YouTube clip features highlights of Super Sic’s 2011 MotoGP Championship season, when he piloted the San Carlo Honda Gresini RC212V to the podium twice (third at Brno, second at Phillip Island).The dramatic effect of the Simonelli images are further enhanced by the song playing throughout – “Times Like These” by the Foo Fighters.True Simoncelli fans will understand…just remember to have a tissue nearby.For a bio of the 2008 250cc Champion, click here.