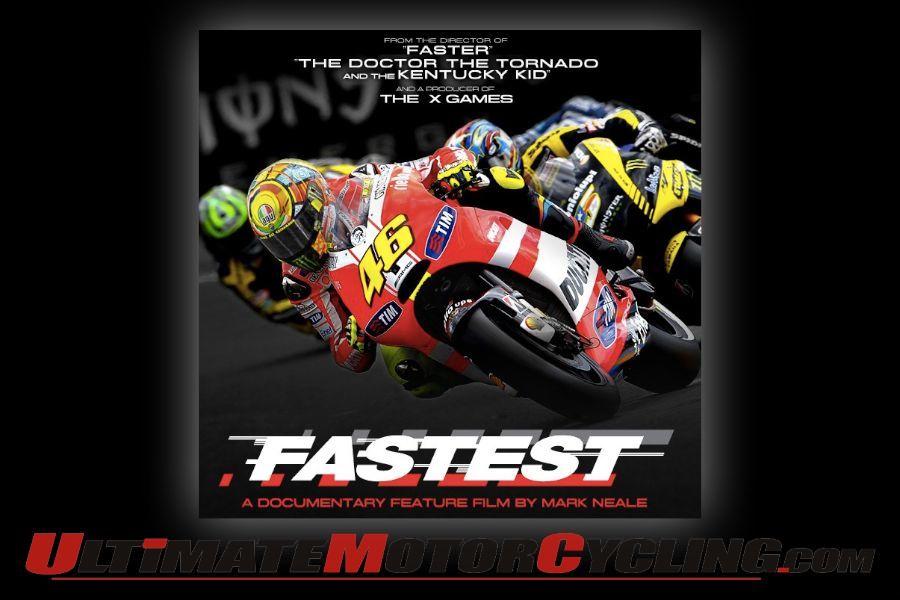 FASTEST MotoGP DocumentaryMark Neale’s FASTEST, a MotoGP Documentary featuring Valentino Rossi, the late Marco Simoncelli, Jorge Lorenzo, Ben Spies and Colin Edwards, will premier on the West Coast at the Dainese D-Store Orange County in Costa Mesa, Calif., at 6:30 p.m. Friday, Nov. 4.The FASTEST documentary follows these MotoGP stars, showing Rossi as he fends off the “young guns” during the 2010 MotoGP Championship – Lorenzo, Spies, Pedrosa and Casey Stoner. As we know, it was another exciting season won by Rossi’s then Yamaha Factory MotoGP teammate, Lorenzo.The FASTEST premiere will be shown at the D-Store Orange County, with reserved seating tickets being issued for a $5 donation. All proceeds will go to Roadracing World’s Action Fund, promoting roadracing safety. Contact the D-Store Orange County today to reserve your seat at this exclusive West Coast event!FASTEST is produced and distributed by Malibu, California based Media X International, Inc. (MXi) headed by Paul Taublieb. The company is acknowledged as a leading producer of action sports and motorsports films, television shows, viral content and live events, and is known for its dedication to authenticity, creativity, and execution. For more information on MXi, please go to www.mediax.tv.The D-Store Orange County is Dainese’s flagship showroom in Southern California. One of only three D-Stores in the U.S., inside you’ll find Dainese’s full collection of riding gear, as well as legendary AGV helmets, as worn by the world’s top racing champions.