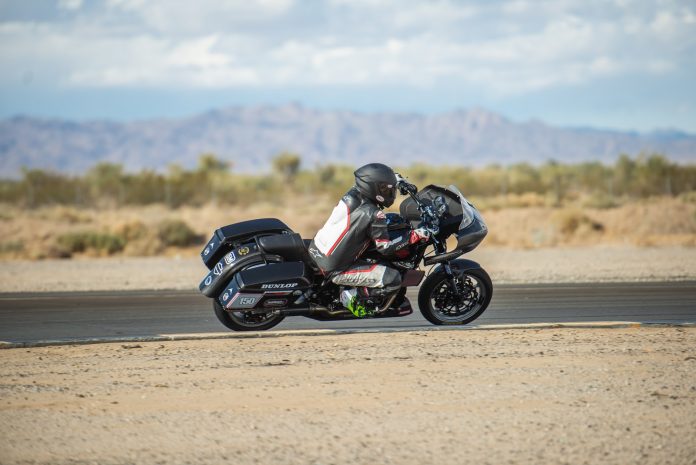 Building on the success of MotoAmerica’s King of the Baggers race last year, the Bagger Racing League (BRL) is expanding. Although there’s only a single race announced so far—June 25-27 at the Utah Motorsports Campus—there is great interest in the developing series.Over two-dozen Harley-Davidson dealers, aftermarket companies, and other organizations are planning to participate in the Bagger Racing League.Harley-Davidson dealers in BRLOther companies in BRLSponsoring companies include Barnett, Drag Specialties, Fite, Lucas Oil, and Shred Moto.So far, the Bagger Racing League has established five classes:With over 100 racers slated to hit the track in the various classes, enthusiasm is high. “We’re thrilled with the response,” says BRL founder Rob Buydos. “We thought there was a demand for this, and we’re excited to be proven right. The proliferation of performance baggers we’ve seen over the last half-decade inspired us to create an event that could help promote the parts that make these bikes so sought after. This is just the beginning, and I can’t wait to see how much it can grow.”Bagger Racing League is planning each race to be a three-day event. There will be a V-twin vendor village, an Arlen Ness Custom Bike Show, and stunt shows in addition to the racing. Camping will be available to the live audience, and they are putting together a television package. Various packages for the Utah Motorsports Campus range from $70 for a two-day pass to $2400 for an all-inclusive experience.