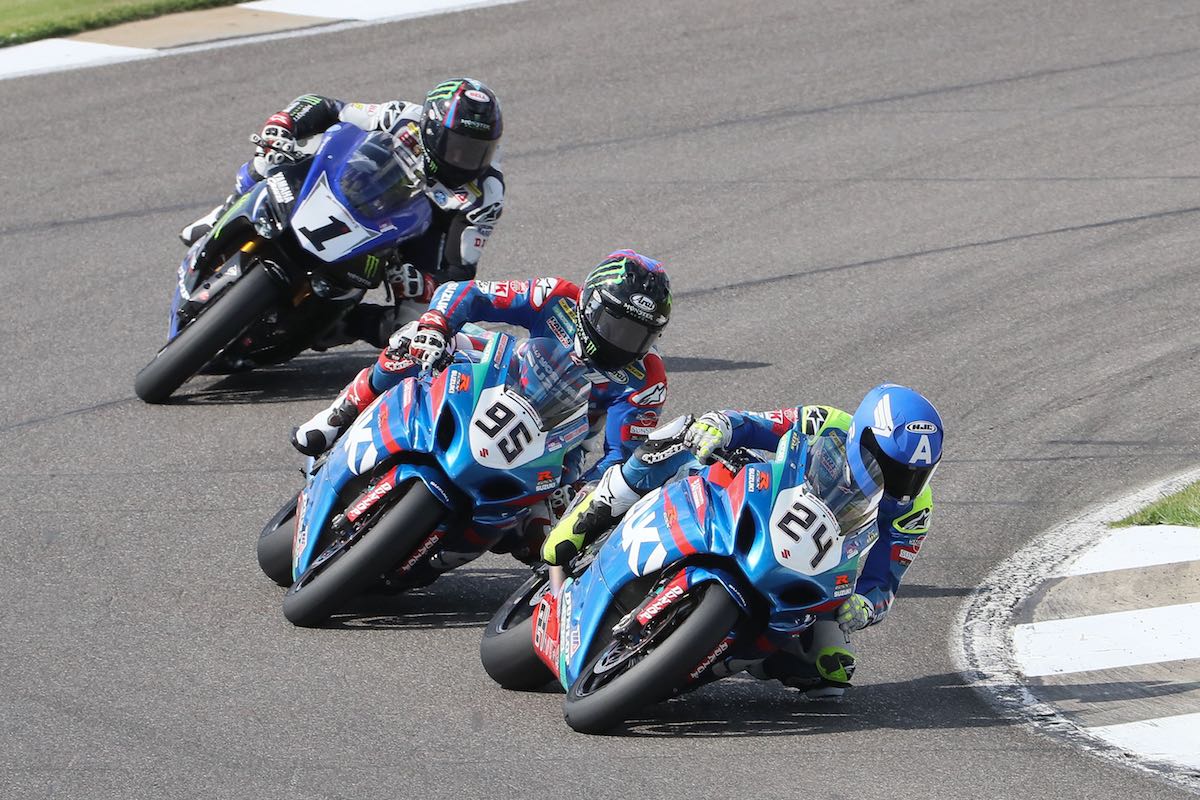 Following a one week break after Graves Yamaha’s Cameron Beaubier dominated Road America, the 2016 MotoAmerica Championship headed to the deep south for round six at Barber Motorsports Park in Alabama.Race one  was one of redemption and disappointment. Qualifying on the front row were Cameron Beaubier (Monster Energy/Grave/Yamaha), Taylor Knapp (Yamahlube/Westby Racing), and Toni Elias (Yoshimura Suzuki). Ahead of Barber Motorsports Park, Beaubier seemed like the clear front runner, the California coming off a double win at Road America – but that all changed when the lights went out. The terrible heat, the humidity, and a technical track where the YZF-R1 couldn’t extend its legs changed everything this weekend.Getting a brilliant start, Beaubier and the Yoshimura Suzuki GSX-R1000 team shot out front, Hayden immediately pushing up into the lead pack. But Beaubier was just a bit too hungry on the opening lap, blowing the first corner and running off track. From then on, his race was settled, clawing through the technical Barber Motorsports Park while the front runners made their escape.

Roger Hayden seized the opportunity and held onto the lead from lap one until the end. The two Yoshimura Suzuki’s running away from an obviously hungry Josh Hayes who was desperately moving through the ranks but some fast Superstock bikes in form of Josh Herrin on the Wheels in Motion/Meen Motorsports R1, Claudio Corti of Aprilia HSBK, and Taylor Knapp slowed his march. 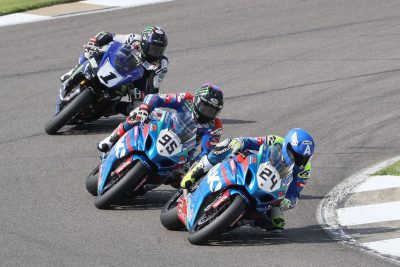 With Knapp out of the race, both Yoshimura Suzuki riders were on the front row, alongside Beaubier, the man on pole. Elias and Beaubier got off the line quickly, as did Superstock 1000 riders of Corti and Herrin.From the onset, Elias set the pace with a determined Hayden chasing Beaubier in second place. Behind them, Hayes slashed his way through the Superstock bikes, not doing better than fourth for the remainder of the race.With the Yamaha rider seemingly subdued by both Barber and the weather, it appeared that Toni’s GP experience along with Hayden’s southern upbringing, gave them an edge against the rest of the field. So while we’ve seen the Yamaha bikes run dominant races for the last few events, things can change when the environment favors someone with just a bit extra.Elias and Hayden diced it up several times throughout the race, but in the end, it was Elias who took home the checkered flag. “It was not easy because I was sure the guys behind me had a better pace. I learned a lot from the first race. I was suffering a little bit trying to follow Roger,” said race winner, Toni Elias and that’s what we saw as well but according to Elias, it was a team effort, “I made him improve and he makes me improve, it’s the only way we can beat the Yamahas.”Roger Hayden claimed a solid second place finish, only a tenth behind Elias with Beaubier, Hayes and Josh Herrin rounding out the top five.In Superstock 1000, Herrin remains the man to beat with four consecutive race wins under his belt. The battle in Superstock has been remarkably close this season but after Corti suffered a major high-side in race one today, Herrin has been able to extend his points lead further. Corti now sits in third place due to his DNF with Bobby Fong moving into second place.Bobby Fong trailed Josh Herrin close and secured a second place finish. After a disappointing race one result, Danny Eslick managed to pull off a third place finish. He had a mechanical issues which caused him to retire from race one. Claudio Corti picked up fourth place and Matthew Scholtz secured a top five Superstock 1000 finish.That’s it from Barber Motorsports Park. If you’ve been missing out on MotoAmerica action, all you need to do is contact your service provider and make sure you can get BeIN sports. The racing is close and there are a handful of riders that I’m sure we’ll see hitting the world stage in a few years. So racing fans that didn’t know – know you know, get BeIN and support American road racing.