For the first time since 2005, the FIM International Six Days Enduro (ISDE) returns to Slovakia. This year’s 90th edition of the ISDE – the longest-running event of the FIM – begins at Kosice September 7 and continues through September 12.Enduro sports in Kosice go back to the 1960s when the first two enduro clubs were founded, and Slovakia is keen to show it’s strong, successful and proud enduro history.As defending ISDE champions, France travel to Slovakia eager to capture their fourth consecutive FIM World Trophy team victory. One of enduro’s leading nations in recent times, the six-strong team of Marc Bourgeois – Yamaha, Anthony Boissiere – Sherco, Loic Larrieu – Sherco, Antoine Basset – Sherco, Jeremy Joly – KTM and Mathias Bellino – Husqvarna, start the week-long event with the biggest target on their backs. But unlike in previous years they will not have the advantage of past ISDE individual winners Pela Renet and Christophe Nambotin to help them lead the way.Runners-up to France in Argentina, USA arrive in Košice chasing their debut ISDE win. Coming close to victory during the last few years, they have learned from their previous mistakes and are determined to make 2015 the year they finally stand on the top step of the ISDE podium.Third overall in 2014, Spain were somewhat understated in Argentina. Starting their week quietly, they gradually chipped away at a podium result. With all six riders impressing well in the 2015 FIM Enduro World Championship, Spain have the ability to deliver repeated success this year.Making the long trip from the Southern Hemisphere, Australia are focused on returning to the ISDE podium in 2015. Led by current FIM Enduro 3 World Champion Matt Phillips – KTM, the Australians, like all competitors, will first have to get their riders to the finish of day six of what is expected to be a tough, but enjoyable event. 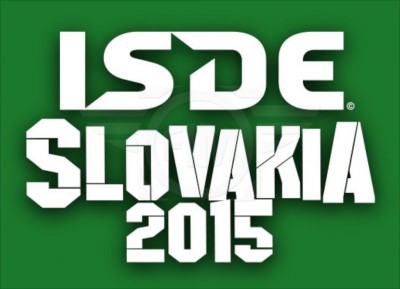 Determined to deliver an impressive result on home turf, host nation Slovakia have the ability to shake things up. With local knowledge to their advantage, plus the support of their country behind them, the team will be giving it their all to secure a top five result. With a total of twenty-three nations contesting the FIM World Trophy classification the fight for top honors is set to become an exciting one.In the FIM Junior World Trophy class, USA’s Grant Baylor – Yamaha, Steward Baylor – KTM, Nicholas David – Husqvarna and Michael Layne – Honda, start as defending champions. Worthy winners in 2014, the team are focused on repeating that winning result in Slovakia. However, with teams like France, Germany, Australia, Czech Republic, Finland and Great Britain all in the mix, the battle for victory is too close to call.In the FIM Women’s World Trophy competition it is Australia who once again look the strongest nation. Simply unbeatable during last year’s edition of the race in Argentina, the Australian trio of Jessica Gardiner – Sherco, Tyla Jones – Yamaha, and Jemma Wilson – Yamaha remain unchanged for 2015. USA, Finland, France, Slovakia and Sweden all hope to offer a serious challenge.Follow the ISDE Live – Download the Free ISDE App here.