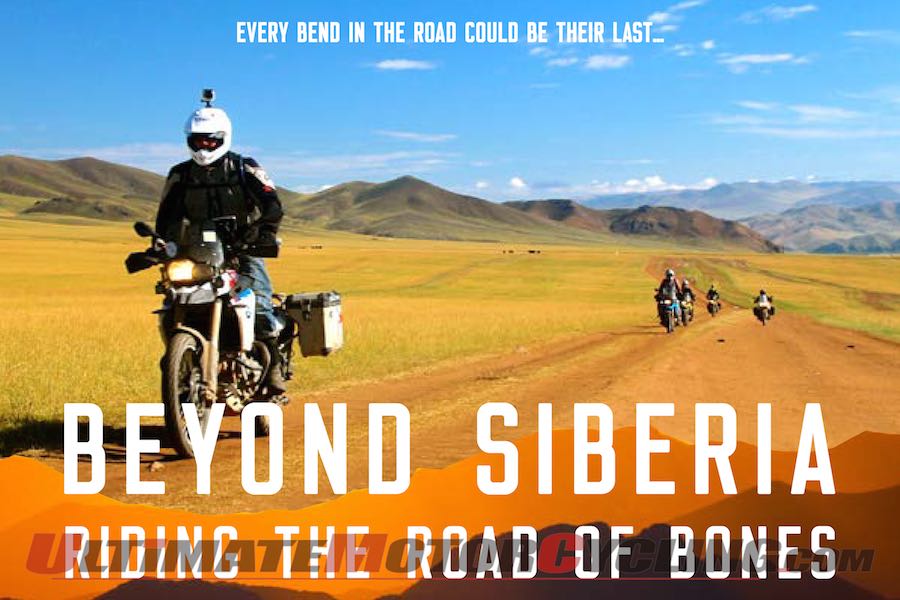 A new TV mini series is about to exploit Compass Expeditions’ 105-day adventure-riding tour from London to Magadan.The series, titled “Beyond Siberia – Riding the Road of Bones,” documents the story of 16 riders as they trek over 18,000 miles. All the film work was completely by documentary filmmaker Robin Newell; a teaser is attached above.Compass Expeditions says international television distribution company “Beyond” will represent our series and will be releasing it at MIPTV in Cannes; the worlds most prestigious TV / Digital market event, held annually at the Palais Des Festivals, Cannes.“It’s about time the world caught on how exciting riding motorbikes is” said Jerry Cook of Compass Expeditions, “launching at such a prestigious TV and film market is testament to that” continues Jerry, “with 1,000 participants from 100 countries, 60 keynotes speakers, 25 pavilions, 3,800 buyers 1,600 exhibiting companies 1,700 production companies 1,000 VOD buyers and 300 journalists all attending MIPTV”.Yvonne Body, Beyond Distribution’s Head of Acquisitions said: “We are very excited to be launching Beyond Siberia – Riding The Road of Bones at MIPTV. It’s an action-packed series that will appeal to audiences all over the world, who will share first-hand the hardships and dangers of the ride, as well as the spectacular scenery in countries that very few people will ever visit themselves. This is true armchair adventure.”Compass Expeditions is already planning its second TV series. This two-part series will also be one of the world’s most challenging motorbike routes. Starting in Cairo and riding the full length of Africa arriving in Cape Town three months later.For more details please contact jerry@compassexpeditions.com or call us at 1300 887 327 or for international callers +61 3 9747 2379, or visit compassexpeditions.com. 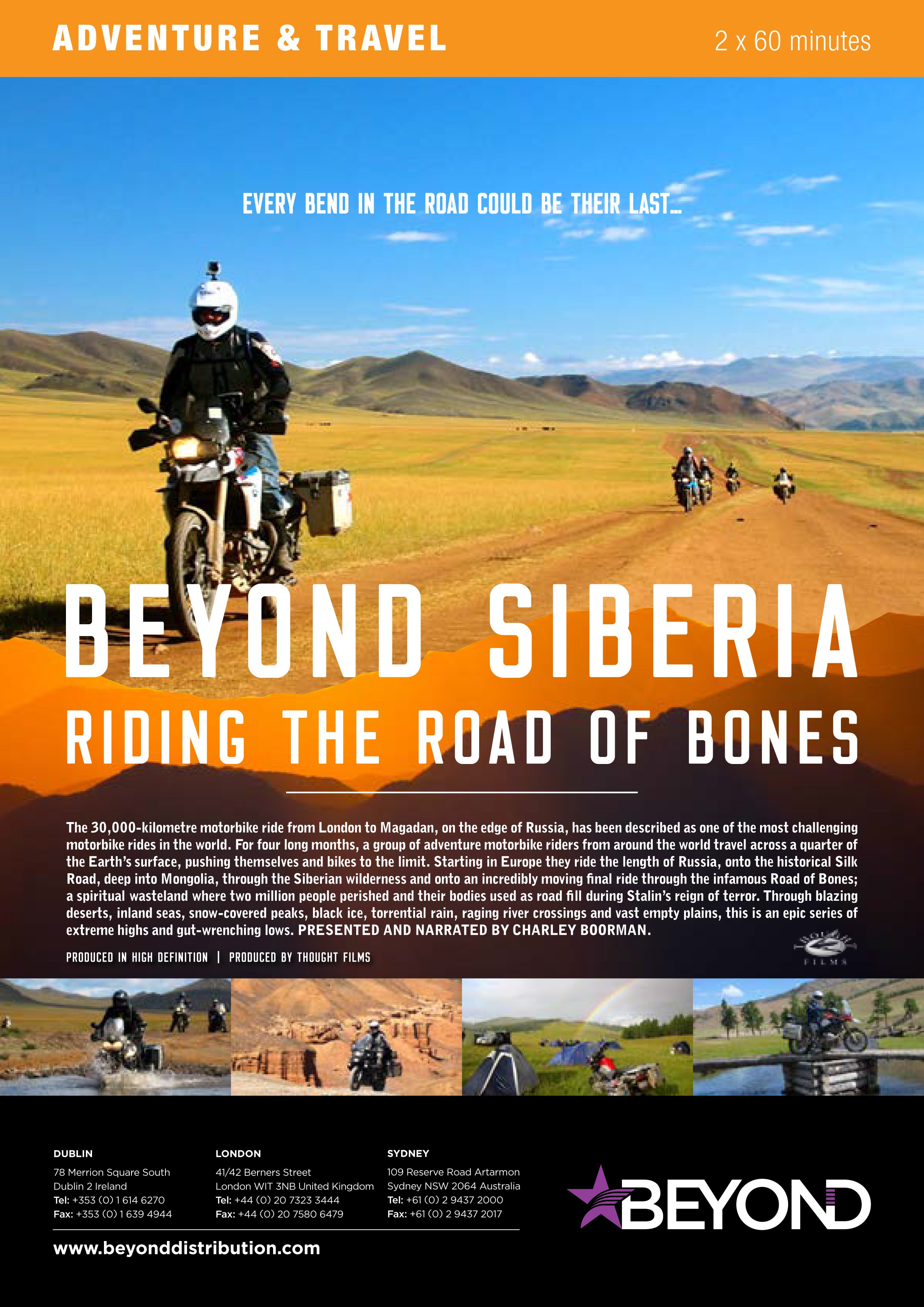