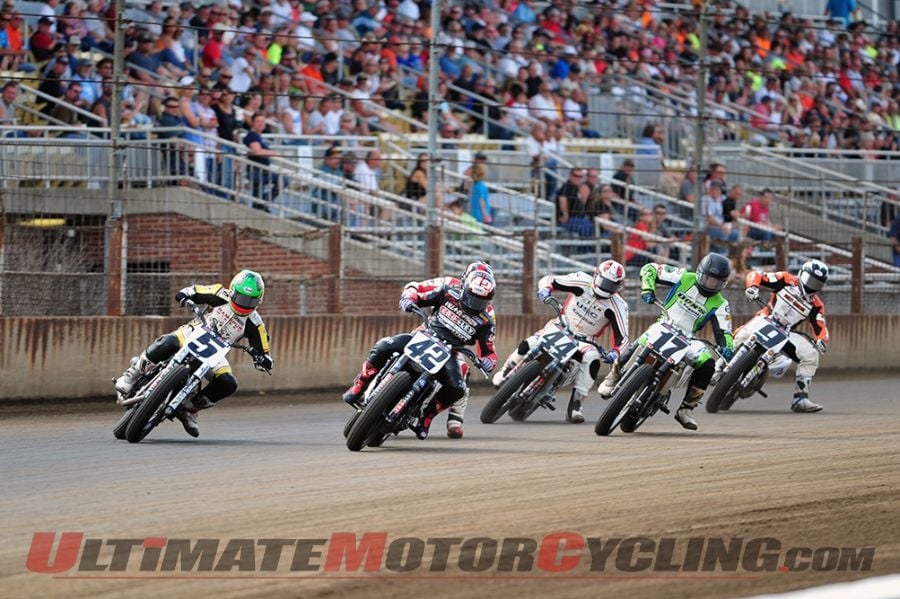 AMA Pro Flat Track ClassesAMA Pro Racing announced today a renaming of the classes for AMA Pro Flat Track with a nod to the rich history of the world’s longest-running and most prestigious dirt track championship and its long list of Grand National Champions.The previously named Expert division, which has been contested by some of the top motorcycle racing talent in the world since the inception of the Grand National Championship in 1954, will now be called GNC1, while the sport’s up-and-comers will compete in a class titled GNC2.“As we focus on the bright future of flat track racing, we felt a renaming of the classes was necessary in order to embrace the legendary history of the sport,” said Michael Gentry, Chief Operating Officer of AMA Pro Racing. “We are excited about the future and feel these changes will make the format easier for fans to understand while honoring the Grand National Champions who built this great American sport.”The Grand National Champion’s No. 1 plate, currently owned by Jared Mees, will be awarded to the top GNC1 rider at the end of the 2015 season. Just like in the Expert class in 2014, competition will include the thundering twins on Half-Mile and Mile circuits while the riders will compete on single-cylinder motorcycles for Short Track and TT (Tourist Trophy) events.At the end of the season, the top rider in the GNC2 class will be crowned in a similar fashion and awarded a No. 1 plate for that division. The riders in GNC2 will mount single-cylinder machines at most stops, as was the standard during the Pro Singles era. In order to provide a stepping-stone platform for the stars of tomorrow, riders will compete and earn points for the GNC2 championship aboard twin-cylinder motorcycles tuned to a specific performance envelope at larger circuits, such as the Springfield Mile.AMA Pro Flat Track will kick off the 2015 season on March 12 and 13 with a doubleheader at the DAYTONA Flat Track. For tickets and information, please visit Daytona International Speedway.