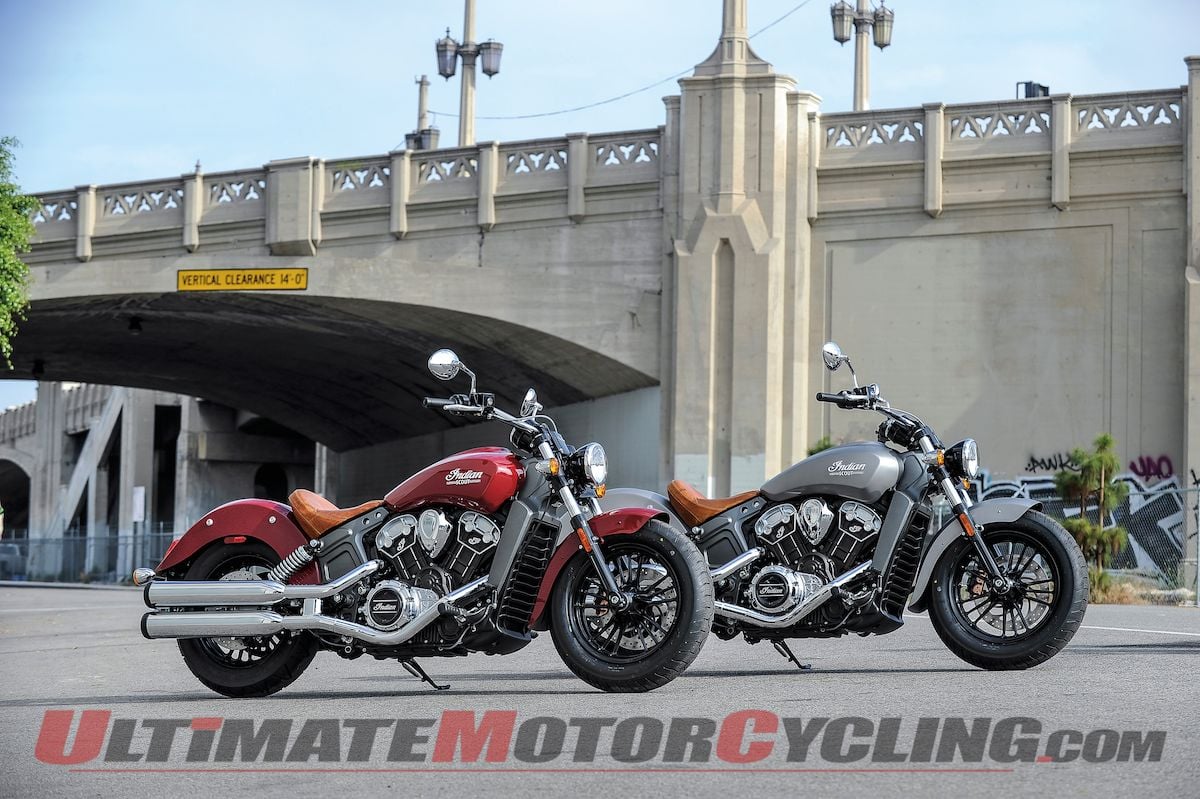 2015 Indian Scout Photos
Unveiled at the 74th annual Sturgis Motorcycle Rally, the 2015 Scout is the first non-Chief based motorcycle in the Indian Motorcycle lineup since Polaris took ownership in 2011.The Scout arrived just days after Indian unveiled the Roadmaster, which is a luxury-touring version of the fully-faired Chieftain.A direct competitor to Harley-Davidson’s iconic Sportster, the Scout arrives with an all-new liquid-cooled 69-CI V-Twin that produces 100 horsepower and 72 ft/lbs of torque.Paying tribute to the original Scout, which was produced from 1919 through 1949, the new 2015 model features the “rigid triangle” design. This helps cradle the engine to keep the center of gravity low, improving maneuverability.The Scout features a light-cruiser weight of 558 lbs., a 25.3-inch seat height, and premium coil-over monotube rear shocks. And as for price, the starting MSRP is $10,999.Attached above is a gallery of 2015 Indian Scout photos; each picture also makes for great wallpaper.We were also at Sturgis for the launch of the bike; to read our review, visit 2015 Indian Scout First Ride. For full specs, visit 2015 Indian Scout Preview.