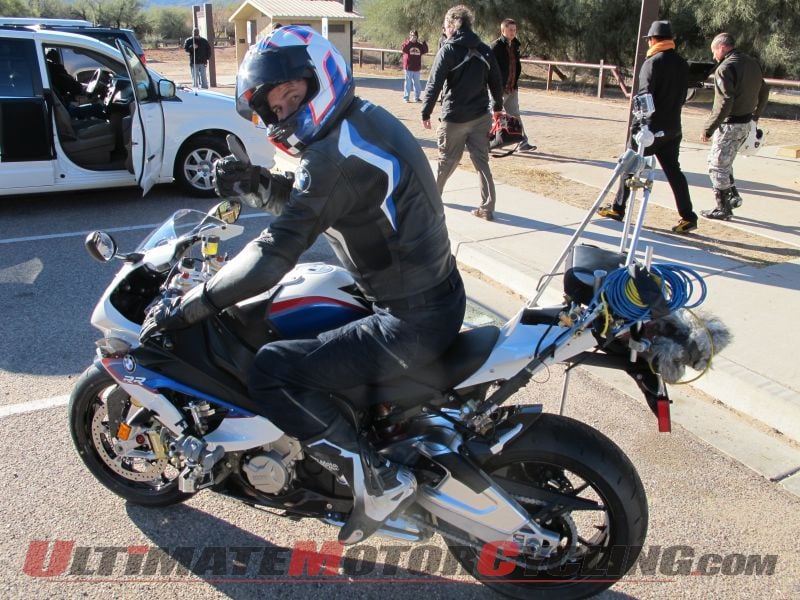 BMW USA Motorcycle Ad CampaignFueling the desire of motorcyclists who are restless to ride, BMW Motorrad USA is rolling out a national television advertising campaign – “Feed Your Restless” – beginning March 1.Each of the three national spots developed for the campaign features a segment of the BMW model range and tells a human interest story about the BMW ownership experience.  A fourth spot is available as a dealer tagged ad to be broadcast in local markets.More than 1,500 30-second spots will be broadcast nationally through early June on Velocity, Speed, Fuel TV, the Sportsman Channel, ESPN, ESPNews, the Discovery Channel, the History Channel, and the National Geographic Channel.Todd Andersen (Marketing Manager, BMW Motorrad USA) says: “The ‘Feed Your Restless’ campaign is designed to appeal to the heart and soul of motorcyclists and to expand brand awareness and interest in BMW motorcycles in a fresh dynamic way.“We understand motorcyclists are a unique consumer.  They possess a restlessness in their DNA – an undeniable need to jump in the saddle, throw caution to wind and feel the freedom of riding.  These commercials will resonate with that restlessness to ride.”The creative concept for the “Feed Your Restless” campaign was developed in conjunction with Tether, a global creative company based in Seattle, Washington.“Boots,” the TV spot highlighting BMW’s S 1000 RR, K 1300 S and R 1200 R sportbikes, features a group of close knit friends on an overnight sportbike ride.  They’ve landed at a roadside motel for the night and the commercial picks up early in the morning as the group is eager to get out and ride again.