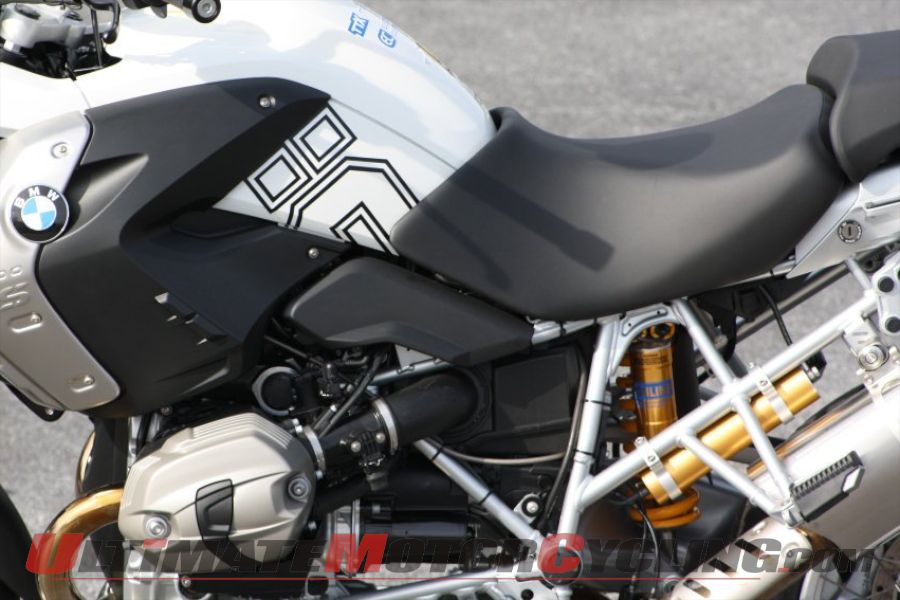 Aftermarket Electronic Motorcycle SuspensionOhlins Racing AB has the world’s first aftermarket electronic suspension system (ESA), designed to replace the electronically adjustable suspension on the BMW R 1200 GS ESA. With its Ohlins TTX shocks and Öhlins ESA ECU, it’s the most advanced mechatronic suspension system available, from its dynamic mechanics to its autonomic electronics.Öhlins’ mechatronic suspension system will be revealed to the USA market at the Long Beach, California IMS show this weekend, Dec. 9-11. It will be on display at the Ohlins USA booth, number 1560, mounted and functioning on a 2011 BMW R 1200 GS ESA. Also on display will be new product for sportbikes, MX bikes, and American V-Twins from Milwaukee.At the forefront in the development of electronically adjustable suspension, this latest mechatronic suspension system was developed out of Öhlins extensive experience with creating one of the World’s first production electronic suspension systems, found on the Ducati Multistrada. Equally, it evolved from Öhlins’ historic win in World Superbike with a Yamaha YZF-R1 fitted with electronic suspension in 2007, piloted by Noriyuki Haga. Öhlins’ performance reputation complements BMW’s heritage of quality, giving riders an appropriate upgrade for their touring needs.The mechatronic system from Öhlins interacts directly with the R 1200 GS ESA’s primary ECU, plugging directly into the existing user interface. The kit includes front and rear TTX shocks, a wiring harness, and a dedicated ESA ECU, utilizing the OEM display and rider controls for adjustment. As evidence of its smart-as-heck intelligence, the Ohlins mechatronic system features a semi-active function, automatically adjusting the suspension damping in relationship to the motorcycle’s speed. With the latest technology of twin-tube TTX shocks mated to a brilliant ECU, the mechatronic system from Öhlins provides a double upgrade: an athlete-grade suspension mated to head-of-the-class electronics.Using the BMW controls on the handlebars, the Öhlins system allows the rider to choose between BMW’s multiple driving modes and damping levels, along with various spring pre-load settings on the rear shock. But that’s not all. In ‘Comfort’ mode, the Öhlins ECU monitors the bike’s speed, and when it exceeds 80kph (49mph) the suspension’s damping is automatically altered to the firmer ‘Normal’ setting. When the speed exceeds 120kph (74mph), the damping is further increased to ‘Sport’ mode, for a more sporting controllability. When the speeds decrease, the damping reverts back to its original settings through the intermediate ‘Normal’ mode. This feature makes Öhlins’ ESA replacement system the World’s first autonomic aftermarket suspension system.The Öhlins mechatronic suspension system also allows riders to customize the spring rate on their R 1200 GS ESA through fitment of new springs as well as have their shocks fully serviced and maintained by one of the many specialist Öhlins Centers across the USA. The Öhlins BMW R1200GS ESA replacement system is now available, at the incredibly low MSRP of $3,279.00.For additional information, log onto Ohlinsusa.com.