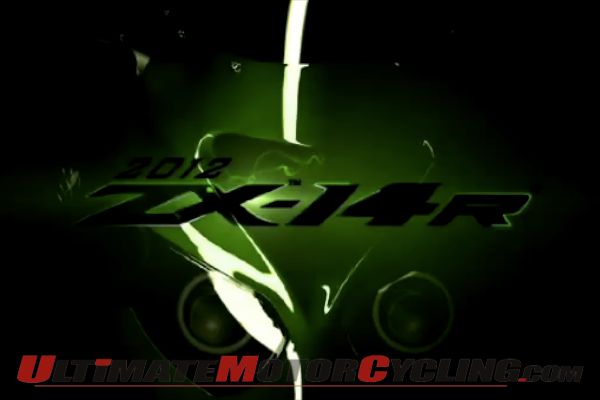 2012 Kawasaki ZX-14One of the most anticipated motorcycles in the 2012 Kawasaki lineup is the ZX-14 (ZZR 1400 Europe).But with no official information set to be released until Oct. 10, 2011, the Japanese marquee enhances the anticipation of the 2012 Kawasaki Hypersport by releasing teaser videos, including these two, called “Supreme” and “Ultimate.”The ZX-14 has received much praise since it replaced the ZX-12R in 2006, but hasn’t changed much throughout the years.For 2012, Kawasaki is expected to add traction control and anti-lock brakes to the bike that is expected to again push over 200 horsepower from its 1352cc engine.Stay clicked to UltimateMotorCycling.com for previews of this all-new, 2012 Kawasaki ZX-14. Until then, enjoy the teaser videos above and below.