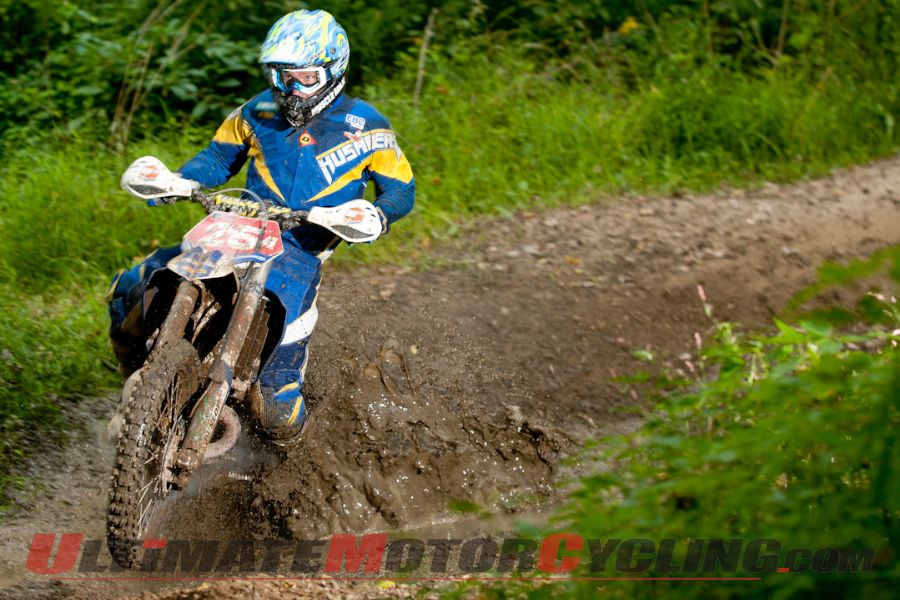 2011 AMA National EnduroIt may have taken the Husaberg Factory rider three years at the pro level to secure his first AMA National Enduro win, but once Nick Fahringer got a taste of the victory circle he has been unstoppable ever since.His latest victory was awarded at the ninth round of the AMA National Enduro Series held in Chandlersville, Ohio where he secured his third win in a row.Not surprisingly, the Ohio native took to the course very well.Nick Fahringer says: “This is the kind of terrain I grew up riding so I feel right at home in this race. I couldn’t believe I won the first test. I always struggle at the beginning of races and normally come on strong at the end so it was exciting for me to start off so well.”The second test is where Fahringer lost some time.Nick Fahringer says: “I hit a piece of debris in the trail and fell off my bike. Once I got going I became tangled in some barbed wire and lost some more time. I lost a little confidence after that section and had to really plug away at the next few tests to gain back the time lost.”With four tests remaining, Fahringer stepped up his game and began to chip away at his lost seconds. Heading into the final test he was sitting in 4th place 25 seconds behind the leader. “I just put my head down and charged as hard as I could through that final section and had a blast. That last section was really fun and I was able to put in a great time.”Fahringer went on to take the section win and the overall victory for the day by just one second over Thad Duvall. FMF/KTM riders Cory Buttrick, Charlie Mullins and Russell Bobbitt rounded out the top five positions while Fahringer’s Husaberg teammate Mike Lafferty finished 6th overall for the day.With his win streak in full swing Fahringer made a sad announcement yesterday that he will have to sit out the final round of the series.Nick Fahringer says: “Unfortunately, I tore my ACL two weeks ago in practice. I had originally intended to schedule my surgery after the final round in order to finish the series but it will not leave me enough time to fully recover for next season. If I have my surgery now, I will be able to recover and have one month preparation time before the 2012 season starts. With my recent success at the National Enduro Series I want to be 100% heading into next season and I believe this is the right choice to get me there.”Next Event: Final round – Matthews, IN – October 1, 20112011 AMA National Enduro Chandlersville, Ohio Overall Results:
1) Nick Fahringer – Husaberg
2) Thad Duvall – Yamaha
3) Cory Buttrick – KTM
4) Charlie Mullins – KTM
5) Russell Bobbitt – KTM
6) Mike Lafferty – Husaberg
7) Shane Hufford – KTM
8) Andrew Delong – KTM
9) Joshua Gaitten – KTM
10) Zach Klamfoth – KTM2011 AMA National Enduro Overall Point Standings:
1) Charlie Mullins – 210
2) Russell Bobbitt – 209
3) Nick Fahringer – 198
4) Cory Buttrick – 181
5) Mike Lafferty – 144