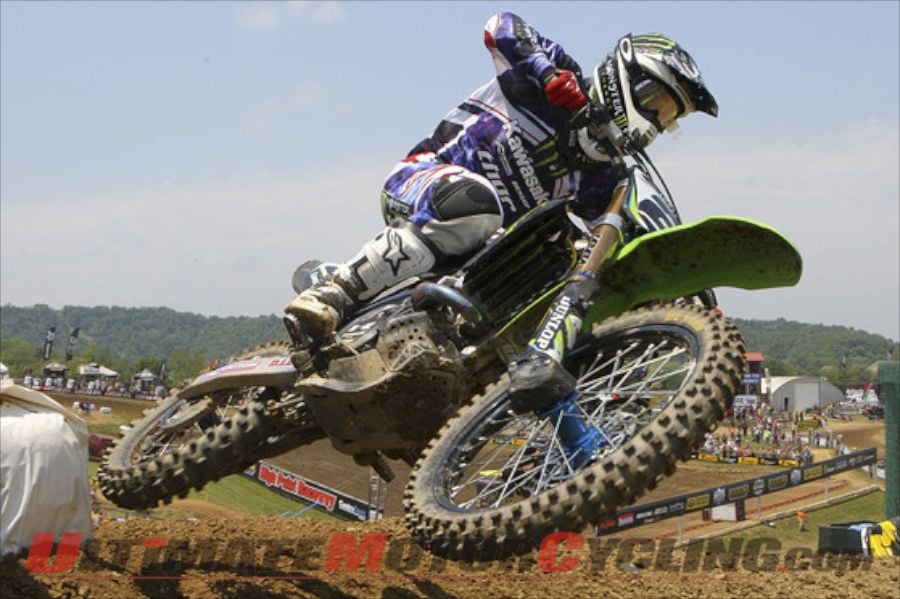 2011 Kawasaki Motocross/SupercrossIn the 2010 AMA Supercross Championship, Ryan Villopoto suffered a scary crash at Round 14 at St. Louis.During the Supercross wreck, Villopoto broke his right tibia and fibula, and the Monster Energy Kawasaki KX450F rider underwent surgery. Due to his injuries, he had to miss the rest of the 2010 SX season; up to round 14, he had won seven races.Many worried about Villopoto’s overall health for the 2011 AMA Supercross season, but hte 22-year old proved he was more than healthy, taking his first AMA Supercross Championship by four points over Chad Reed (Two Two Motorsports Honda CRF450F).Villopoto carried the championship-winning momentum to the outdoor AMA Motocross Championship. After four of 12 rounds in 2011 AMA Motocross, Ryan Villopoto has won two races, and is in second in the standings with 168 points, 15 behind Reed.Attached is an “In the Saddle” video from Kawasaki; in it, RV discusses his move from injured to title winner.