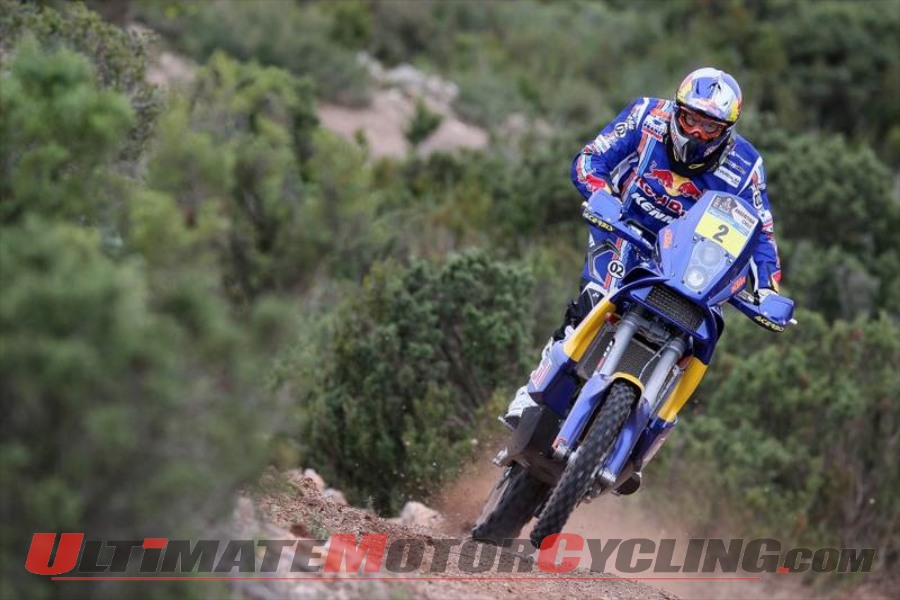 Dakar 2011Dakar Rally victory on the last stage before the rest day went to the Portuguese rider Ruben Faria ahead of compatriot Helder Rodrigues (at 0’50) and Red Bull KTM team mate Cyril Despres (at 3’45). Overall Cyril pulls back on leader Marc Coma and this evening is 8’48 behind the Spaniard, with the Chilean Chaleco Lopez third (at 22’12), Rodrigues fourth (at 27’35) and Ruben moving up one place to fifth (at 29’54).Cyril Despres says: "I felt good on the bike this morning and quickly caught up with Marc around the 45 kilometer mark. He wasn’t attacking very hard and I was getting ready to overtake him when Chaleco (Lopez) arrived and got between us." "That made overtaking a whole lot more difficult and I ended up getting stuck in their dust until the Erg at kilometre 240. It was a big climb up to the top and all three of us got stuck, but I got out first and made it round to the way point." "From there I opened the piste almost to the end when I was joined by Rodrigues. Now we are in the rest day bivouac and will have tomorrow off before attacking the second week of racing taking us back to Buenos Aires."