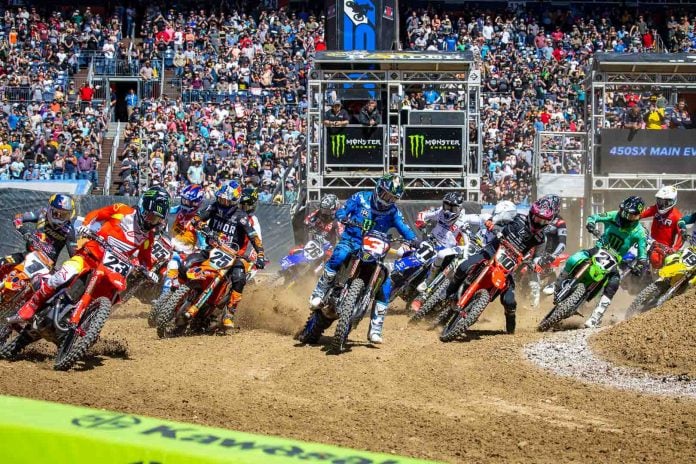 The inaugural 2023 SuperMotocross Schedule is here. It is a schedule of 31 races—17 Supercross rounds, 11 Pro Motocross rounds, two Playoff rounds, and a Final. The SuperMotocross World Championship is a unifying championship of the Monster Energy Supercross Championship Series and the Pro Motocross AMA National Championship Series. Although called a “world championship,” all the races are in the United States, and it does not have an FIM sanction.The riders in the 450 and 250 classes for the two Playoffs and the Final will be determined in two different ways. The top 20 riders in points from the 28 rounds are automatically in the Playoffs. Riders in with points in positions 21 to 30, along with riders who win an SX Main or MX overall, will be seeded into LCQ races to fill out the 22-rider field in the Mains. There will be two Mains at each Playoff and the Final.Maximum points escalate as the season works through the Playoff and Final races. A rider can earn a maximum of 26 points at Playoff 1, 52 points at Playoff 2, and 78 points at the Final. There will be two 20-minutes-plus-one-lap motos with Olympic scoring to determine the winner at each Playoff.The tracks are intended to be a mixture of Supercross and motocross. The only Playoff venue and date revealed initially is the Final at the Los Angeles Memorial Coliseum—the 1972 site of the first-ever supercross-style race. 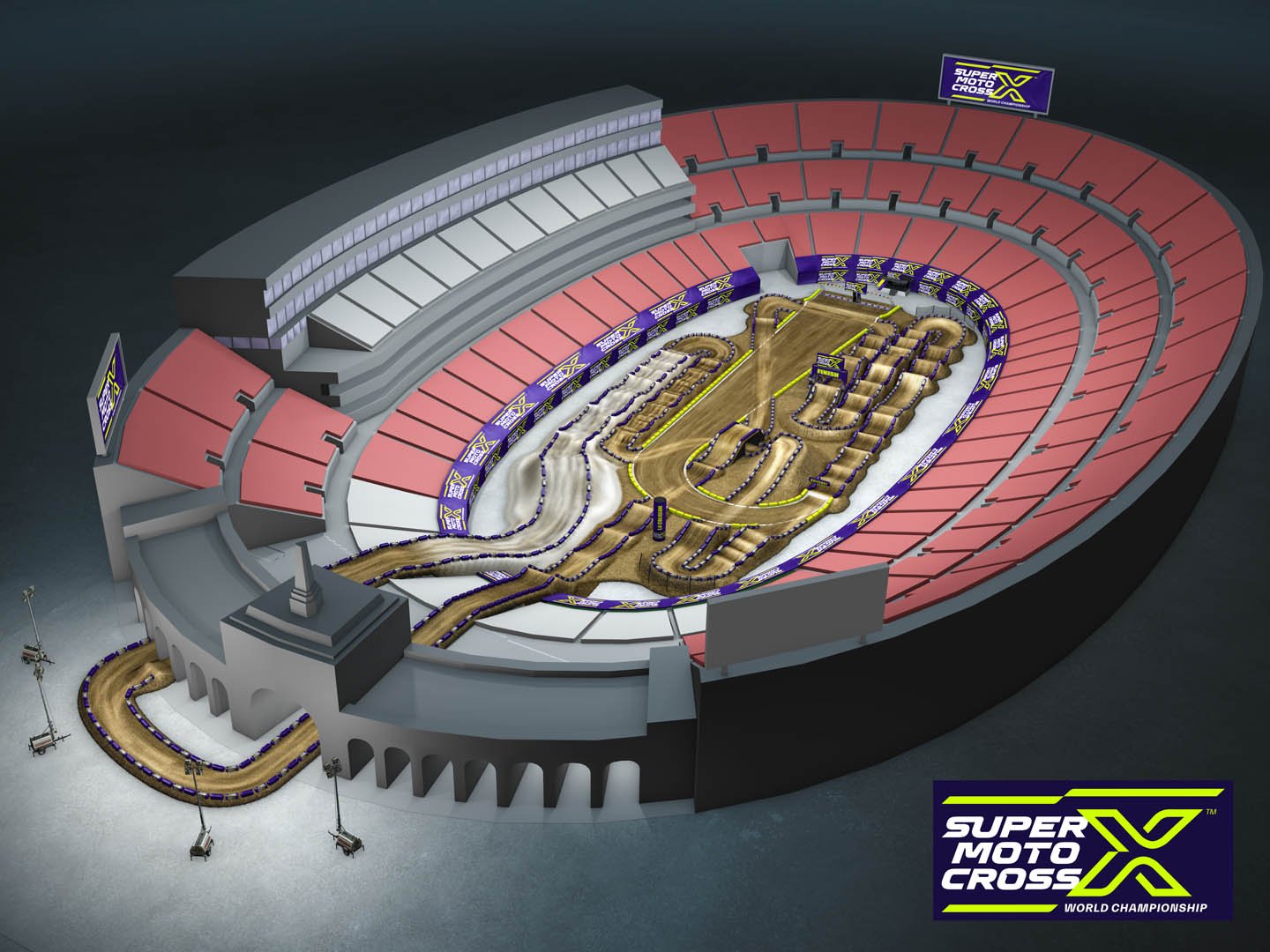