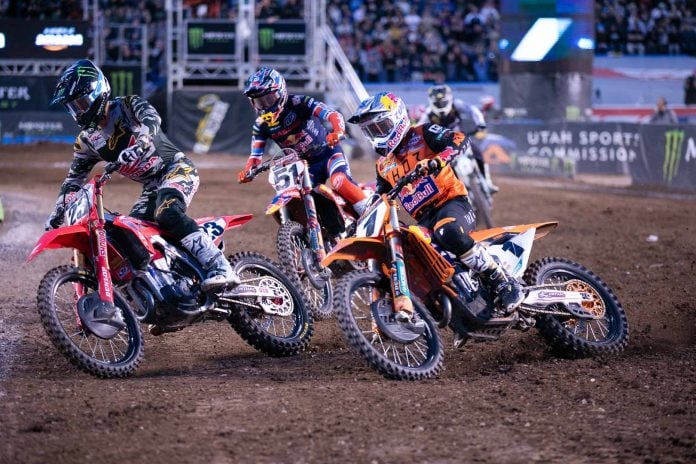 Born of an alliance of Supercross promoters Feld Motor Sports and Pro Motocross promoters MX Sports Pro Racing, the 2023 SuperMotocross World Championship Series will crown an overall champion for the two disciplines. As with any new endeavor, there are questions, and we’re here to answer them for you. 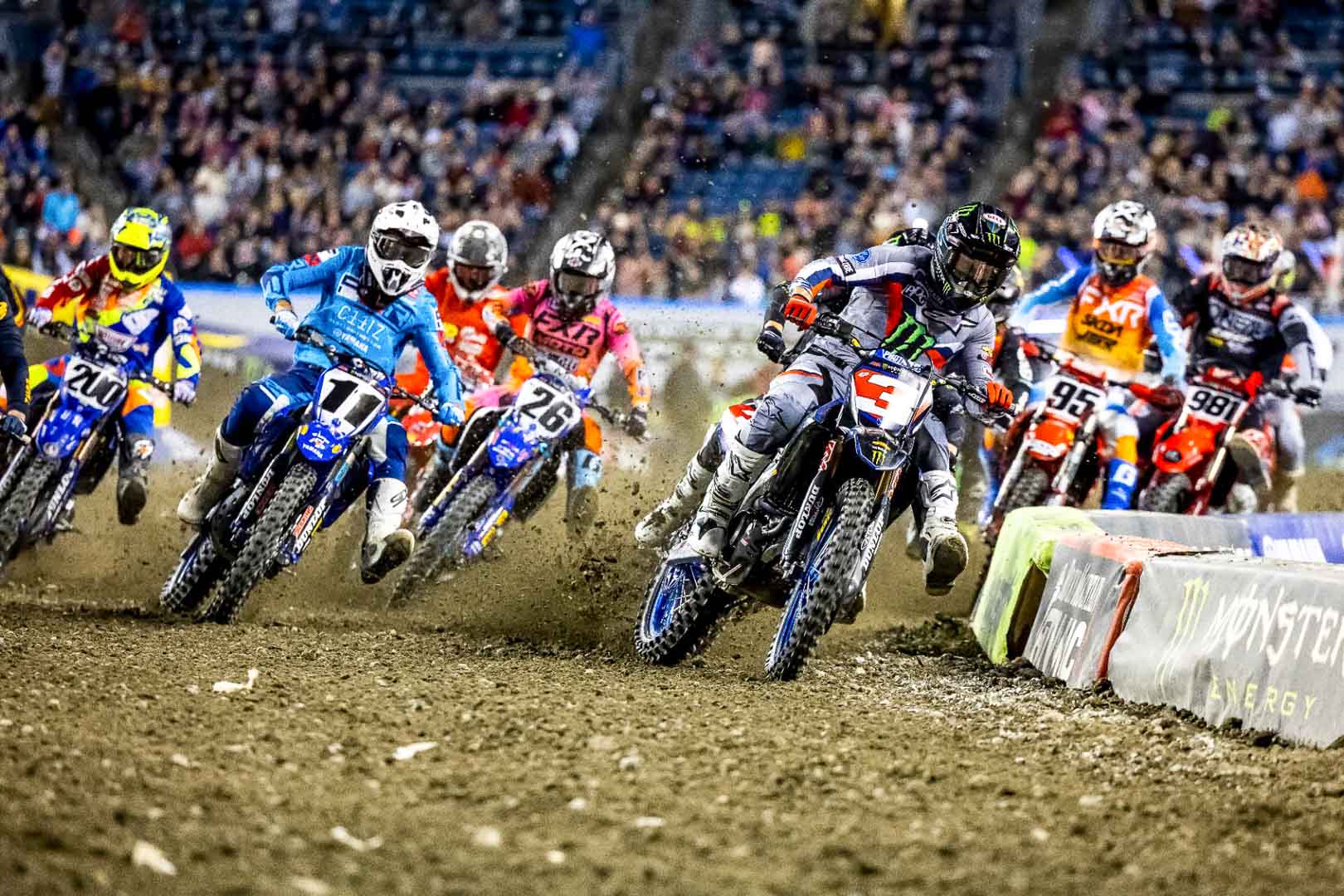 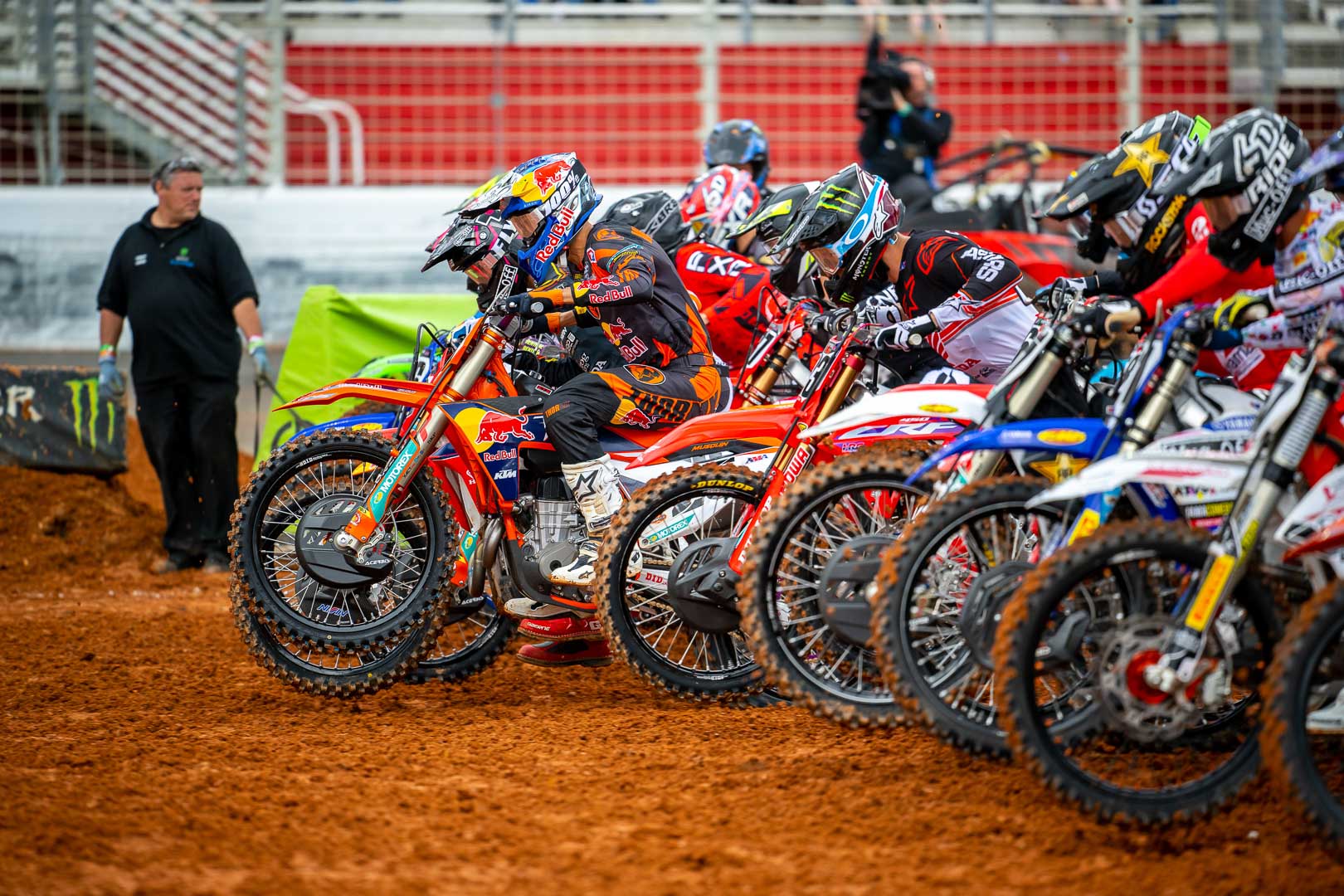 There are no direct carryover points, but the rider’s position in the standing is worth points. Going into Playoff 1, the top 20 riders will be awarded SMX World Champion Series points based on their finishing position at the end of the 28-round season. The points will be distributed based on the rider’s position in the overall standings. The rider with the most points will start the Playoffs with 26 points. P2 gets 23 points, P3 receives 21 points, P4 begins with 19 points, and then drops at one-point increments to a single point for the 20th seed. Riders outside the top 20 in points start the Playoff with zero points.There will be two 20-minutes-plus-one-lap motos for each class at each Playoff. Olympic scoring (1 point for P1 to 22 points for P22) of the motos will be used to determine the position of each player at each Playoff round—low score wins, as in the Triple Crown Supercross races. 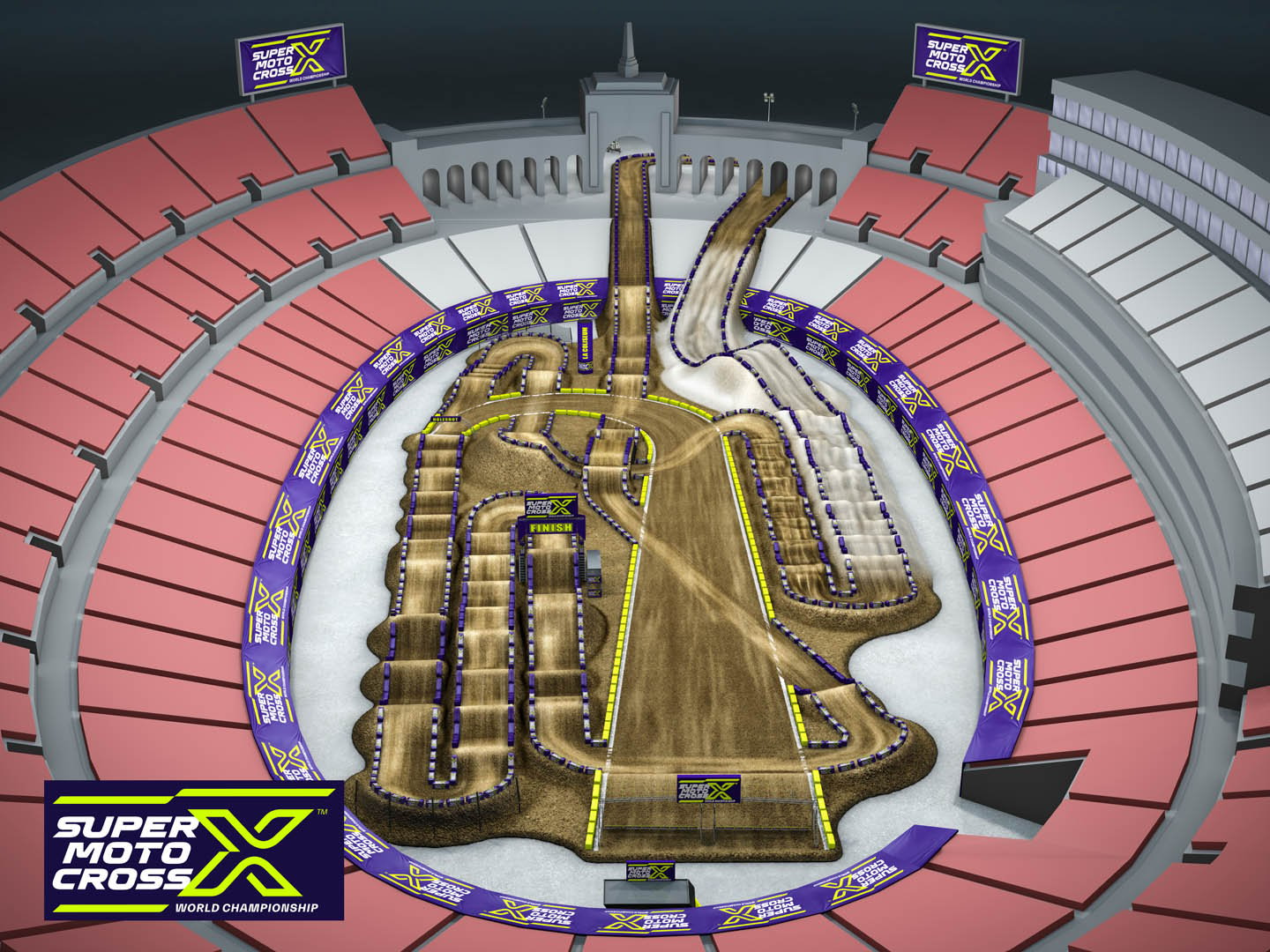 Organizers say the SuperMotocross courses will have “combined stadium and outdoor track elements.” However, looking at the track map shown for the Final at the Los Angeles Memorial Coliseum, the circuit is skewed toward Supercross. This will be the case at any stadium venue. The venues for Playoff 1 and Playoff 2 have not been announced.The total season purse is $10 million, with $5.5 million reserved for the three-round SuperMotocross playoffs. The 450 class championship is worth $1 million, and the 250cc champion gets $500,000. There are payouts to the top 40 riders in the 28-round season, and the top 30 in the Playoffs. 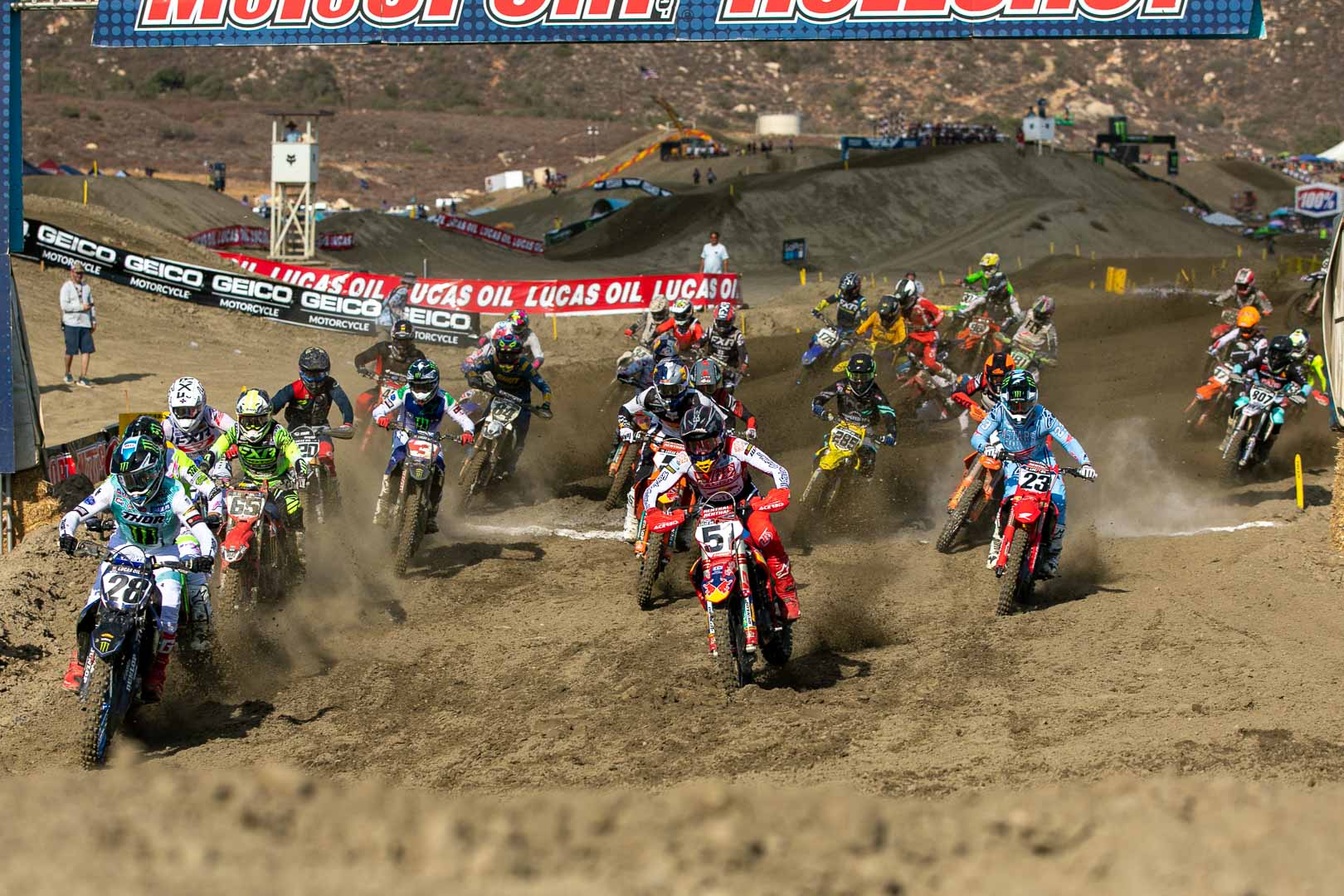 All the events are held in the United States, and the series is not sanctioned by the FIM—the world’s governing body for motorcycle racing, including MXGP, Supermoto, Rally, Hard Enduro, Trial, X-Trial, MotoGP, and World Superbike. All of the world’s best Supercross racers will be there, though not all of the world’s top motocrossers will be in the series. Ultimately, it’s called a World Championship because that’s how Feld and MX Sports want to promote it.Peacock is taking over the streaming for all 31 rounds. Cable and broadcast coverage will be handled by NBC, CNBC, or USA Network, depending on the race. This is a five-year deal. 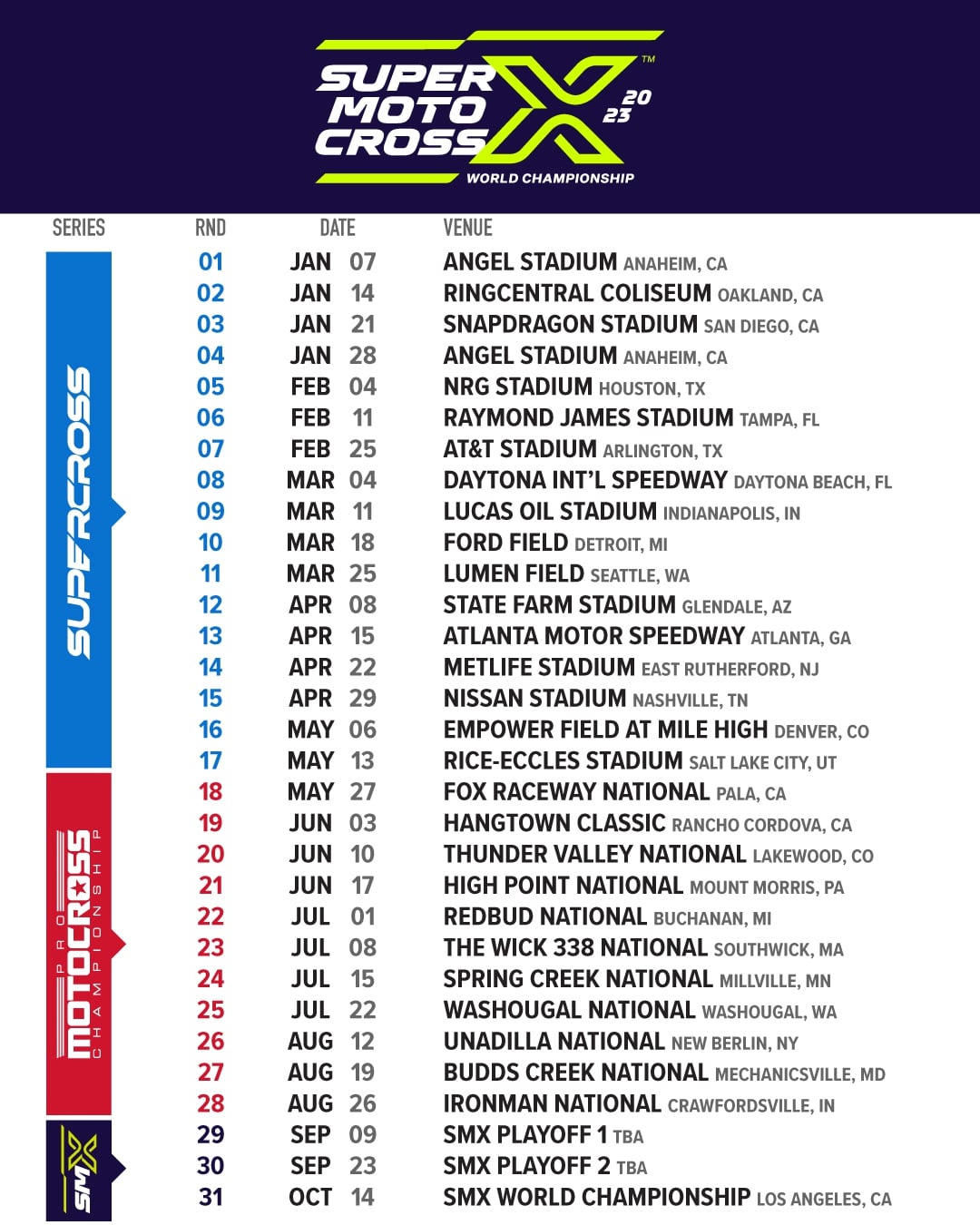