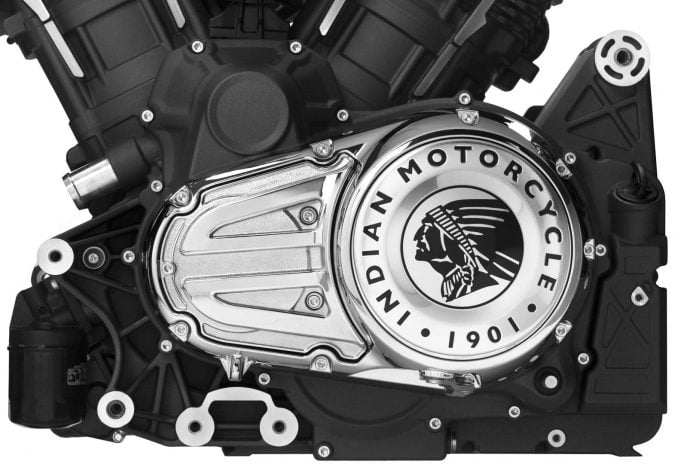 Indian Motorcycle has added a new big-inch V-twin to its stable, and a motorcycle to go with it—the Challenger (more on that fixed-fairing bagger next week).The Indian PowerPlus is an all-new modern design to complement the traditional Thunder Stroke motor used in its current large-displacement motorcycles. Let’s take a first look at the PowerPlus engine. 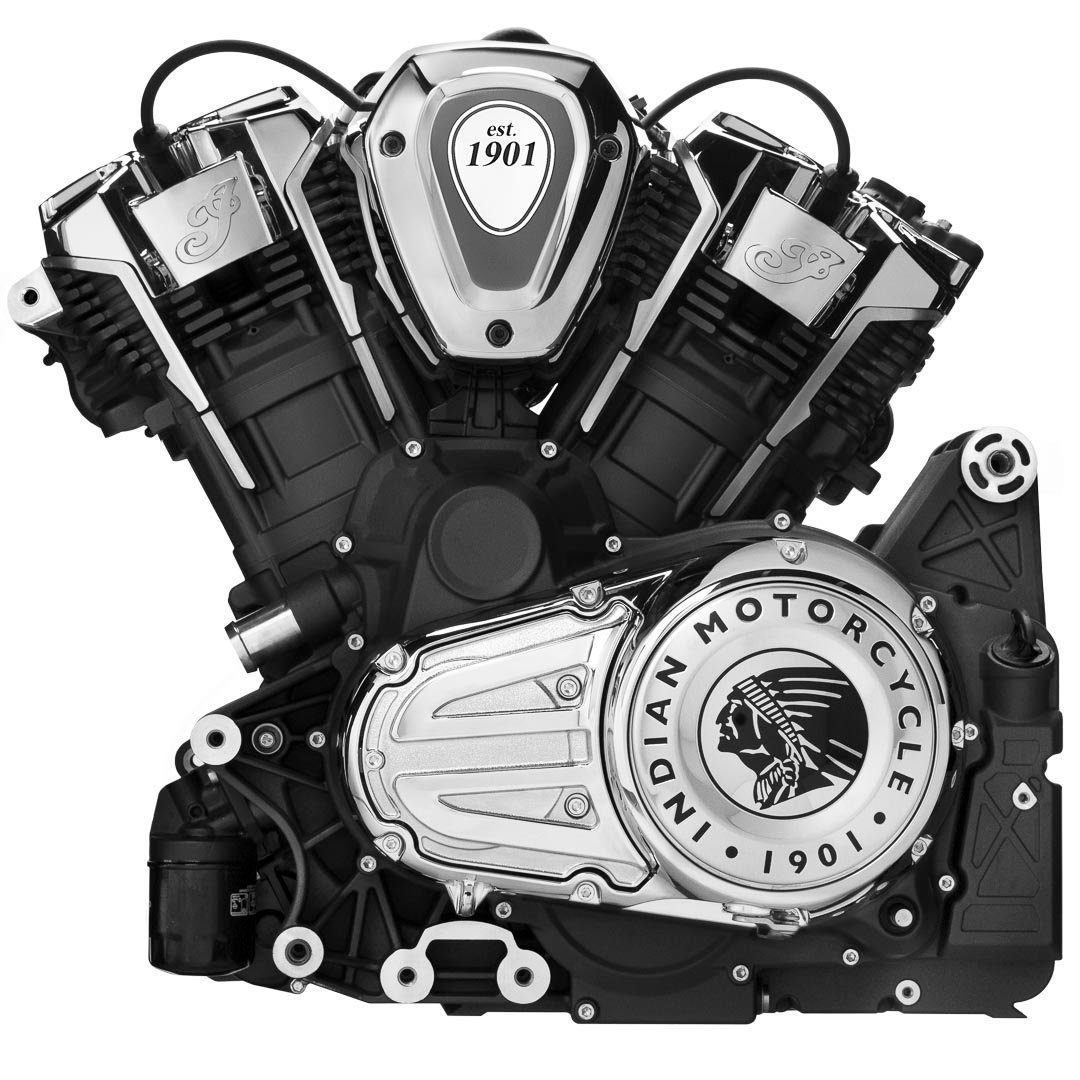 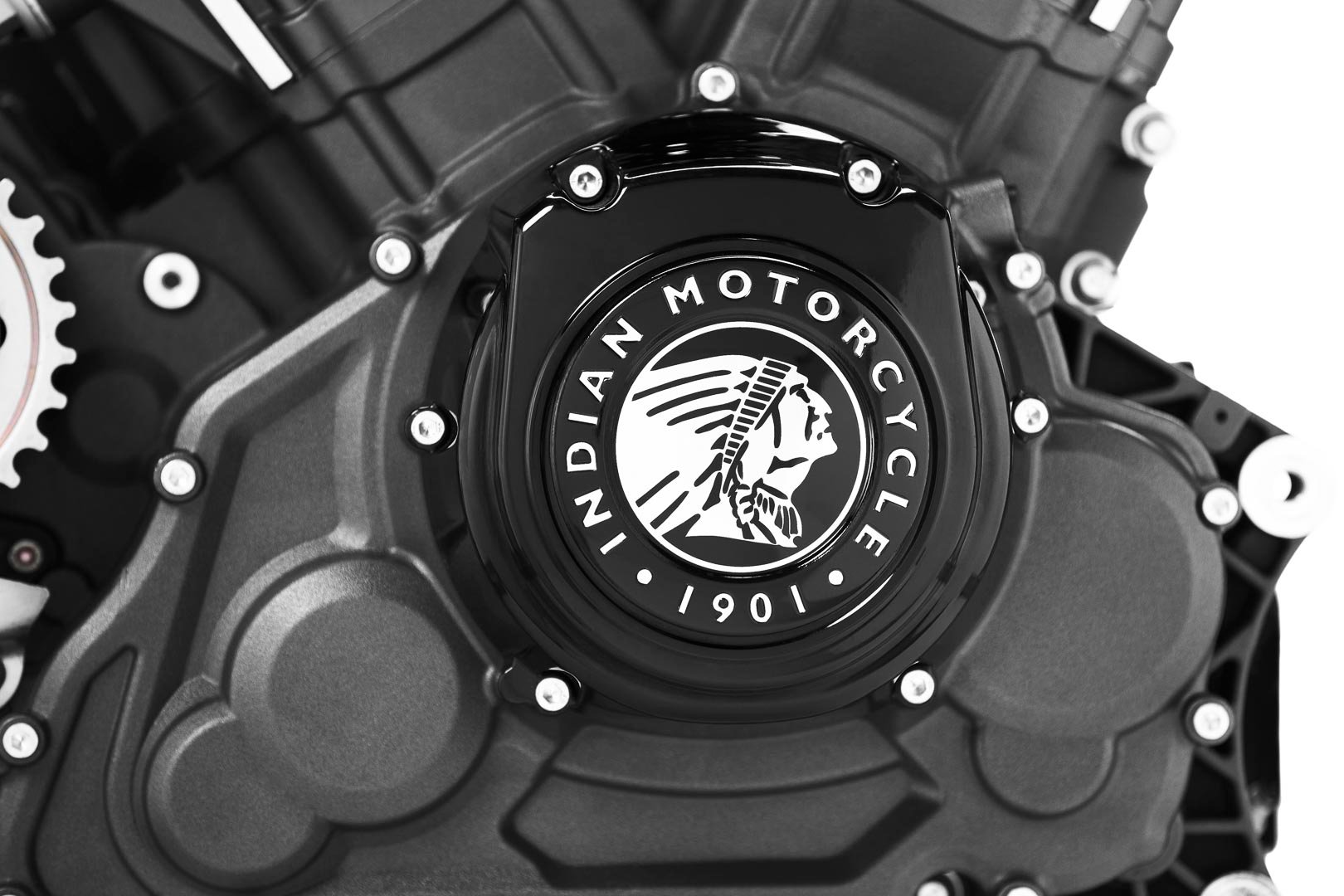 5. You won’t find pushrods on the PowerPlus—it has an overhead cam on each cylinder. Additionally, the PowerPlus has four-valve heads, compared to the two-valve configuration on the Thunder Stroke engines.6. There’s a radiator on the PowerPlus. Indian went with liquid cooling on the new engine, compared to air-cooling on the Thunder Stroke engines.7. Like the Thunder Stroke motors, the PowerPlus gets a six-speed transmission and unit construction. Indian says the top gear is an authentic overdrive. Additionally, the clutch is assist-style—motor torque helps disengage the power flow.8. The Indian motor uses hydraulics for the valve lash adjusters and camshaft chain tensioners. This increases reliability and reduces maintenance requirements.9. There are three ride modes for the motor. We haven’t seen names yet, but they’ll likely be the predictable sport, touring, and rain. 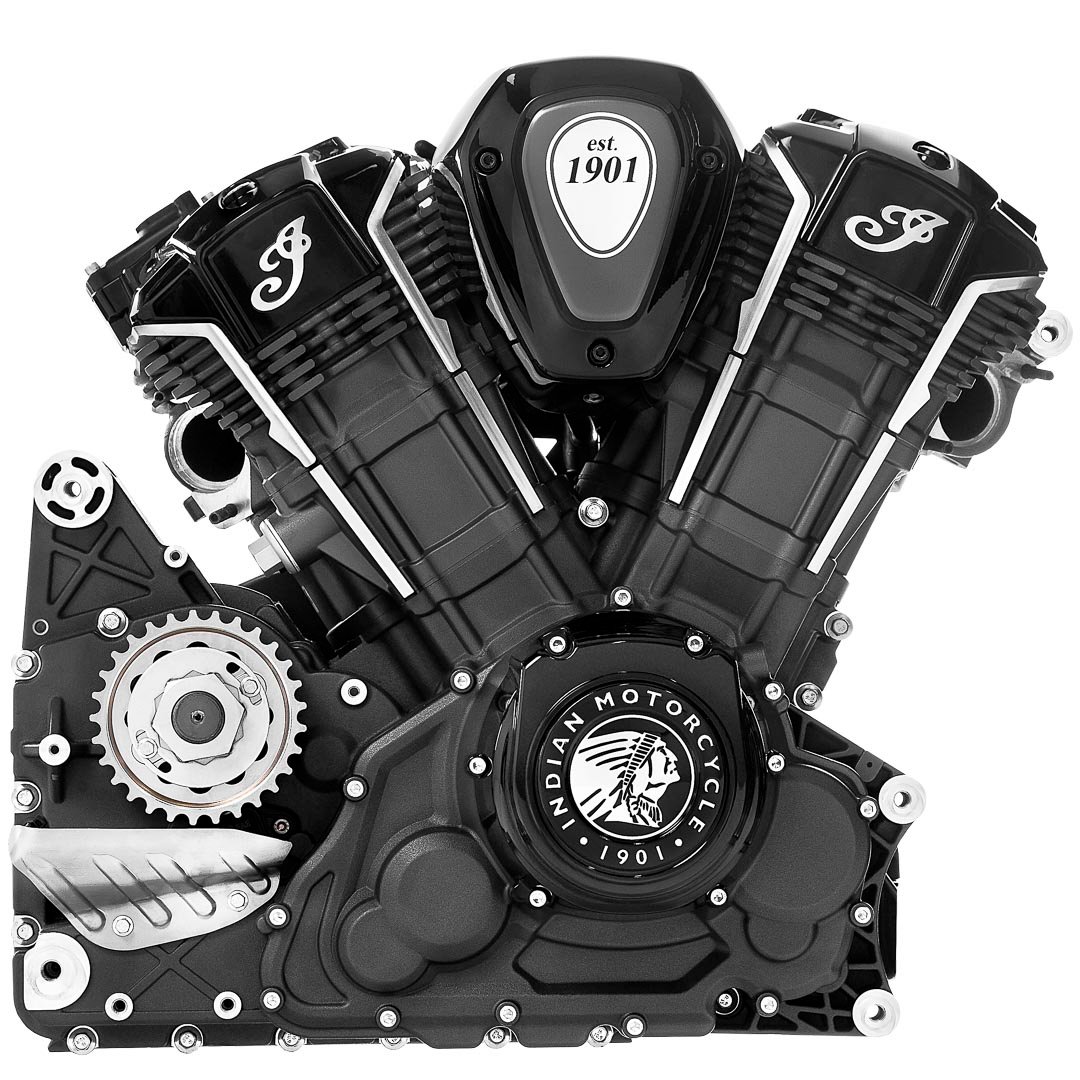 10. The new motor has ca more styling cues from the Victory Freedom 106 motor than the Thunder Stroke line. It’s possible that the PowerPlus started as a next-generation Victory motor before finding a home in Indian models. There’s nothing wrong with that, of course. Photos show two finishes for the PowerPlus—predominately black, and chrome highlighted.11. The PowerPlus name is not new. Indian produced a PowerPlus engine from 1916 to 1924.