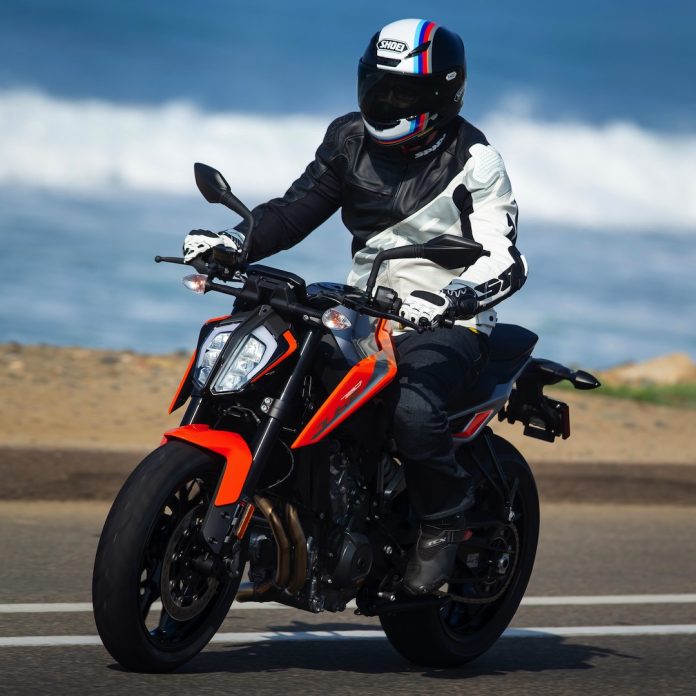 To many, Italy is the birthplace of western civilization. It’s from that relatively small boot-shaped country that the Roman Empire rose and fell, the Renaissance was sparked, Italian cuisine developed, and most importantly, is the point of origin for a disproportionate amount of incredibly fast motorcycles.Spidi hails from that same nation, and has for over 40 years since founder Renato Dalla Grana prototyped a pair of motorcycle gloves in his garage. Since then, Spidi’s designs offer looks that match any of the rides rolling out of spaghetti-powered motorcycle factories.

Enter the Spidi Super-R jacket, one of Spidi’s latest incarnations for sport riders who want something that has both a vintage and modern twist to it. The asymmetrical designs look stellar, and it has become a jacket that I’m reaching for when heading off for a quick ride through the canyons on a bike with some pep in its step.Constructed out of robust cowhide up to 1.2mm thick, the first thing I noticed was how light the Spidi Super-R motorcycle jacket is in comparison to many of its contemporaries. The cut is somewhat fitted, with pre-curved arms that encourage a more aggressive stance.Whether you’re on an upright naked machine such as the KTM 790 Duke, or your favorite supersport—the Kawasaki Ninja ZX-6R, for example—going for a quick rip in the canyons with the Super-R is a good match.The Spidi Super-R jacket allows a good range of movement, regardless of the machine you happen to be piloting. Large nylon stretch panels run the entire length of the arm, providing much-needed airflow, and don’t create binding or restriction when you’ve upped the pace. A single accordion panel on the upper back of the jacket contributes to the flexibility of the Super-R, as well. 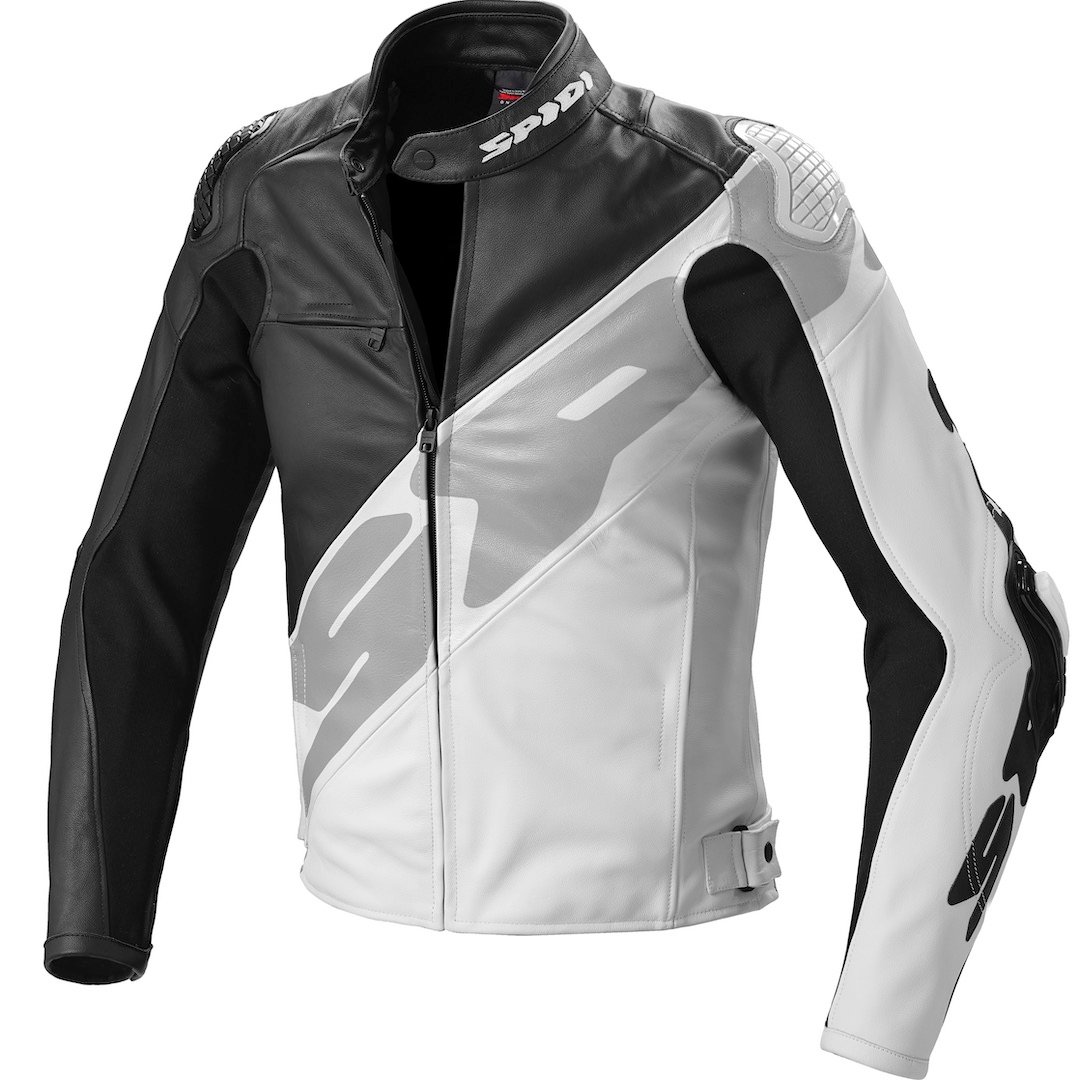 On the interior, you’ll find a non-removable mesh liner, along with a couple of other helpful features. For those that would like to couple the Super-R with a pair of leather pants and head off to a track day, a compatible pair can be zipped together. If you’re wearing riding jeans, there is a jacket clip available, too. Snaps to accommodate warming or waterproof liners are sold separately.Storage space comes in the form of two pockets at the waist and one small coin pocket on the breast. Storage capacity is limited, and I would prefer interior pockets. However, chances are you’re more concerned about getting to where you’re going quickly with the Spidi Super-R, rather than carrying the whole kitchen cupboard.When it comes to protection, Spidi has got you covered in a few different ways. Inside the Super-R is removable Force-Tech CE armor in the shoulders and elbows to absorb energy from impacts.On the exterior is an additional layer of protection, that comes in the form of Spidi’s Warrior Tech shields on the shoulders and elbows. You even get an elbow slider, although that’s more of a style and protection piece, as opposed to something that we’d be putting to use in the corners.Spidi designers included slots for an optional CE-rated back and chest protection. We’d like to see that sort of armor as standard on a high-end motorcycle jacket such as the Spidi Super-R. 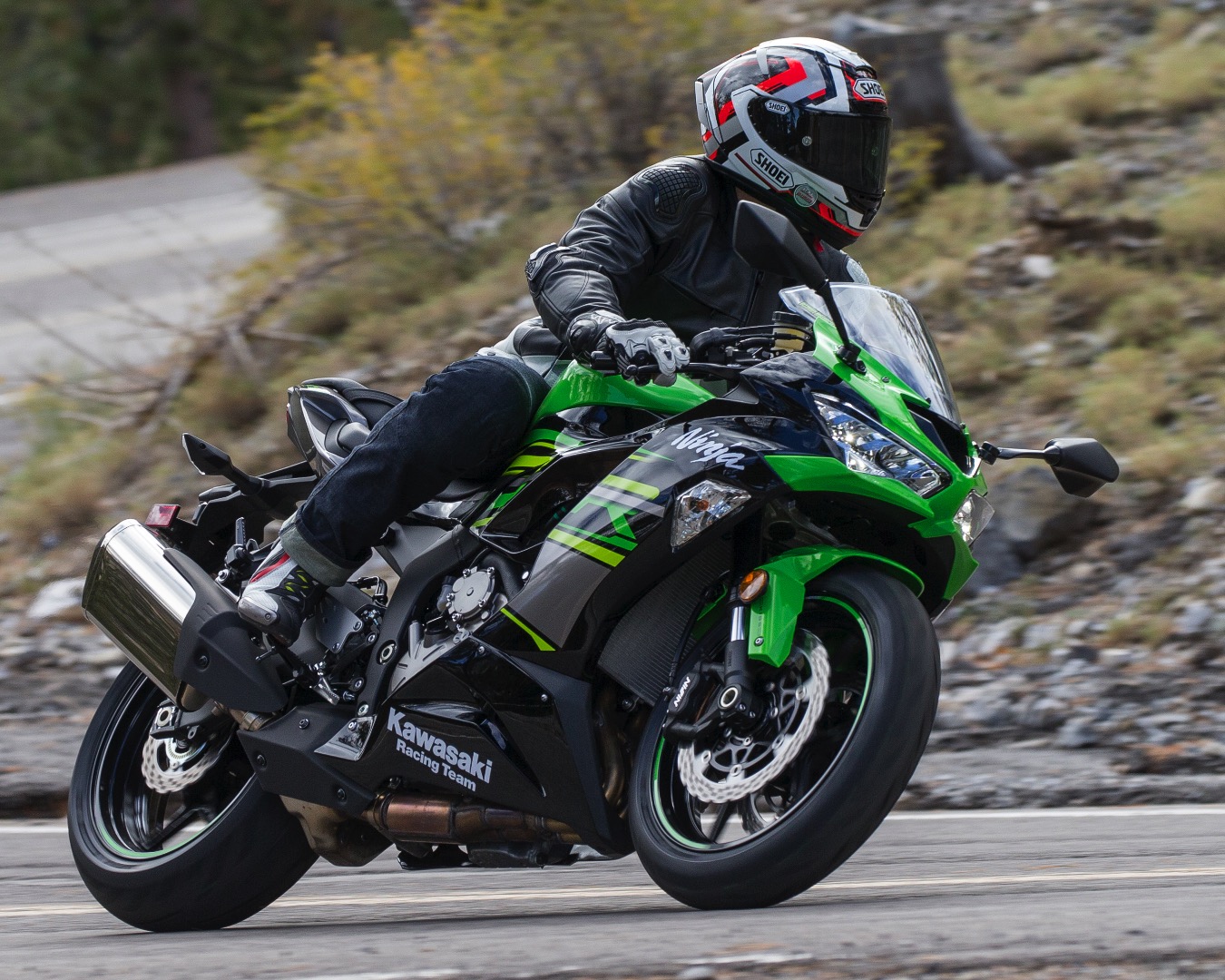 At the waist, Spidi has included small button-secured hip adjusters, should you need to cinch things down a bit.Now that we have all the sensible information out of the way, we can talk about what I enjoy about the Spidi Super-R motorcycle jacket—its looks. The asymmetrical styling is a winner in my eyes, as it wasn’t done haphazardly.There are well thought out elements at play here. In the case of the Black/White version, each piece of armor matches or works with the color of leather behind it. The shoulder sliders are black in the black sections of the jacket, while the white sliders accent the white. Those details sell the Super-R for me. Never mind that this a great sport jacket, it just looks damn cool.For those of us that are tired of the blocky, overly-flashy sport jackets that have permeated the sport riding side motorcycle industry for the past several years, the Spidi Super-R jacket is a much-needed breath of fresh air.Spidi Super-R Motorcycle Jacket Fast Facts