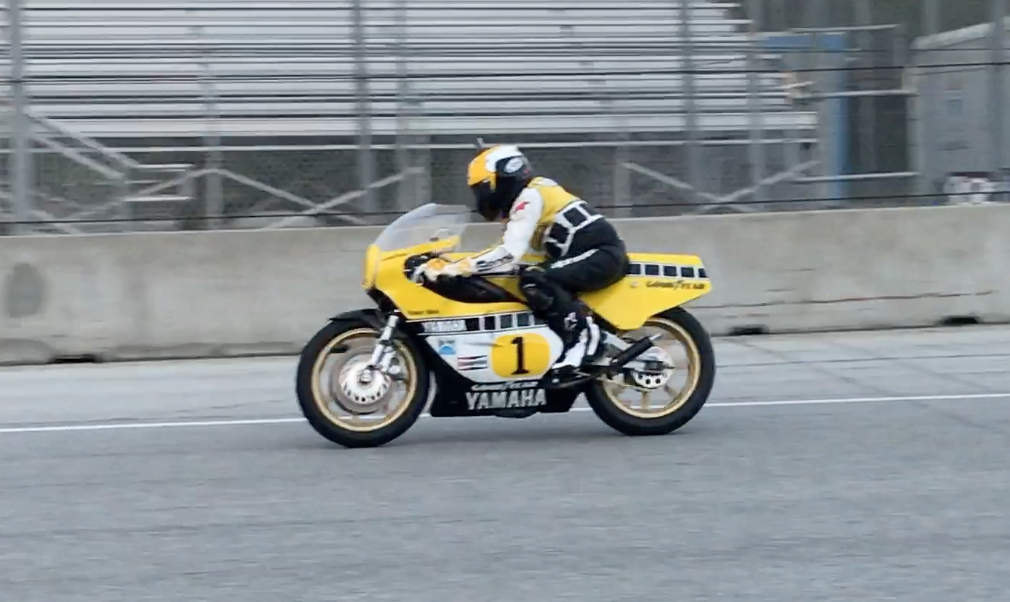 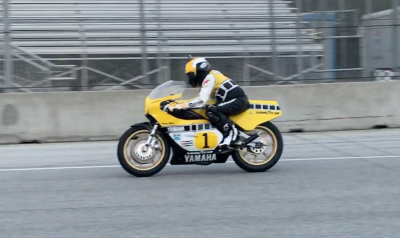 “King” Kenny Roberts first went to Europe in 1978, and entered directly into the 500cc blue-riband class of the Grand Prix World Championship (later renamed MotoGP).Against all the conventional wisdom, and despite the best efforts of defending double World Champion Barry Sheene, Roberts won the crown in his first year. He then repeated the feat in 1979, and again in 1980 to take his third-consecutive 500cc world title.Retiring from full-time riding three years later, Yamaha graciously offered one of their most iconic champions his choice of machine to keep for posterity. Interestingly, he did not choose the 1983, the fastest model; instead Roberts decided to keep his Championship-winning 1980 machine, the YZR-500 0W48R seen here.The 0W48R, which was first introduced at round four of the 1980 season, the Dutch GP, adopted a layout with rear-direction exhausts for the outer right and left cylinders (1 and 4) of its in-line 4-cylinder engine. With this layout it achieved approximately seven more horsepower than the 0W48.The “R” in its designation stood for reverse. The chassis used a 0W45 type steel frame, however this machine, now owned by Kenny Roberts, is the revised version with an aluminum frame that replaced the steel frame (prototype of the 1981 model 0W53). It was used in the final round at Nurburgring, where it took a fourth-place finish.We had a chance to chat briefly with Kenny Roberts at the recent Arch Motorcycle track day at Laguna Seca, and we hope this short video gives a little insight into this legendary man and his Yamaha YZR-500 0W48R![flowplayer id=”196842″]