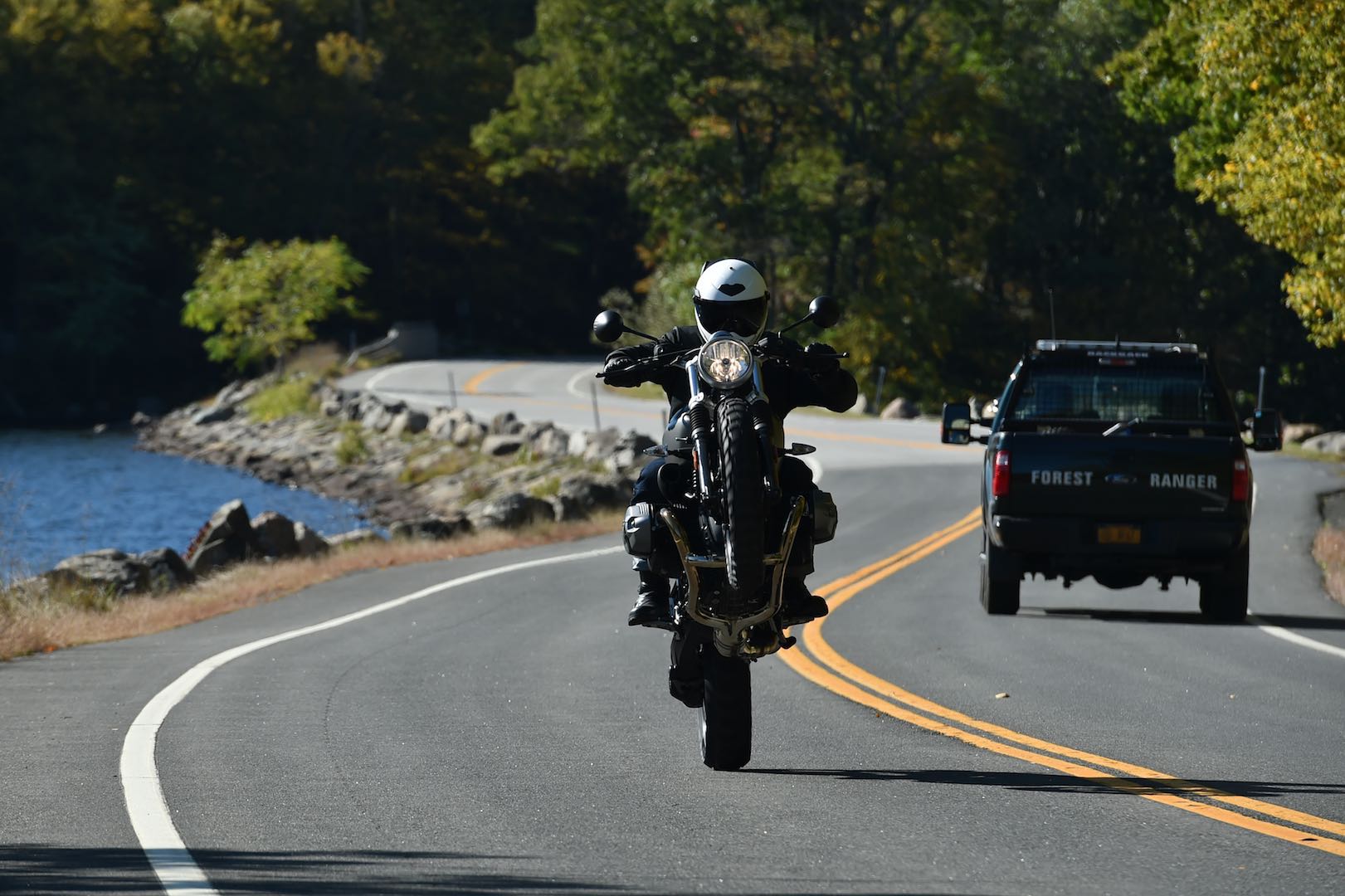 While planning a content strategy for 2017, I looked back at some of the most read stories at Ultimate Motorcycling. From Harley-Davidsons featuring the new Milwaukee Eight platform to the Suzuki VanVan, all types of motorcycles produced cool stories throughout 2016.This prompted a question, one I’ve continually asked myself for the past few years: Is there really a bad motorcycle in production? I’d argue no. Modern motorcycles are good—really good. There is a perfect ride available for any type of budget, from a $7200 Yamaha FZ-07 to a $25,000 Ducati 1299 Panigale S.Many motorcycles helped create many unique stories throughout 2016. Reflection is positive for the psyche, and so I took some time and reflected on my favorite stories of 2016—events and bikes that have affected me personally. The following are my Top 10 favorite stories of 2016. 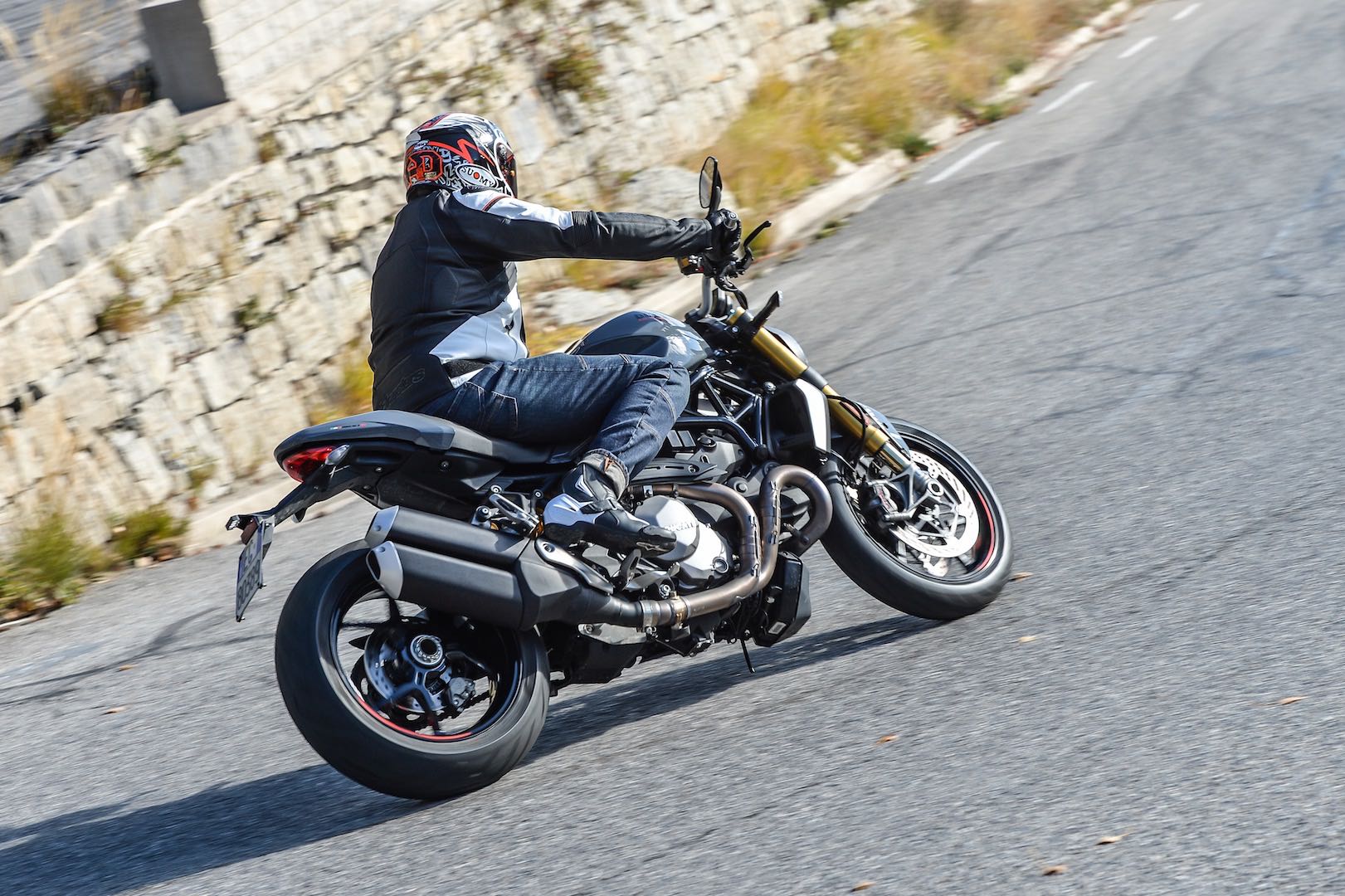 There’s no hiding that I’m a Ducatisti. Nothing speaks more to me than an L-Twin, especially the Testastretta. I have a 2011 Multistrada with nearly 50,000 miles, an 1198 that spends life on the track and street, and a 2001 Monster 900 S i.e. that I’m restoring.When Ducati first unveiled the 2016 Monster 1200—featuring the same Testastretta engine found in the XDiavel and Multistrada, but tuned for Monster attitude—it appeared like a slight makeover. Man, was I wrong. The entire bike was revamped, and brought back the true Monster attitude that was lost when Ducati released the 2014 Monster 1200.Ducati launched the new M1200 S in Monte Carlo, a principality loaded with millionaires, and we were there. This launch quickly topped my list of favorites; here’s my review: 2016 Ducati Monster 1200 S: Il Mostro Returns.

Due to the popularity of its R nineT, BMW extended the lineup with the R nineT Scrambler. Featuring the torquey 1170cc air-cooled flat-twin, the bike arrives with a 19-inch front/17-inch rear wheel combination, which looks the Scrambler part. Though not the best off-road, it still makes for a killer motorcycle—one that feels good on one wheel and in the air.The bike launch began in upstate New Jersey, and ended in Brooklyn. For more, read 2016 BMW Scrambler Review: Not Your Father’s Ride. 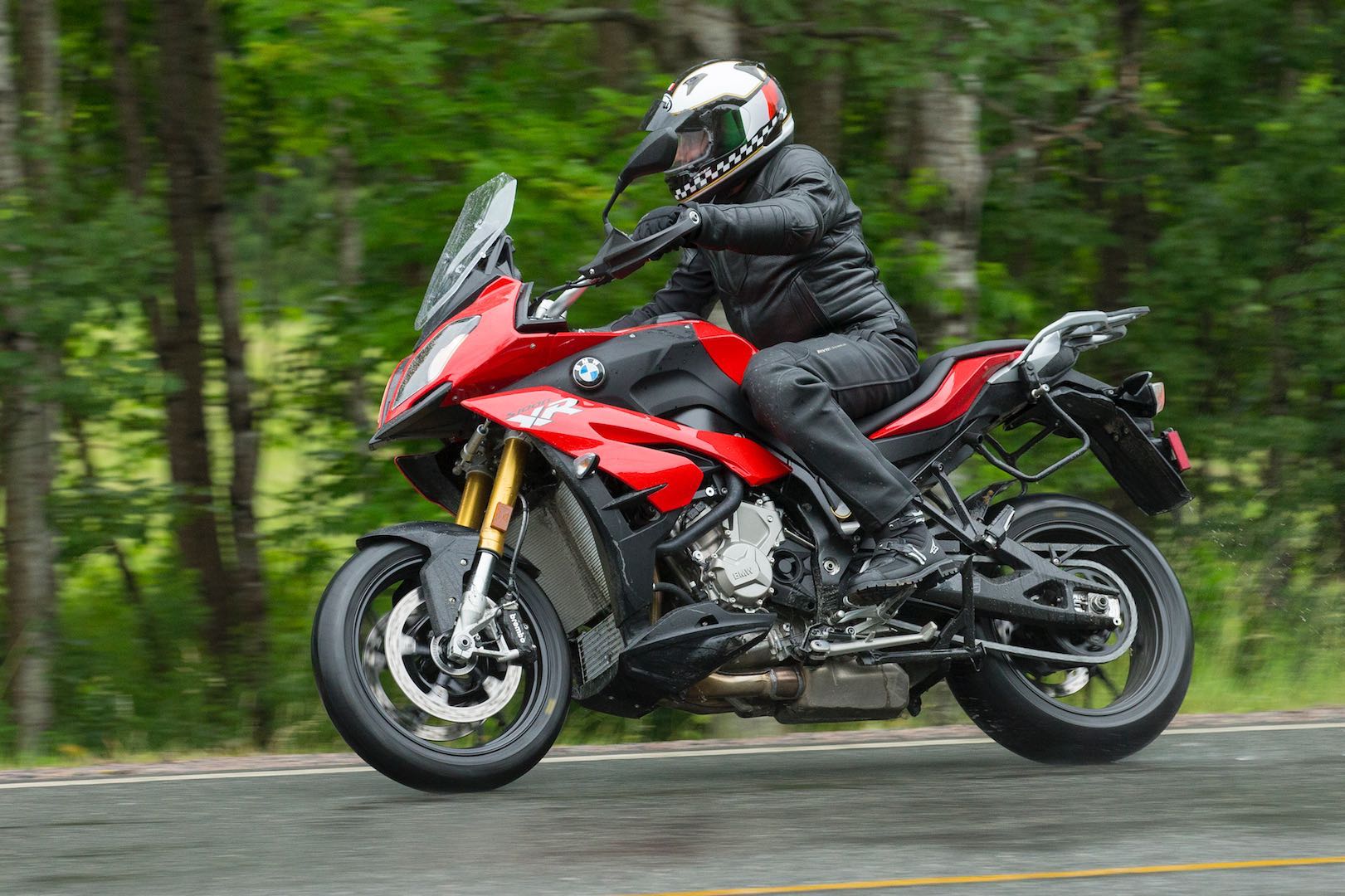 3. Riding Motorcycles in the Rain

Over the past year I’ve (slowly) outlined my motorcycle safety book, which will have a basis in visibility and space. Safety must be at the forefront for sustained enjoyment of motorcycling, and I believe a life dedicated to learning new techniques is paramount for rider enjoyment. Once things get stale they usually get boring; I believe in constantly challenging myself to ride the best I can across all styles, from track to adventure to cruising.When I write a story that can enhance rider technique, I feel like I’m doing my part in giving back. Riding in the rain has always presented many issues for riders. That led me to write an educational piece that was received well within the motorcycle community. For more, read Riding Motorcycles in the Rain: 8 Essential Techniques. 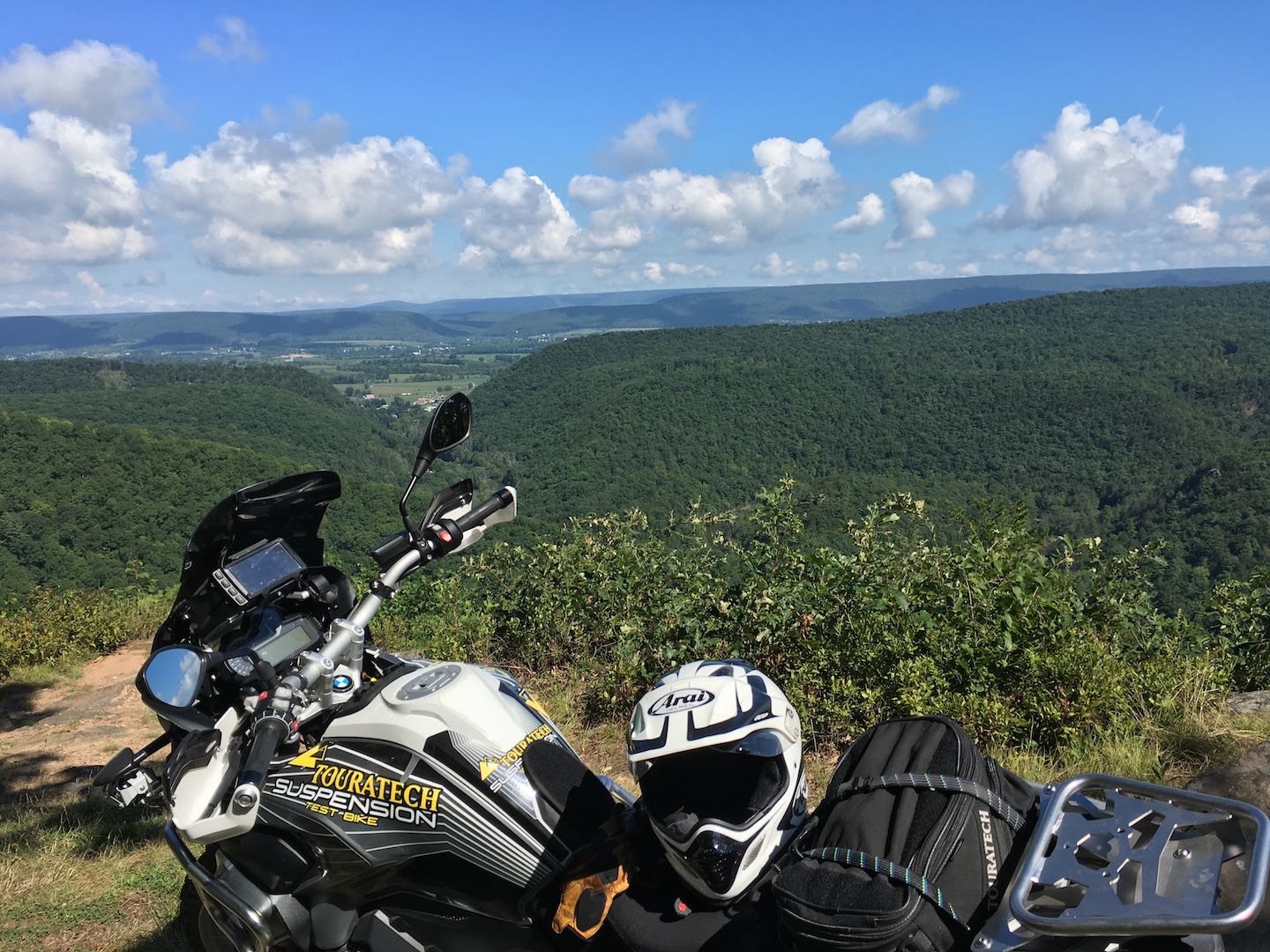 Some of the strongest communities reside within motorcycling. From downtown Main Street in Sturgis, to the paddock at any track day, to adventure rallies, these various communities quickly define the true passions behind motorcycling.I participate in all forms of riding, and one of my favorite communities resides around the ADV scene. I rode in the debut Touratech Rally in Washington back in 2011—my first real exposure to the adventure community. Since then, I’ve participated in many adventure rallies, including my favorite for the past three years, the Touratech Rally East. I helped lead rides, and loved helping riders improve on something I recently wrote about, Adventure Riding Technique.One of my most memorable columns came from the 2016 Touratech Rally East: Lieback’s Lounge: Prepared for Whatever at Touratech Rally East. 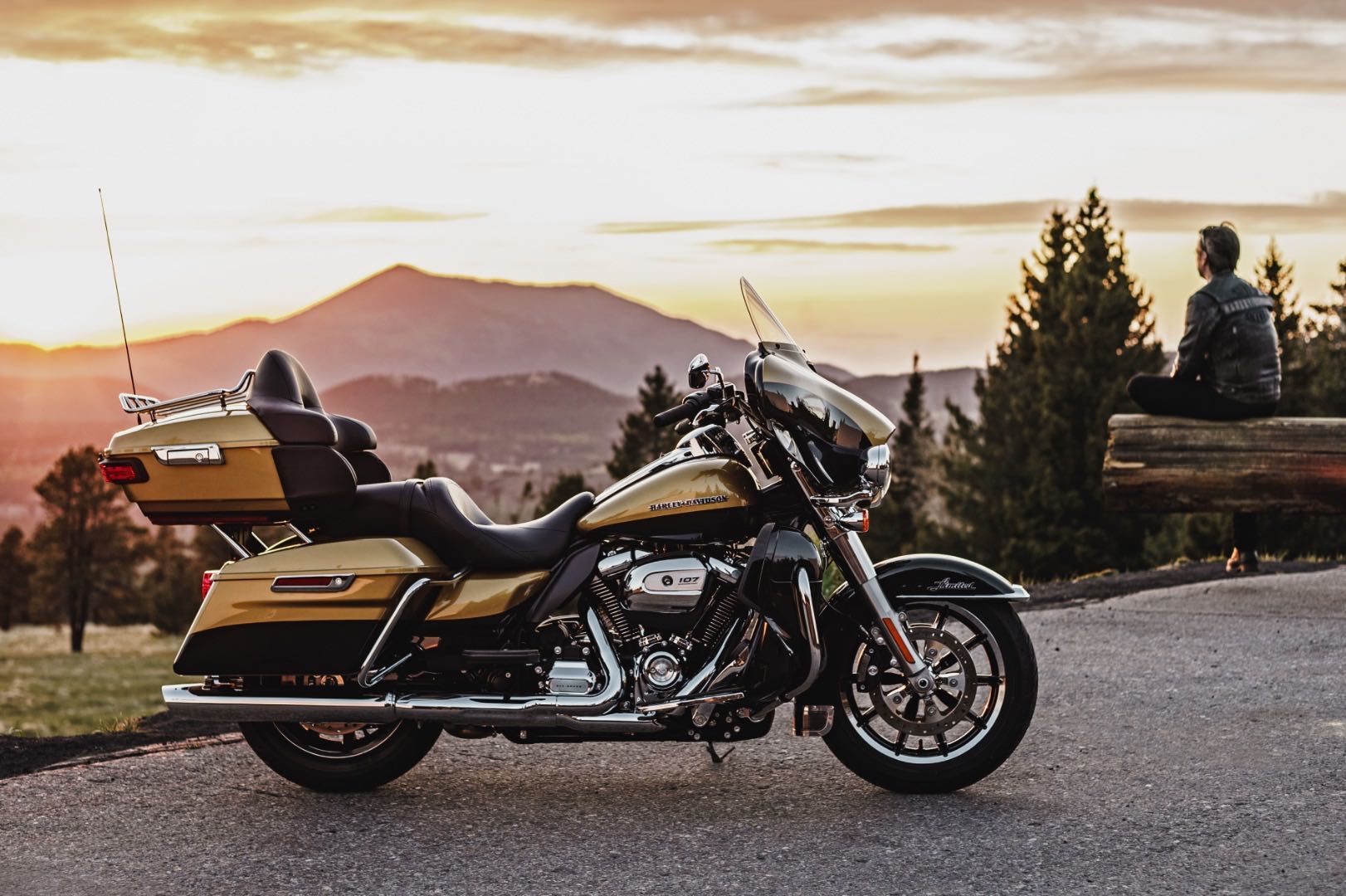 We love providing readers with the Fast Facts, and Editor Don Williams’ piece on the new Milwaukee Eight engine platform highlighted everything readers needed to know about Harley’s latest engine.Harley-Davidson’s new motor had everyone talking, and the positive reviews from our First Rides provided much positivity to the hype. Our Fast Facts without a doubt helped popularize the hype, and this is one reason it’s a favorite story of mine from 2016. For more, read our Harley-Davidson Milwaukee-Eight Engines: 11 Fast Facts. 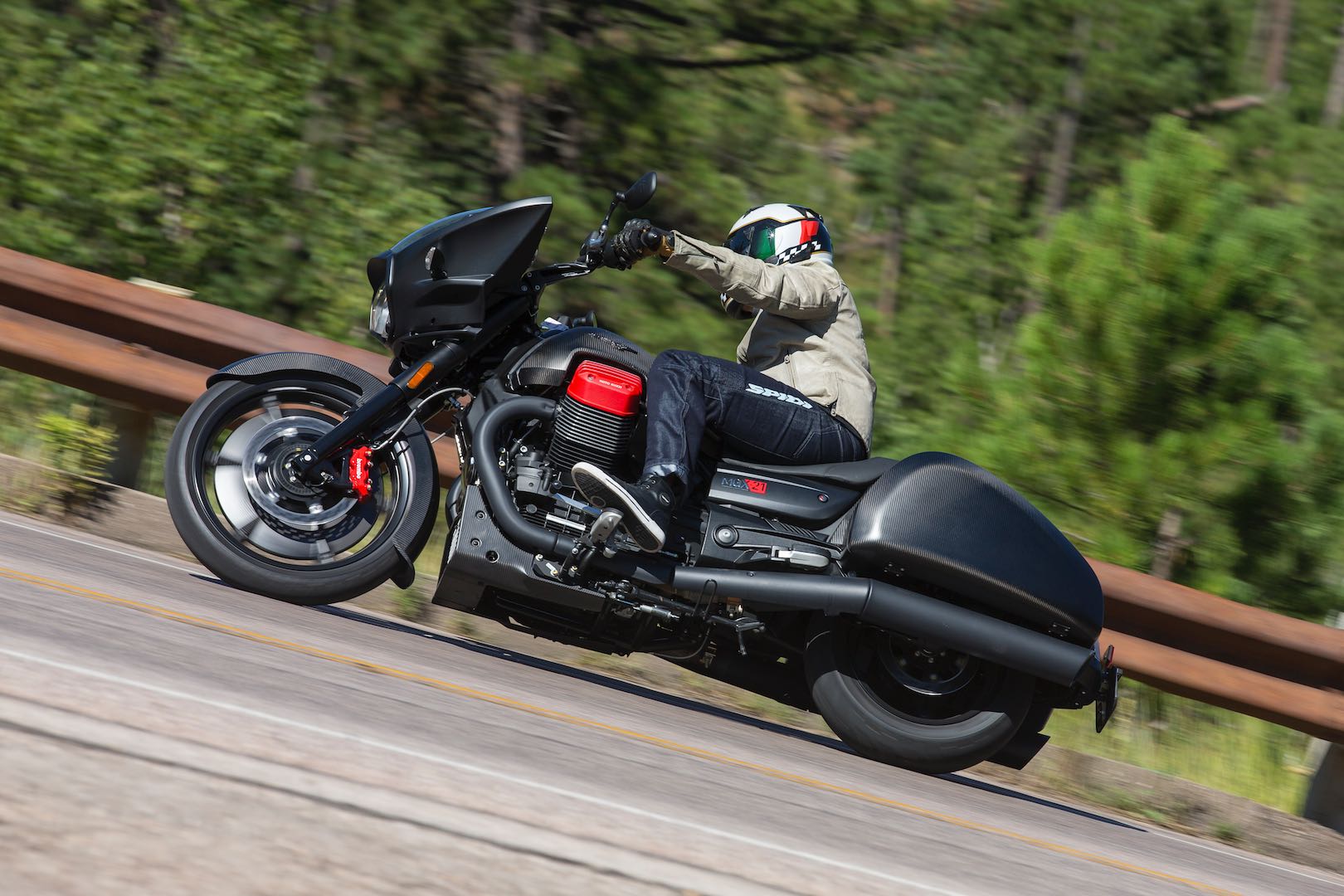 What better place to launch a new bagger than Sturgis? That’s just what the folks at Moto Guzzi did with the new MGX-21 Flying Fortress. We spent two days riding the bike around the Black Hills in South Dakota the week before the Sturgis Motorcycle Rally officially began, and then I piloted the bike nearly 2000 miles back to Pennsylvania.Never have I received such a response from a bike, which was designed by one of my favorite designers—Miguel Galluzzi of Ducati Monster fame. I could barely relieve myself at a gas station before I had to answer two or three questions about the MGX-21. For more, read Moto Guzzi MGX-21 Review: 3,000 Mile Test from Sturgis To Pa. 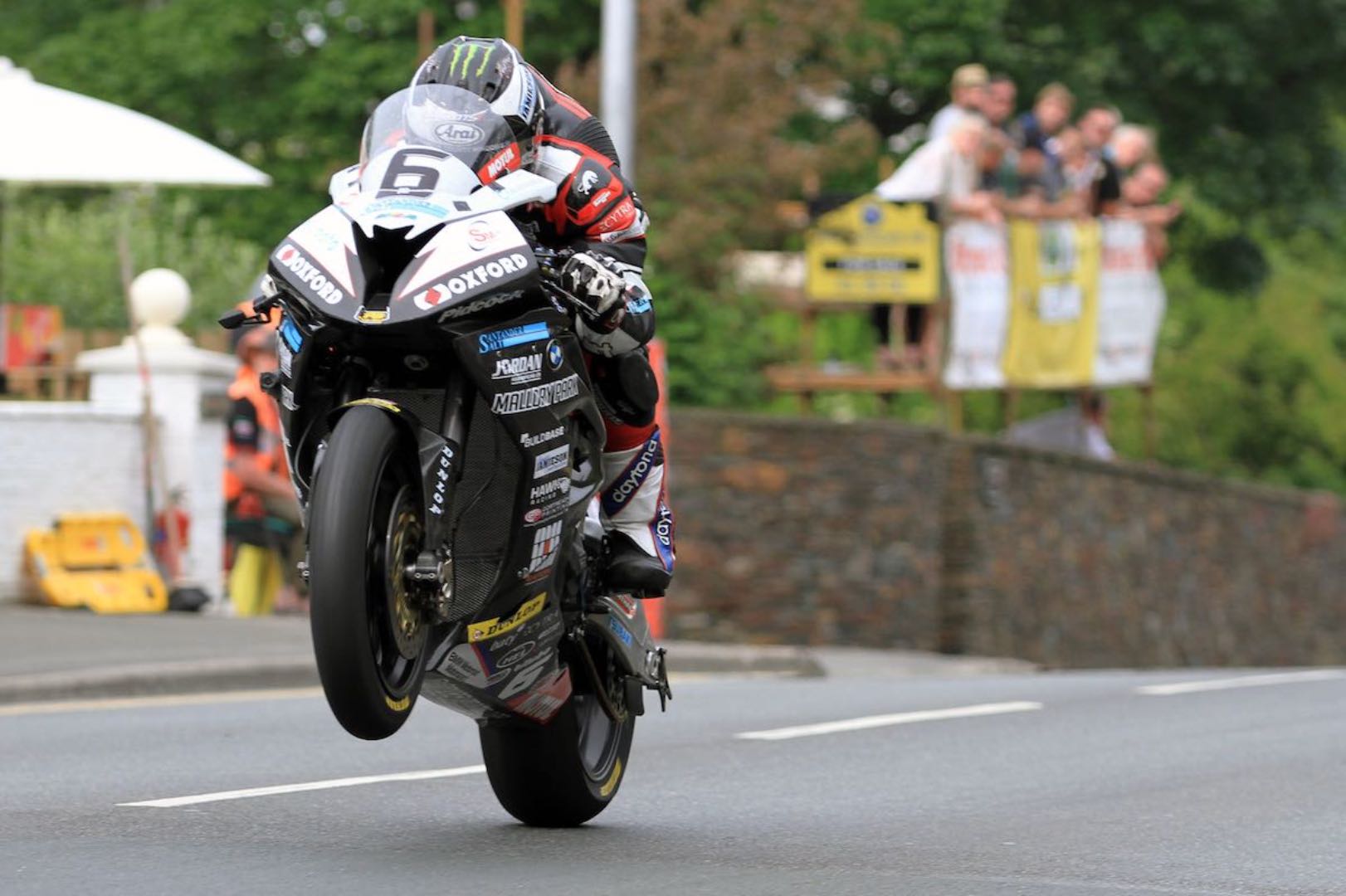 The Isle of Man TT caters to those who not only have a taste for serious speed, but those who crave large doses of fear. One of my all-time favorite heroes in motorcycling is the late Joey Dunlop, who still holds the record of 26 TT wins. Not far behind are the men who rule the Mountain Course today—John McGuinness and Michael Dunlop.Every year, new records are set at the TT, and the 2016 edition was no different. Our coverage of the TT is always filled with details, and we sum it up yearly with a recap: 2016 Isle of Man TT Recap: Winners & Fatalities. 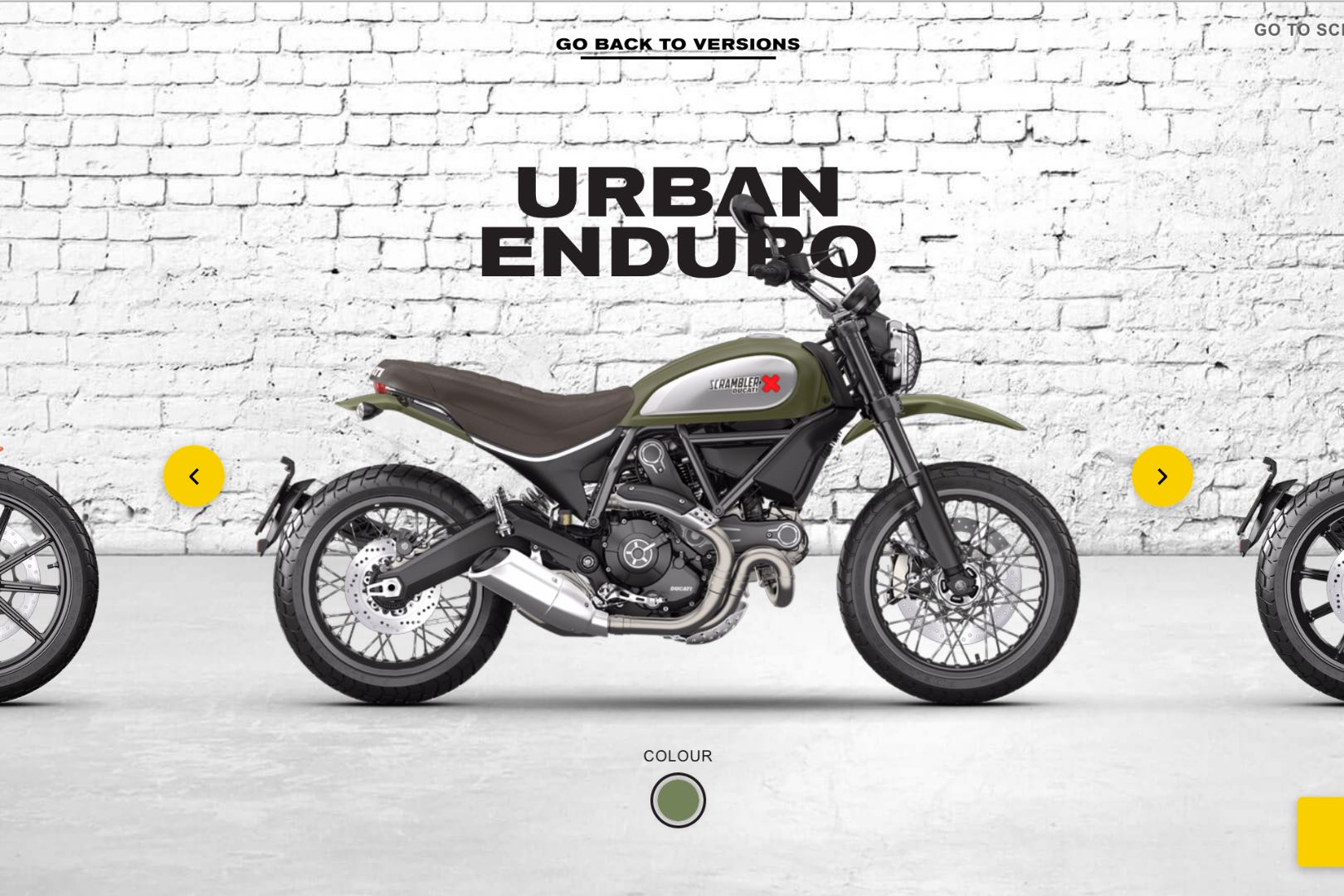 The technology available today allows for super-cool tools throughout motorcycling, such as cornering ABS and off-road GPS directions. There are many innovative tools available online, and the coolest piece of technology I witnessed all year within the motorcycle industry is the Ducati Scrambler Configurator that allows visitors to design a Scrambler however they see fit.  Our story can be found here: Ducati Scrambler Configurator: Note, Time-Consumption Risk. 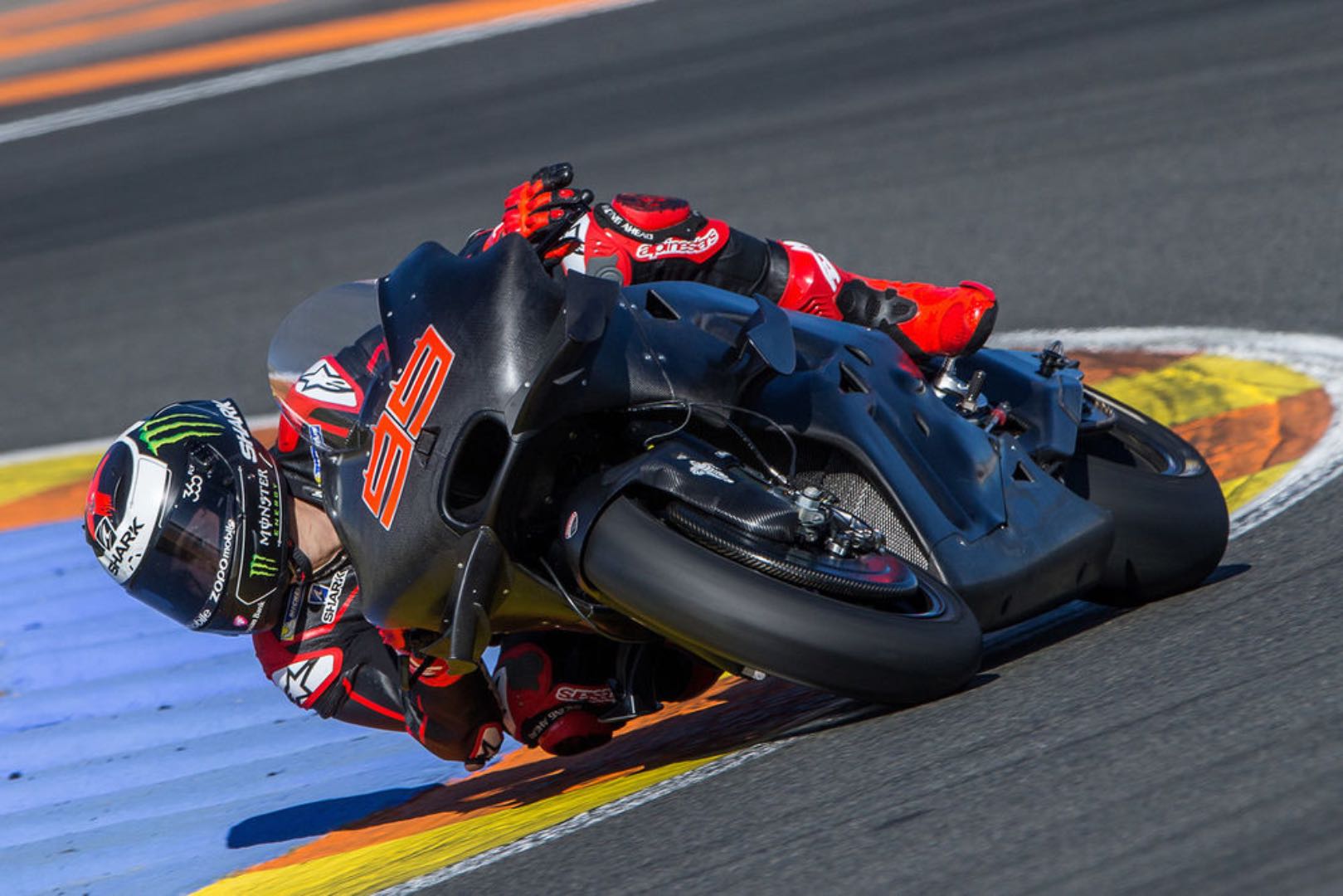 Like nine-time World Champion Valentino Rossi, Jorge Lorenzo is synonymous with Yamaha. The Spaniard spent spent his entire, nine-year MotoGP career to date with Yamaha, claiming three titles on YZR-M1 machinery.But, for 2017, Lorenzo joins the Ducati Team, riding next to Andrea Dovizioso. Since entering MotoGP in 2003, Ducati claimed one title (Casey Stoner in 2007). Ducati is out to change this with Jorge Lorenzo at the controls of the Desmosedici. The bike is much better than the one Valentino Rossi rode during his two-year stint with Ducati, and this alone brings much anticipation for the 2017 MotoGP Championship. For more, visit: It’s Official: Jorge Lorenzo Signs with Ducati Signs. 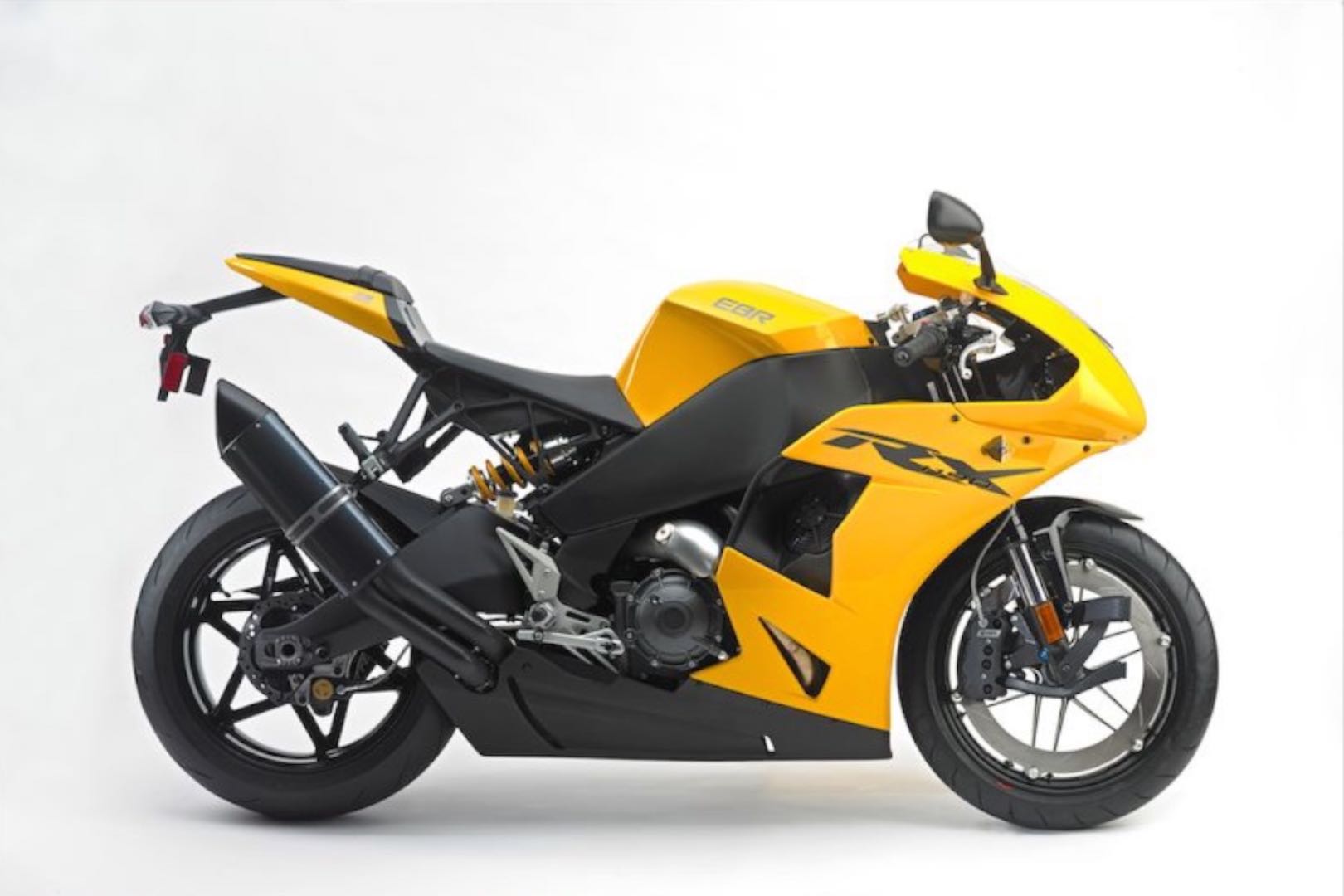 10. EBR Motorcycles Officially Back in Business

Erik Buell will never stop. Some of his design ideas, such as the full perimeter front brake, may be questionable, but his passion always carries through.In 2015, Erik Buell Racing (EBR) filed for bankruptcy, but it didn’t take long for Buell to find some investors. This happened in March 2016, and the rebranded EBR Motorcycles was back in business. Read: EBR Motorcycles Resumes Production: Officially Back in Business.