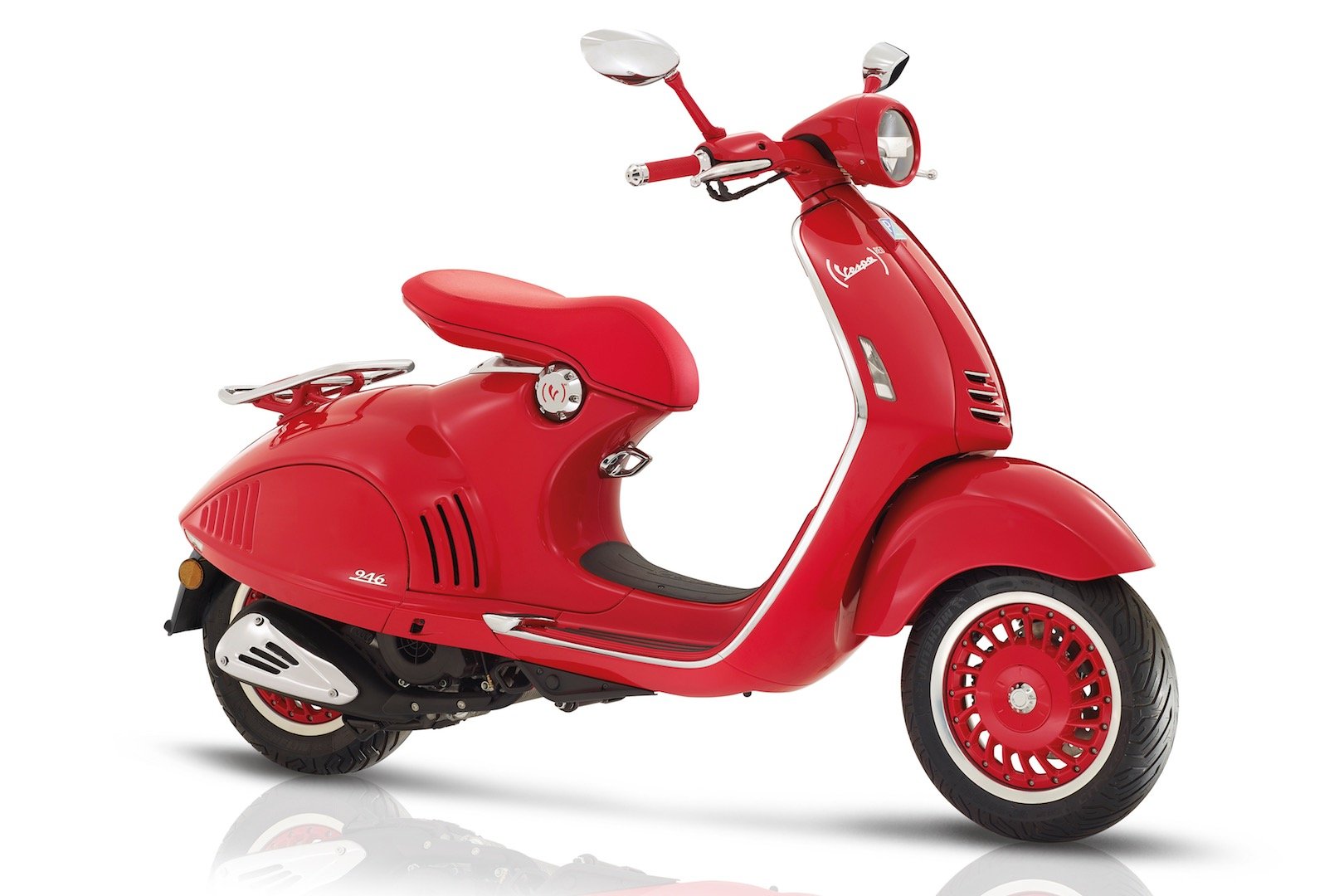 Joining forces with (RED), the international charity founded by singer Bono and activist Bobby Shriver, Vespa has created the (Vespa 946) RED. It is a special edition of the 2017 Vespa 946 scooter, with distinctive red paint and the (RED) logo on the fairing.Not merely a styling exercise, of course, Vespa will be donating $150 for every (Vespa 946) RED sold to the RED Global Fund to Fight AIDS. The $150 donation will give a person with HIV 500 days of medical treatment, with a focus on mothers in an effort to prevent babies from entering the world HIV+. Since its inception 10 years ago, RED has donated $360 million to attack the problem of HIV/AIDS in Africa.[Visit the 2017 Motorcycle Previews page]The (Vespa 946) RED is powered by a 155cc four-stroke, three-valve, air-cooled, fuel-injected powerplant designed to have a light footprint on the planet. The color red dominates, being applied to everything from the 12-inch Michelin-shod wheels to the handgrips, making an already appealing scooter even more striking. The standard chrome rack, bag hook, and mirrors offer relief from the onslaught of red.On of the most technologically advanced scooters from Vespa, the 2017 (Vespa 946) RED features traction control that works in concert with the fully automatic CVT, as well as two-channel ABS.While the (Vespa 946) RED won’t come with a new U2 album as an accessory, you can complete the look with a (RED) helmet, t-shirt, tote bag, and mug.“Funding an international project of such high social sensitivity is wholly consistent with Vespa’s values and DNA,” a Vespa spokesman tells us. “After all, this is a company whose charity, Vespa for Children, has already launched a healthcare program for young patients affected by rare diseases at the pediatric hospital of Hanoi.” 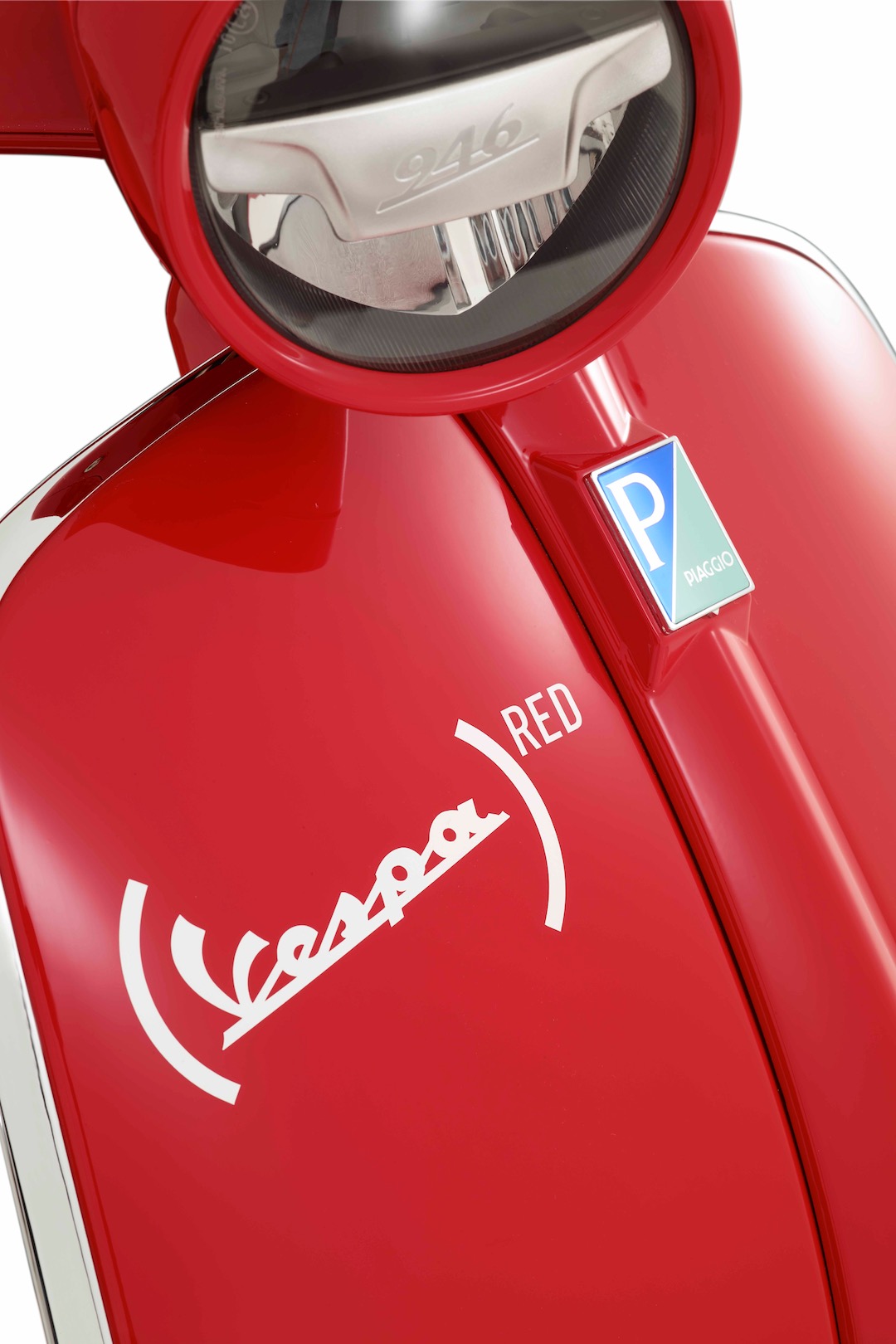