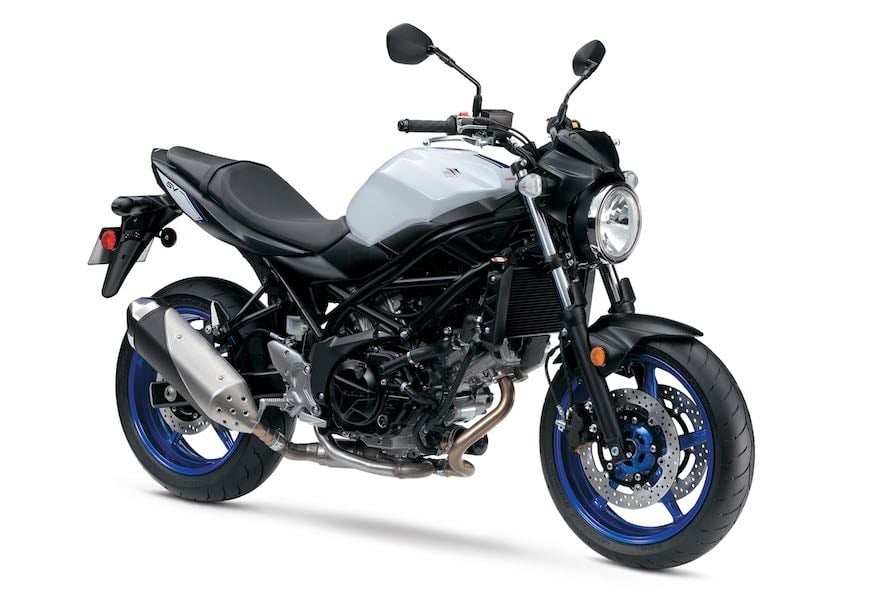 When Suzuki unveiled the 2017 SV650 in November, the anticipation began. Not only for when the bike would land in dealerships, but for the expected low price.It took seven months, but on Monday Suzuki revealed the price for the SV650 – the ultimate entry-level sportbike featuring the robust 645cc 90-degree V-twin. Suzuki says the 2017 SV650 will retail for $6,999, and the SV650 ABS for $7,499, and are expected to arrive in Suzuki dealerships this June. Both bikes will be available in Pearl Mira Red, and the base SV650 also in Pearl Glacier White.The SV650 arrived in 1999, and quickly became the top entry-level sportbike and favorite for track days – the bike was simply great on tires and reliable. In 2009, the SV was dropped in favor of the SFV650 Gladius, but the latter model did not receive nearly as much popularity.The SV650 returns for 2017 with a totally revised engine that features 60 new parts over the SFV650. The liquid-cooled twin arrives with two spark plugs per cylinder and Suzuki Dual Throttle Valve Fuel Injection, and though Suzuki didn’t release any numbers, the power plant should produce around 75 horsepower.The chassis, which is built around a trellis frame, was also updated with 80 new parts, and weighs 15-pounds lighter than the outgoing SFV650 Gladius.For more, visit 2017 Suzuki SV650 Unveiled | The True SV Returns.