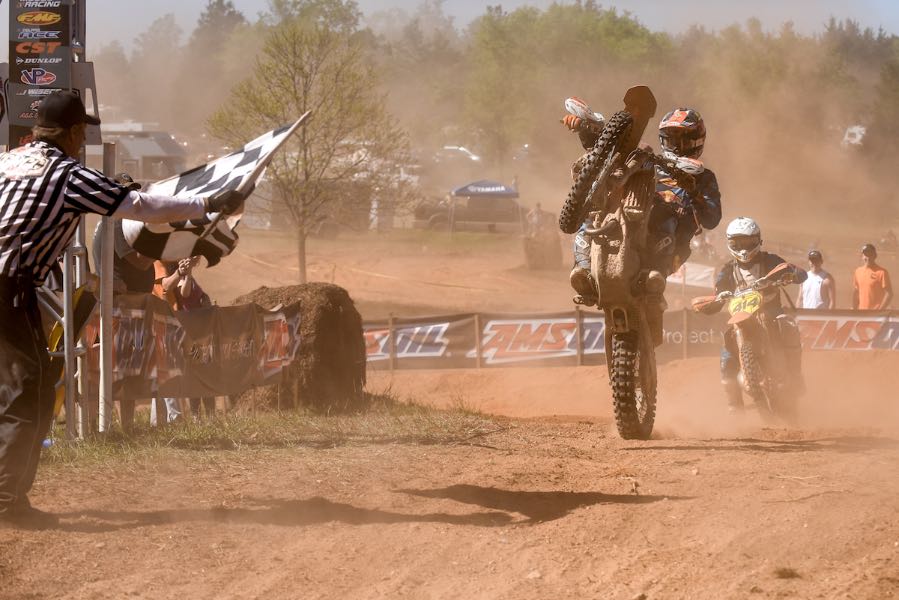 The three-time GNCC National Champion Kailub Russell is at it again. The FMF KTM Factory Rider earned his second-straight victor of the 2016 Grand National Cross Country season Sunday after a flawless race at the Big Buck GNCC in Union, S.C., round four of 13.Joining Russell on the overall podium were Honda’s Chris Bach and Husqvarna’s Josh Strang, the man Russell is now tied with for the points lead.When the race got underway, Russell took over the lead after the second corner. From there, even amid heavy traffic and a challenging course, Russell put in a flawless performance.“I got a good start and I put my head down and tried to get away,” Russell said. “I had the dust on my side right away but I couldn’t shake [Jordan] Ashburn, who was riding really well. I got a little gap but the track fell apart and got really tough the last few laps. I just had to be really smart and make good decisions with the lappers out there.”Russell’s second victory of the season allowed him to move into a two-way tie for the lead in the XC1 Pro Championship Standings.The 2016 GNCC now heads to Society Hill, South Carolina, May 1, 2016