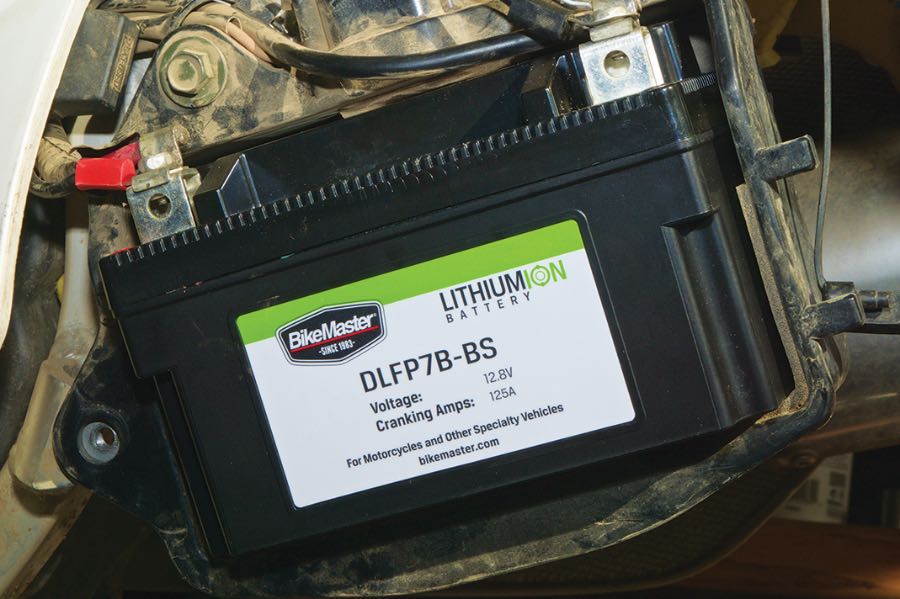 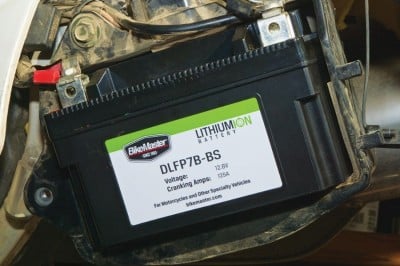 Manufacturers and motorcyclists spend untold amounts of money to make motorcycles lighter. BikeMaster’s Lithium Ion battery saved nearly four pounds when replacing the standard lead-acid battery in my Suzuki DR-Z400S, and it cost less than $100. Given the high positioning of the battery, that’s a nice reduction above the center of gravity.Now, a lighter battery is of no use if it won’t start the motor, which in this case is a 398cc thumper. Not only does it start my DR-Z up easily thanks to an impressive cranking amp rating, it will do so numerous times.The bike tends to sit, as I always have test bikes to ride, so the carbureted motor can be a reluctant starter and will stall repeatedly while warming up. The 2.5 amp/hour BikeMaster Lithium Ion motorcycle battery re-fired the DR-Z as many times as it took to get it warmed up.The BikeMaster Lithium Ion battery comes pre-charged and doesn’t require a trickle charger to stay powered up, as the discharge rate is low. For convenience, a traditional 12V battery charger can be used when needed.For additional information, visit BikeMaster.