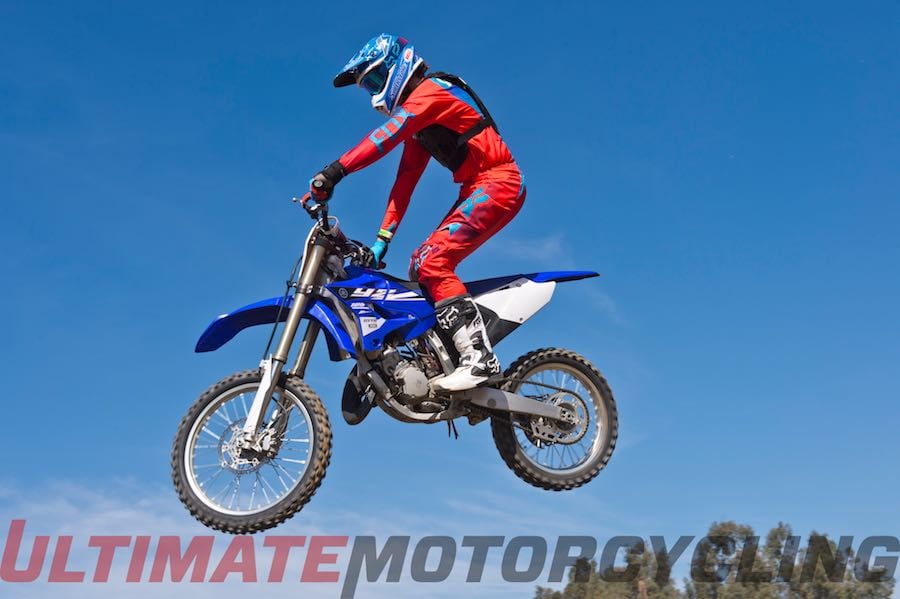 With two-stroke dirt bikes coming back into favor — you can buy them from Yamaha, KTM, Husqvarna, Beta, Sherco and other boutique brands — the topic of two-stroke oil is an increasingly important one. Also, many are returning to two-strokes motorcycles after long stints on four-strokes, and may have some aging two-stroke oil on a shelf in the garage.Is it safe to use, and just which 2-stroke oils are right for your ring dinging? We asked four leading two-stroke oil manufacturers, and here’s what they had to say:Andrew Hodges, Bel-Ray’s Product Line Manager for the Powersports Division, recommends Bel-Ray H1-R Racing, a 100-percent synthetic ester-based two-stroke oil.“It burns clean and lubricates well under hard riding conditions,” Hodges says of H1-R Racing oil. H1R Racing is stable under normal conditions, according to Bel-Ray technical documents, and it is designed to keep combustion chambers and powervalves carbon-buildup free. Hodges’ recommendation for an air-cooled motor without a powervalve is Bel-Ray MC-1 Racing, which is fully synthetic.Hodges also gives this advise for older oil kept in storage: “For an unopened bottle of synthetic oil, the minimum is five years for synthetics, with 10 years being a more common actual ‘good by’ date. An opened bottle I would drop that to five years ‘good by’, but it really depends on the conditions it is in – temperature, moisture, cleanliness, etc.“For semi-synthetics, it is a three-year minimum with five-to seven years being more realistic, and a three-year opened-bottles shelf life. For mineral oil, it is a three-year minimum for unopened, with five years being the top of the range, and about two-to-three years for an opened bottle.“The storage conditions have a lot to with both opened and unopened oil’s shelf life though,” Bel-Ray’s Hodges continues. “These ranges are all under ‘normal’ storage conditions. The other thing to note is that even at the end of the ‘good by’ date, the oil may still be fine. I would just recommend that you check it out to make sure there aren’t any obvious visual problems before using it.”Maxima Racing Oils have three kinds of oil for motocross. Maxima Castor 927 is a legendary oil, and used by the likes of Mitch Payton’s Pro Circuit team. It’s a blend of pure-grade castor oil and ester synthetics. “A lot of attention has been given to the 927 formula to ensure its stability in high heat, high stress environments,” Maxima President Danny Massie tells us. “Active detergents keep critical engine parts clean and carbon free. With proper tuning, 927 is very clean and an excellent lubricant.” Proper jetting is essential with Castor 927.Easier tuning is what draws many people to Maxima Super M, according to Massie. “Super M turns to a soft carbon at a lower temperature than K2 or 927 making it easier to tune and more forgiving,” he explains. “Super M is a race grade oil, but has a lower burn rate making it easier to tune and the right choice for 80-percent of the riders out there.” It’s a ester-based, semi-synthetic oil.For enduro riders, Massie points out that Maxima Super M and Formula K2 are the best choices for that discipline. “Super M will work extremely well with the on/off throttle positioning of many enduro courses,” Massie says, “whereas K2 will improve HP and throttle response due to its ability to free up the engine.”Those who prefer a fully synthetic two-stroke lubricant, Maxima has Formula K2. Massie says it features “very clean burning esters provide exceptional lubrication and ring seal.” Developed in concert with Roger DeCoster and Ricky Carmichael, Formula K2 retains its strength at high rpm, and its “clean-burn technology prevents deposits on pistons, power valves and exhaust ports.”If you have older two-stroke oil, Massie suggests that “the shelf-life is dependent on storage conditions. The biggest threat to storing oils is moisture contamination. This generally happens via condensation inside the bottle due to hot-cold swings in temperature. General guidance is three years for unopened containers and less for opened bottles.”For both motocross racing and enduro riding, Tim Schulz, Product and Marketing Specialist at Motorex, recommends Motorex Cross Power 2T. “This is our fully synthetic ester-based off-road 2T oil,” Schulz says. “It is of race quality, burns extremely clean, and provides the best in performance and protection in a two-stroke off-road application.”According to Motorex, Cross Power is an anti-smoke formula that was developed in concert with both manufacturers and racing teams. With oil-injection systems returning on bikes such as the Beta X-Trainer, Motorex Cross Power works as oil for both premixing and oil injection. Schulz says that an unopened bottle of two-stroke oil should have a shelf life of at least five years.Red Line recommends its Two-Stroke Racing Oil for all motocross and enduro applications. “Our Two-Stroke Racing Oil is the best option for any moto or enduro application,” according to Cory Burns of Kahn Media, who represents Red Line Synthetic Oils.“Its high-temp stability prevents deposits on combustion chambers, exhaust ports, upper ring, and piston crown, so under constant throttle, our it’s designed to protect not only seals, but has a high film strength to protect hot metals.”Using ester-based oils, Red Line Two-Stroke Racing Oil is recommended at mixing ratios between 50:1 and 100:1, though it is also compatible with oil injection systems.Action photo credit: EnduroCross #66 Ty Cullins on the 2015 Yamaha YZ125 by Don WilliamsTwo-Stroke Oil Photo Gallery: