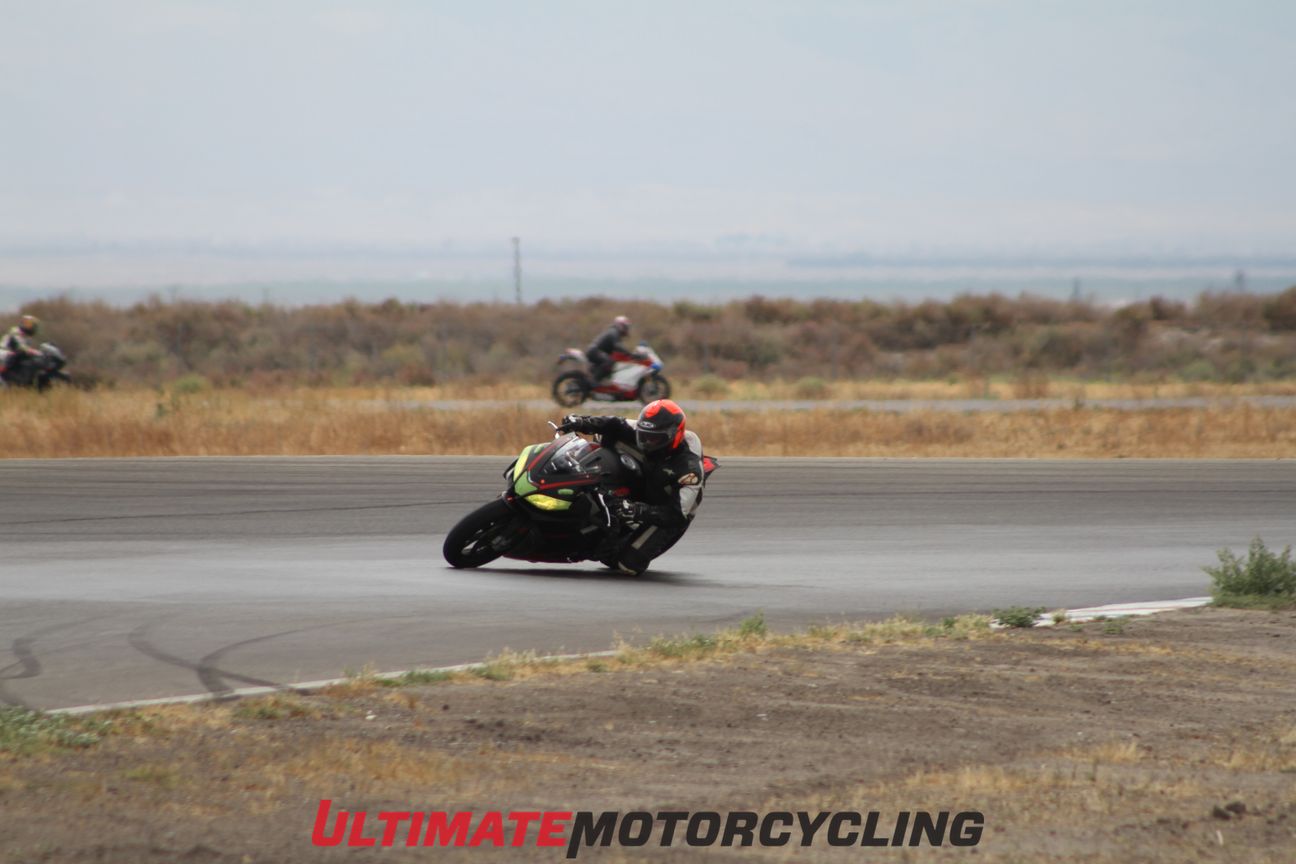 Ultimate MotorCycling magazine joined forces with uber-tuner John Ethell of JETT Tuning in Camarillo, Calif., to create a track and test day that was a little different. Rather than the typical format where riders attend and ride only their bike in either A, B or C groups, the idea was to integrate the attendees with vendors, technical people and a number of test bikes. This allowed attendees a chance to sample product and talk with experts.Buttonwillow Raceway Park – about two hours north of Los Angeles – was the staging ground. The weather was partly cloudy and about 70 degrees, yielding just about perfect conditions; the track, which was repaved last summer, was in good shape for the UMC Track Day on May 21.Each hour was split into three 20-minute segments. Group A started at the top of the hour, Group B followed, and the final 20-minutes was set as an open session for anyone who wanted to ride. The system worked well, allowing a possible 40 minutes of riding every hour – something not available at the typical track day.  The turnout was good, but the number of riders was small enough to provide a very personalized setting with plenty of space for all. 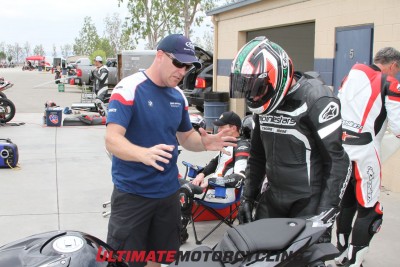 Test bikes were plentiful; BMW Motorrad brought two 2015 S1000RRs and American Honda brought two Repsol liveried CBR1000RR SPs. But just as importantly were the men who arrived with the bikes – Nate Kern of BMW and Jeff Tigert of Honda; Kern and Tigert helped encourage riders and set up the motorcycles correctly for each rider’s skill level. Kern, BMW Motorrad North America’s official test rider and S1000RR ambassador, was present to not only answer questions but to familiarize each rider with the intricacies of the electronics and other aspects of the bike. Kern took the time to get to know every rider and their abilities. He then set up the bike for that rider, explaining all the details and why they were appropriate for the individual. Kern even adjusted tire pressures and smiled each time riders returned with stories that, uniformly, they went faster and felt more comfortable on the RR than the bike they brought to the track and know so well. After each test, everyone wanted to see the computer readout of the maximum lean angle they had achieved. We saw numbers as high as 58 degrees, and that was on Pirelli SuperCorsa street tires! Given the capabilities of the new RR, it’s no wonder that Nate is the most enthusiastic representative of any bike or manufacturer I have ever met.Experienced racer Jeff Tigert was just as enthusiastic about the Honda CBR1000RRs. The Öhlins suspension on the SP coupled with the spectacular Marc Marquez replica paintwork lured everyone in for a test ride. I can’t say that anyone dragged any elbows, but the combination of the super-easy and lightweight-to-ride Honda had lots of people smiling.Also available for test rides were Yamaha’s new YZF-R1 and Suzuki’s GSX-R 1000, which proved popular with riders. Chuck Graves was in attendance with several customized Yamahas, including the awesome Graves Motorsports Yamaha FZ-09. 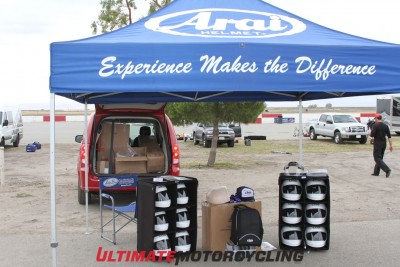 Equipment vendors such as Alpinestars, Kushitani, Pilot, Arai helmets, and Parts Unlimited, were there as well, and clearly enjoyed chatting to riders. Also CT Racing with Pirelli tires, and Tuned Industries with Dunlop were in attendance, too, to advise on tire choices and pressures.Another very popular attraction was ex-factory Honda racer and Champion Jake Zemke, who was accompanied by AMA Pro Wyatt Farris to promote Jake’s new Zemke Riding Development school. Both guys were easily approachable, and over the course of the day they counseled many riders, including riding laps with them and then discussing style and technique in depth afterwards.After the final session ended at 4 p.m., everyone agreed they were happy and tired after all their track time, and without a single red flag during the day everyone went home with their bike intact. Many expressed thanks for a new wrinkle on something most have done plenty of times before.Arthur Coldwells of Ultimate MotorCycling and John Ethell of JETT Tuning would like to express their gratitude for everyone’s support and have announced that the next one will be on Friday, September 18, once again at Buttonwillow. Hopefully you can join us!Photos by Jonathan HandlerUltimate MotorCycling Track Day Invitational from Buttonwillow Photo Gallery: