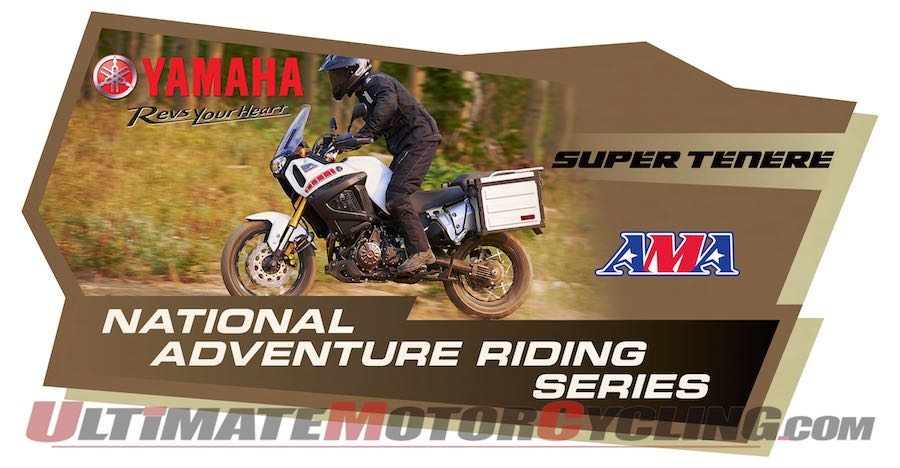 AMA Yamaha Super Tenere SweepstakesWhen Bob J. Loguidice of Ramona, Calif., renewed his American Motorcyclist Association membership last February, it earned him the status of AMA Life Member and qualified him for the 2014 American Motorcyclist Association membership sweepstakes.Today, Loguidice won the sweepstakes prize, a 2014 Yamaha Super Tenere motorcycle, courtesy of Yamaha Motor Corp. U.S.A.“I’m kind of stunned,” said Loguidice when informed of the sweepstakes results. “But this is great news. This just shows what can happen when you have motorcycling interests as a high priority and keep up your AMA membership.”AMA members who joined or renewed in 2014 got a chance to win the Super Tenere. In addition, riders participating in the 2014 Yamaha Super Ténéré AMA National Adventure Riding Series earned additional entries in the sweepstakes.“We are very excited that Bob has won the Yamaha Super Tenere,” said Yamaha Motor Corp. USA Retail Sales Promotion Manager Martin Vivanco. “It’s great to see the Tenere going to an enthusiast with great passion for our sport. The Super Tenere was built for the adventurous rider who wants to explore the open road and the path less taken, and Bob will have the opportunity to do both this year at a round of the AMA Super Tenere Adventure Riding Series.”Independent auditing and accounting firm Plante & Moran of Columbus, Ohio, administered the sweepstakes.Designed to ride for extended periods across just about any kind of navigable terrain in comfort and style, the Yamaha Super Ténéré serves as the perfect inspiration for the AMA National Adventure Riding Series.The bike, known as the ultimate transcontinental adventure machine, was improved for 2014 with a more powerful inline twin-cylinder engine, electronic cruise control, updated wind protection and heated grips as standard equipment. It also has sport and touring drive modes, traction control, anti-lock brakes, an adjustable seat and more.While Loguidice was elated to win the motorcycle, he was equally enthusiastic about protecting motorcyclists’ rights through his AMA membership.“It’s extremely important to maintain your membership,” he said of the AMA and its commitment to protecting the motorcycle lifestyle. “You have to support the cause. If you don’t protect your rights, you’re going to lose them.”AMA Life Member status comes with 25 consecutive years of membership dues.New and renewing AMA members already are earning an opportunity to win great prizes in the 2015 membership sweepstakes.Those joining or renewing their AMA memberships between Jan. 1, 2015, and Dec. 31, 2015, are automatically entered to win any of these 20 great prizes.Join the AMA by visiting www.americanmotorcyclist.com/membership/join.Those participating in the Yamaha Super Ténéré AMA National Adventure Riding Series are improving their odds as well. For the 2015 season calendar, see www.americanmotorcyclist.com/Riding/Dirt/EventsAndSeries/NationalAdventureRide/NationalAdventureRideSchedule.aspx.For more information about the Yamaha Super Ténéré, see www.yamahamotorsports.com.