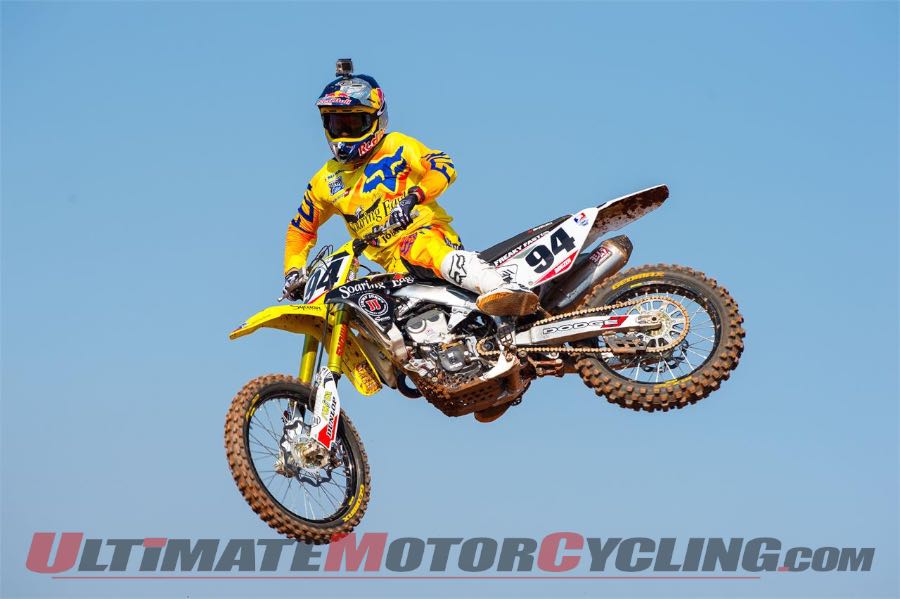 Ken Roczen VideoFollowing a year riding alongside Ryan Dungey on the Red Bull Factory KTM, Ken Roczen has signed with the RCH Suzuki Factory Racing team.RCH was formed in 2013 by a joint venture from Ricky Carmichael and Carey Hart. Since then, the team has progressed and achieved its first podium finish at New Jersey Supercross with former rider Josh Hill at the controls of the RM-Z450.The team was revamped for the 2015 AMA Motocross and Monster Energy Supercross championships, and now includes Roczen – the 2014 AMA Motocross Champion – and Broc Tickle.To amp up the fans, Transworld Motocross recently created the behind-the-scenes look at Roczen as he preps for the upcoming 2015 Supercross Championship.The 16-minute documentary follows the 2014 AMA Motocross Champion from breakfast at his home in Clermont, Fla., to “The Bakery” circuit for training and testing. Roczen then heads to team owner Hart and Huntington’s tattoo parlour in Orlando for some commemorative body art.The video is attached above.