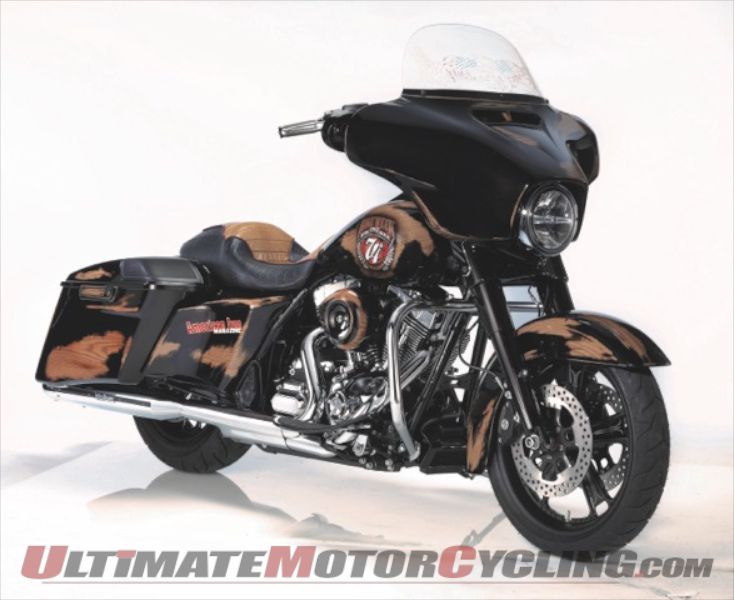 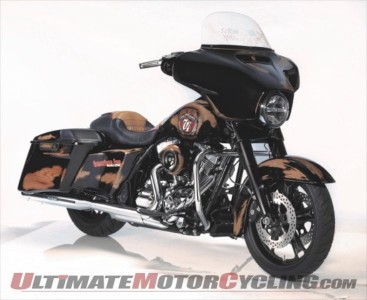 2015 Daytona Bike Week Motorcycle Drawing – 2014 Harley-Davidson Street GlideWith 2015 Daytona Bike Week less than three months away, the Daytona Beach Community Foundation has announced the motorcycle that will be given away during the official drawing – a customized 2014 Harley-Davidson Street Glide.This will be the 21st year the Daytona Beach Community Foundation has incorporated this unique opportunity to own a piece of iconic Daytona Beach Bike Week history.The motorcycle is now on display in Volusia Mall within the Macy’s Corridor in Daytona, Fla., where information is available and visitors can see the grand prize.The motorcycle is also featured in three issues of internationally distributed American Iron Magazine including the final build on the cover as well as stories featuring the build from frame to masterpiece.The 2014 Street Glide features the following customization:• Harley-Davidson Stretched Speaker Lids
• Harley-Davidson Stereo 6.5 Radio Upgrade
• Harley-Davidson Windshield
• S&S Stealth Air Cleaner
• PPG Paints
• Progressive Suspension Rear Shocks
• Harley-Davidson Stretched Speaker Lids
• Harley-Davidson Stereo 6.5 Radio Upgrade
• Harley-Davidson Windshield
• S&S Stealth Air Cleaner
• J&M Full Stereo System
• RSD Judge Black Ops Wheels
• RSD Judge Black Ops Rotors
• Full Dakota Digital Gauge Setup
• Paul Yaffee Bagger Nation Swoopy Side Covers
• Paul Yaffee Bagger Nation Chupa Rear FenderThe drawing takes place Saturday, March 14, 2015, at the Riverfront Park Stage on Beach Street in Daytona Beach. Only 4,500 tickets are available at $50 each which can be purchased online at officialbikeweek.com.All proceeds go to the Daytona Beach Community Foundation, who works in conjunction with the Bike Week Festival Task Force, a committee of the Daytona Regional Chamber of Commerce, operating on a year-round basis to make Bike Week in Daytona Beach a world class motorcycle festival. Additionally, the committee includes participation from all sectors of the community to assure that the event is successful for both businesses and residents alike.Additional information on any other aspect of Bike Week 2015 can be found on our website at officialbikeweek.com, Facebook.com/officialbikeweek, or by calling the Daytona Regional Chamber of Commerce at (386) 255-0981.