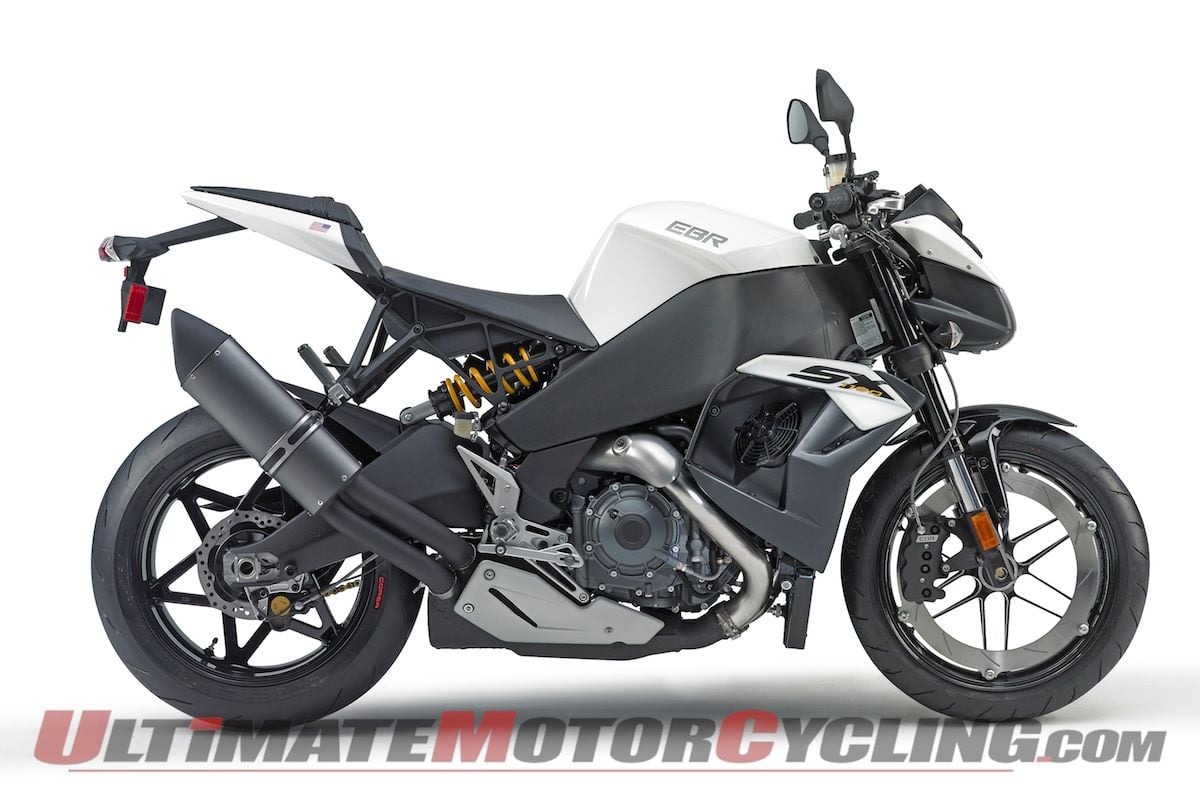 2014 EBR 1190SX StreetfighterWhen Erik Buell Racing (EBR) launched last month its all-new 1190RX superbike at Indianapolis Motor Speedway, it also unveiled a new machine – the 1190SX Streetfighter. But details were hush..until now.The 1190SX features the same power plant offered in the RX – te EV-V2 1190cc V-Twin that produces 185 horsepower at 10,600 rpm, and, more importantly for the street rider, 102 ft. lbs. of torque at 8200 rpm.This will be the highest-horsepower factory Streetfighter available. And EBR founder and Chief Technical Officer has much experience in this naked category; his designed his first streetfighter back in 1995 –  the Buell S1 Lightning.“The streetfighter classification, which was so revolutionary when we first came to market, is now being used by marketing people for all sorts of motorcycles, including some thinly-disguised standard bikes that have de-tuned or obsolete powertrains,” said Buell. “So, perhaps the appropriate new name for a bike like the 1190SX is, ‘Superfighter.’”Besides the engine, many other parts from the 1190RX are found on the 1190SX, including the fuel-carrying frame, Showa suspension, hub less wheels with perimeter brakes, and EBR’s proprietary Controlled Swirl Induction (CSI), which improves power and fuel economy while lowering exhaust emissions.The 1190SX will feature a more upright riding style with wider handlebars, and minimalist body work.The 1190SX will be available in Frost Bite White, Racing Red and Galactic Black color schemes, and offered at an MSRP of $16,995, inline with its fellow competitor, the KTM 1290 Super Duke R ($16,999).EBR says shipments to EBR dealers will begin in early July. The full specs are listed in the image below. 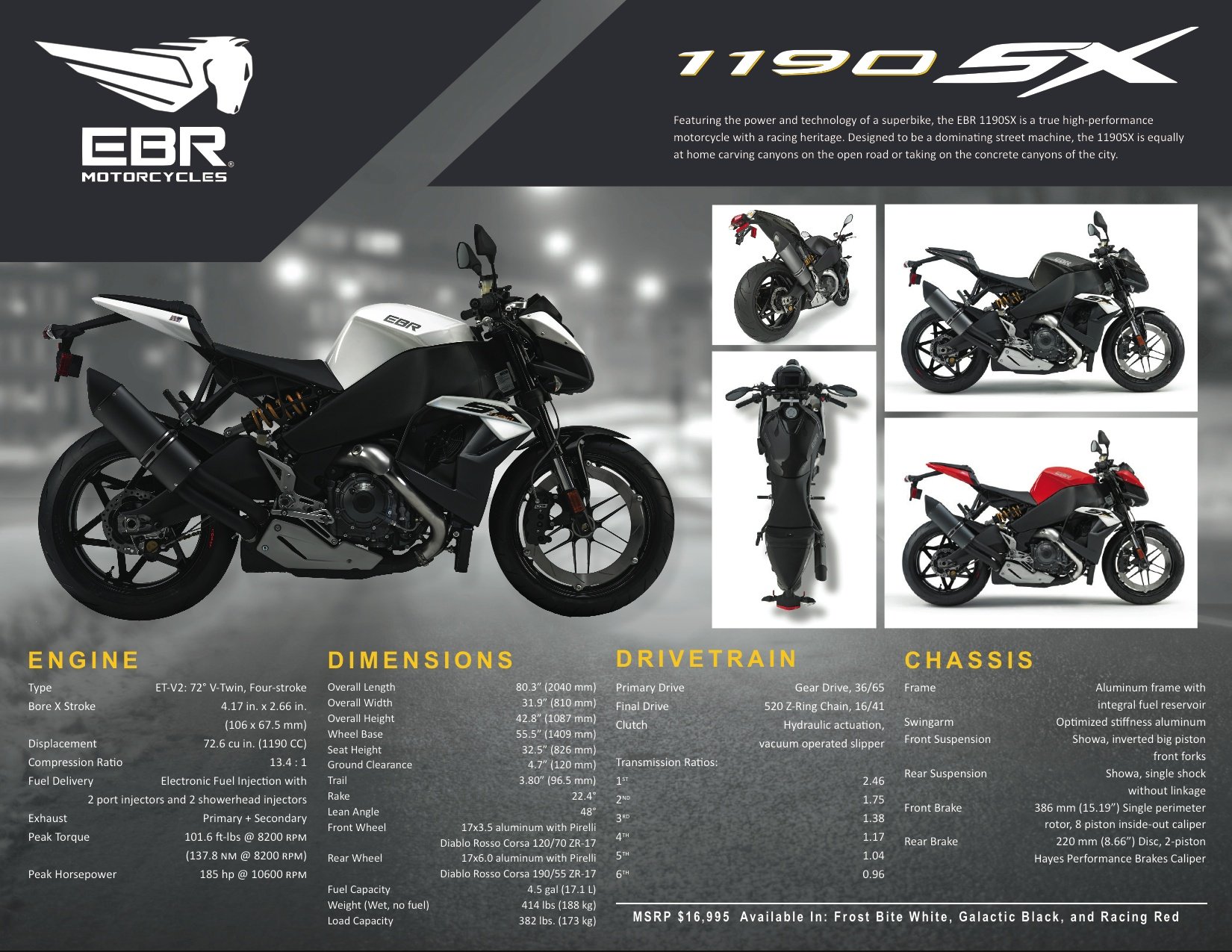