Home Motorcycle Racing News Isle of Man TT Bruce Anstey | Outright Record Isle of Man TT Lap Video
Facebook
Twitter
Linkedin
Pinterest
Email
Print
WhatsApp
ReddIt
Outright Record Isle of Man TT Lap VideoThough Bruce Anstey finished just outside the podium of the opening 2014 Isle of Man TT race – the Dainese TT – he completed a feat not many will achieve.The New Zealander set a new outright lap record during the Dainese TT, ousting the previous record of 131.671 mph set by John McGuinness in 2009 (Honda CBR1000RR, Senior TT).Anstey’s lap aboard the Valvoline Honda CBR1000RR? A 132.298 mph, which was posted on the final (sixth) lap.And with many riders’ machines donning on-board cameras, Anstey’s record lap was caught on film. Attached above is a segment of Anstey’s lap during his record-breaking lap at the 2014 Dainese TT.So far after two solo TTs, Anstey has finished fourth in the Dainese TT, and second in the Monster Energy Supersport 1 race. The first Superstock race was canceled Monday due to rain, and will get underway Tuesday. 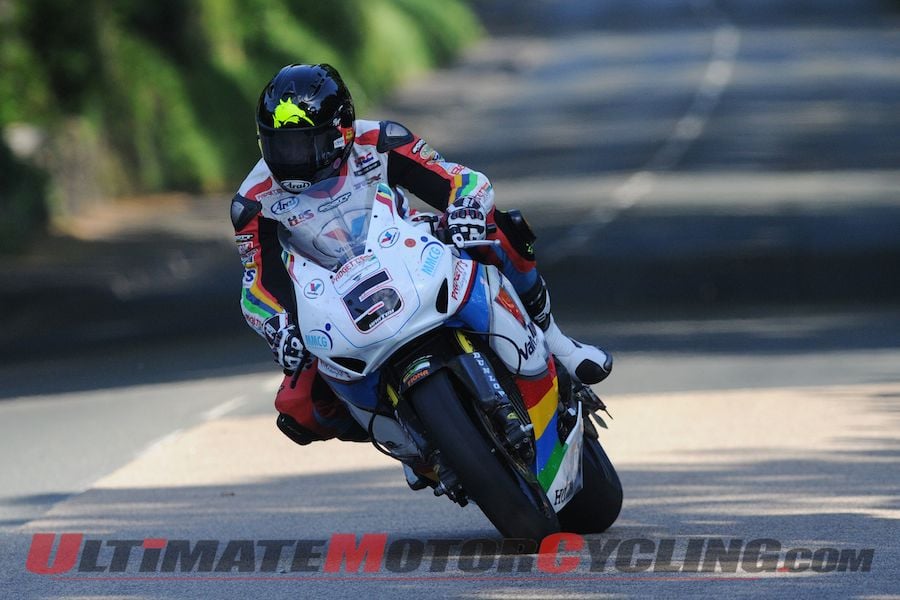