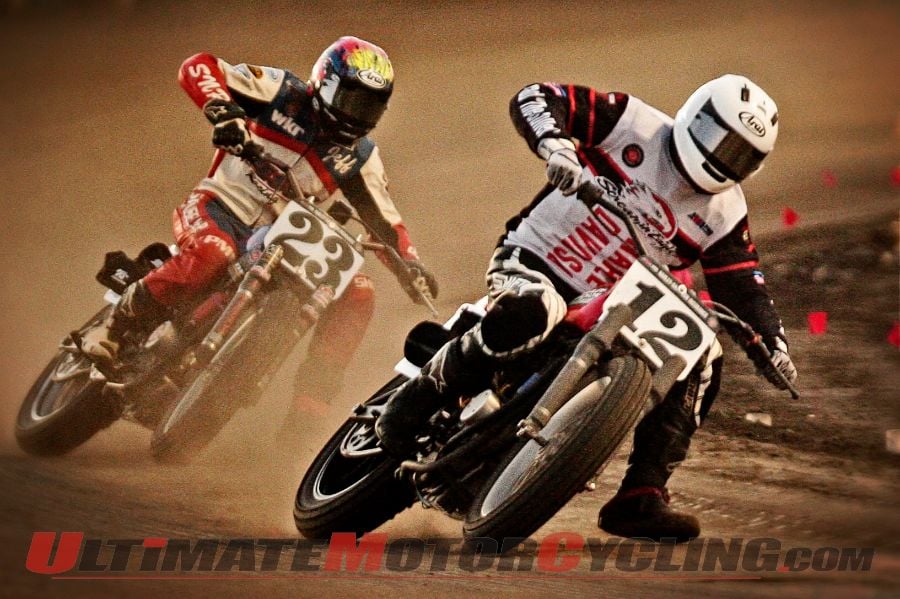 H-D Wrecking Crew Riders Fill Three of Top Eight Positions in AMA Flat Track Season DebutHarley-Davidson Screamin’ Eagle Factory Team rider Brad Baker raced to a fifth-place finish on the Springfield Mile, putting in a gritty performance on one of the fastest dirt tracks in the country just six weeks after sustaining severe fractures to his left arm.Baker rode a Harley-Davidson XR750 motorcycle in the opening round of the 2014 AMA Grand National Twins season.“It’s just amazing that I was able to come back here and race just five and a half weeks after my injury,” said Harley’s Brad Baker, the 21-year-old defending AMA Grand National champion. “I tested on Thursday and my arm was so sore the next day. It felt a lot better by Sunday, but I had a hard time pulling tear-offs during the race, and I was honestly more focused on my arm than I was on bike set-up today.”Villa-Esparza Kawasaki rider Bryan Smith won the race, beating Zanotti Racing/Moroney’s H-D rider Kenny Coolbeth Jr. Making his season debut as part of the three-rider Harley-Davidson Wrecking Crew, Jared Mees finished third by just a fraction of a second in thrilling finish to a race that was close at the front for its entire 25 laps. Wrecking Crew rider Nichole Mees also qualified for the main and finished eighth on her Black Hills Harley-Davidson XR750 motorcycle.Mees, riding his Rogers Racing/Las Vegas H-D/Blue Springs H-D XR750 motorcycle, was part of a lead pack that also included Smith, Coolbeth, and Ramspur Winery/Lloyd Brothers Ducati rider Jake Johnson and circulated the historic flat track elbow-to-elbow for most of the race, with Smith, Johnson and Coolbeth each officially leading at least one lap.The race was stopped three times for downed riders, the last time on lap 21, setting up a dash to the finish that saw Coolbeth and Mees unable to draft past Smith on the final run up the front straight. Coolbeth crossed the line 0.041 seconds behind Smith, while Mees was just 0.153 seconds behind the leader. Johnson was fourth, 0.709 seconds back, followed by Baker, who finished only 1.091 seconds after Smith.“Now that the race is over, I’m actually pretty emotional about even being able to compete,” said Baker. “I’d like to thank my orthopedic surgeon in Houston, Dr. Henry Small, Evo Ultrafit in Phoenix for guiding my rehab, and the Harley-Davidson team for the great bike. A lot of people worked hard to get me back on the track.”Coolbeth leaves Springfield leading the AMA Grand National series with 53 points. Johnson is second with 51 points, followed by South East H-D/White’s H-D rider Sammy Halbert and USC Kawasaki rider Brandon Robinson, each with 43 points. Jared Mees is in sixth place with 39 points. Baker is in 11th place with 22 points.AMA Grand National Twins racing resumes on June 15 on the Knoxville Raceway half-mile in Knoxville, Iowa.