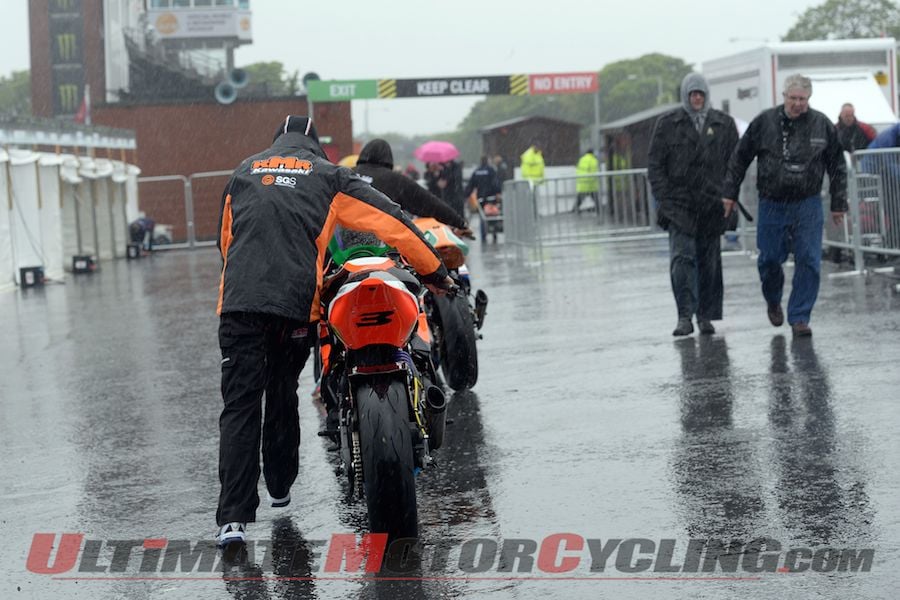 2014 Isle of Man TT Saturday (May 24) Qualifying ReportThe opening qualifying sessions of 2014 Isle of Man TT races scheduled for Saturday night were canceled due to heavy rain.Though earlier predictions were optimistic, once the rain began TT Races Clerk of the Course Gary Thompson canceled the qualifying sessions.“It’s unfortunate but the conditions were not conducive to any laps on the course this evening so the only sensible course of action was to cancel the session,” Thompson says.“I’m conscious that the Lightweight machines have lost time at this stage and I’ll be looking to make it up ahead of their race on Friday week.”Due to the cancellation, Monday’s schedule was amended to make up for the newcomer’s qualifying sessions in both the solo and sidecar races.The IOM TT reports that the revised schedule will see the solo newcomers speed controlled un-timed laps away at 18:15 with the sidecar newcomers starting their first lap at 18:30.Monday’s session will then run as planned from 18:45 with a full solo session for Superbike, Superstock and Supersport machines and a sidecar qualifying session from 19:55.