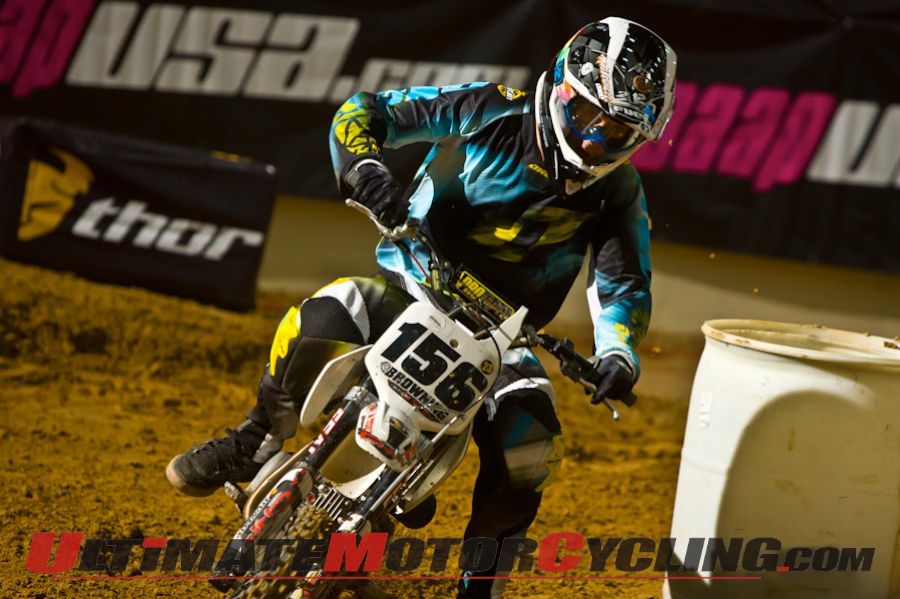 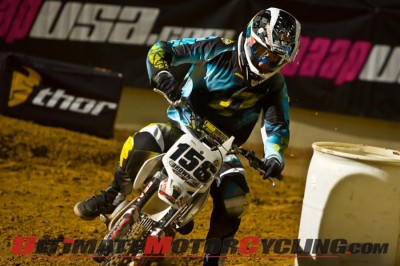 2013 GEICO MiniMotoSXEntries are now open for 2013 GEICO MiniMotoSX – the largest mini-bike race in the world.The series, which takes place during the final round of Monster Energy AMA Supercross in Las Vegas’ Orleans Stadium on May 5, is celebrating its 10th anniversary this year.The AMA-sanctioned event is expected to attract over 300 riders that will compete for the #1 AMA plate, and the largest purse in Mini Bike Racing. The GEICO Mini Moto S purse will be $3,000 for each of the two expert main events, and an additional $3,000 for the World Final.Eric Peronnard (Co-Creator, MiniMotoSX) says: “Racing Mini Bikes is a lot of fun and I am proud of the fact that we have created the largest Mini Bike race in the world and made it to year 10.“Mini Bike racing is not as popular as it was a few years ago so I am not sure we will make it to eleven but we will build another great track and hope to remind everybody just how much fun it is to race Mini Bikes and generate enough excitement to keep going for the future”.About MiniMotoSX:Everybody can race as there are eight adult classes and three youth classes as well as a Women’s class. And new for 2013, Electric bikes are eligible to compete in the appropriate classes based on wheel size and wheelbase.For the fourth year, the MiniMotoSX will conclude with the World Final race that pits the top three finishers from the Expert & Youth classes plus the Women’s champion to take on the International Champions for bragging rights and cash. This event is a great time for racers and spectators and for most; this is the closest you can ever get to racing a Supercross.Entries are open now and you can make it a complete Supercross weekend in Vegas. In celebration of the 10th anniversary MiniMotoSX, each rider that has competed in at least one class during the previous nine events one free entry.Click the following for general information, MiniMotoSX Rules and MiniMotoSX Entry Forms.