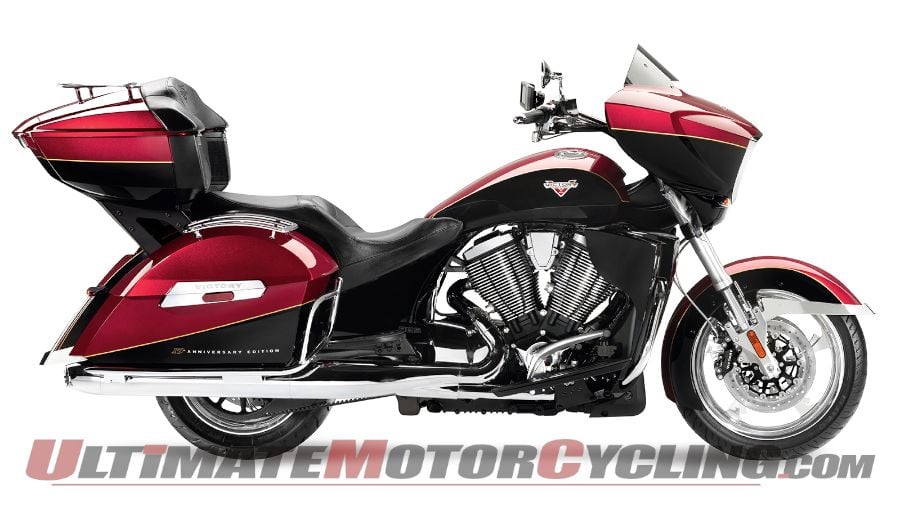 2013 Victory 15th Anniversary Cross Country Tour Limited EditionLast year at the New York City International Motorcycle Show, Victory Motorcycles highlighted its presence with the launch of the no-nonsense cruiser, the Judge.Following the unveiling of the bike featuring the 106 Freedom V-Twin, Victory said it would roll out a new model every six months. The Spirit Lake, Iowa, company stuck to its itinerary, releasing the Boardwalk this past summer, the bike featuring classical boulevard-cruiser styling.And a year after the Judge was released, Victory once again highlighted its NYC IMS presence by another unveiling – the 15th Anniversary Cross Country Tour Limited Edition.As the name implies, the LE celebrates Victory’s 15th anniversary as an American motorcycle company. Back on the Fourth of July in 1998, the first motorcycle built in the Spirit Lake Iowa plant was a V92c in Antares Red over Black with gold pin-stripping.Rolling off that same assembly line is the 15th Anniversary Cross Country Tour Limited Edition. But this bike won’t be massed produced – only 150 will be built, quickly making it a collector’s item. 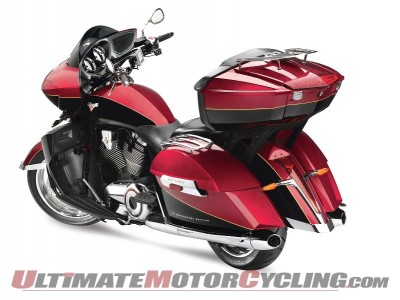