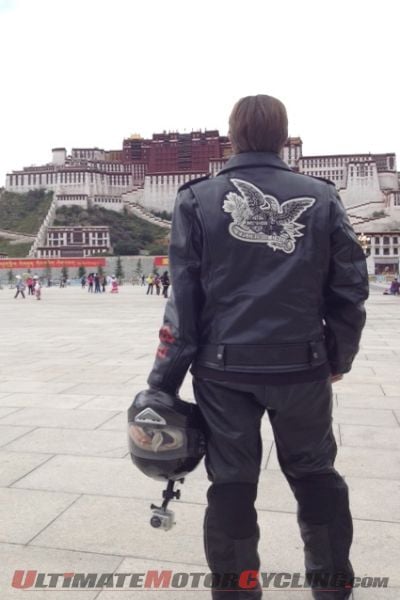 Harley-Davidson “Freedom Jacket” Helps Celebrate H-D’s 110th AnniversaryIn August 2012, Harley-Davidson fans around the world kicked off a year-long celebration of the company’s 110th Anniversary. Over the course of an entire year, millions of fans across 11 countries and six continents are celebrating their shared passion for freedom, self-expression, epic adventure, and the stories that unite them.As part of the year-long celebration, Harley-Davidson has enlisted individuals from all over the world to take a single black leather jacket – the ‘Freedom Jacket’ – on an adventure and to share their stories online.The Freedom Jacket will pass from rider to rider and visit dozens of iconic destinations in all corners of the globe, collecting their stories before coming home to Milwaukee for the final celebration, Aug. 29 – Sept. 1, and for display at the Harley-Davidson Museum.Mark-Hans Richer (Harley-Davidson Chief Marketing Officer) says: “The Freedom Jacket represents one of the most elemental, yet powerful truths of what it means to be a Harley-Davidson rider.“A leather jacket is like a rider’s soul – every pin, scratch, scrape and patch is a visual marker of your journey and becomes part of your identity and the stories you tell.”The Freedom Jacket was born last August when Richer wore a simple Harley leather jacket during an epic ride across the Tibetan Plateau in China to help kick-off the 110th Anniversary. At a stop along the ride, Richer asked a local Chinese man, who was working painting road markers, to paint something on the jacket to symbolize what he thought about Harley-Davidson. The man painted the Chinese character for “freedom.”Since then, the Freedom Jacket has been worn by passionate enthusiasts who’ve traveled to destinations around the world, including the foothills of the Alps in Faaker See, Austria for European Bike Week; the highways of Mexico; Rio de Janeiro, Brazil; and even the starting line of the NHRA Pro Stock finals in Pomona, Calif.In the coming months, the Freedom Jacket will journey to destinations both on and off the beaten path, including official Harley-Davidson 110th Anniversary events planned in India, Australia, New Zealand, South Africa and Rome.Fans can explore the inspiring videos, photos and stories of those who have worn the Freedom Jacket by visiting h-d.com/110jacket, the company’s Facebook page, Twitter handle (@harley-davidson) or via the hashtag #FreedomJacket.Harley-Davidson is also inviting fans to share stories about their own journeys via the 110th Anniversary website.  On January 22, the company will launch a unique online app that allows fans to create a personalized version of the 110th Anniversary “110 Years of Freedom” graphic with photos of their own epic adventures which will be featured on Harley-Davidson’s Facebook page and other online channels.  The company is also allowing fans the opportunity to create their own 110th Anniversary pages within the site to share their experiences with the world. 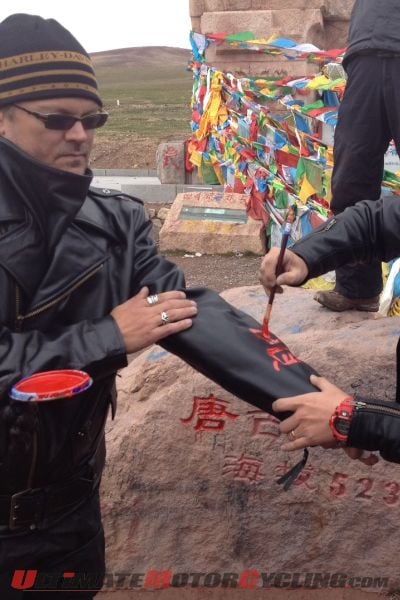 Harley-Davidson fans are invited to learn more about the 110th Anniversary and join the celebration online where they can share videos, images and experiences on Facebook, Twitter with the hashtag #HD110, and at h-d.com/110.