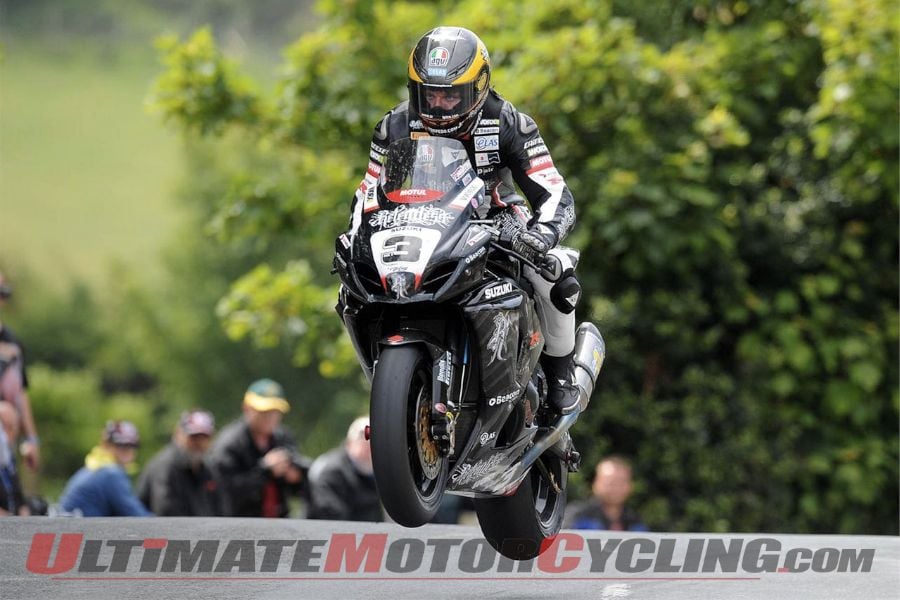 2011 Isle of Man TTAt the 2011 Isle of Man TT, Guy Martin didn’t score his first TT victory, but he took four out of five podiums. Martin’s best performance came in the PokeStars Senior TT race; in that IOMTT race, Martin finished 7.2 seconds behind the winner, John McGuinness (Honda TT Legends).Reflecting on the 2011 TT IOM in the following blog, Martin offers some insight into being a competitor at one of the most challenging road-races in history. Following is Guy Martin’s blog from Suzuki Racing:Guy Martin (Relentless Suzuki GSX-R1000 IOMTT) says: “Writing blogs is not really my scene but I’m not shy of a challenge.“It’s been a few weeks since the end of the Isle of Man TT eh… soon flies doesn’t it? But I can look back at this year’s TT with a bit of a smile on my face. I won the best in show at the Port St Mary Steam Rally with my 1910 Amanco stationary engine. Whatever floats your boat, I know, but I’ve been craving for one of these open crank models for ages, and to get a win with her first show was a treat.“As for the motorbikes, I suppose I can’t complain either: four finishes and four podiums wasn’t a bad show, but I’m sure if you’d have put my granny on the Relentless Suzuki bikes, she’d have had similar results.“The way the bikes were built and the way the lads carried out the pit stops were first class. I was the only one letting the side down by not bringing a win home, but I can assure you, there was no lack of effort on my part.“Not a lot else to mention really. It was good to get straight back into work after being away for nearly two weeks. A couple of 100 hour weeks soon gets rid of a little bit of enthusiasm, but I’ve just started a good year’s project at work: it’s a massive job, if any of you know what a ‘143 500′ is you’ll know what I mean. Ill get ’em to stick some pics up when I get five minutes.“Keep ‘er steady eh? “