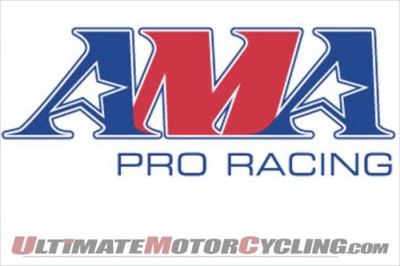 2011 Amateur Road Racing The country's fastest amateur motorcycle road racers will converge on the Putnam Park Road Course near Greencastle, Ind., for the AMA Racing Road Race Grand Championships on Oct. 8-9. The American Motorcyclist Association (AMA) announced that it is partnering with the U.S. Grand Prix Racers Union (USGPRU) to promote and sanction the event. Joe Bromley (AMA Director of Racing) says: "We're excited to give AMA competition members a premier event on such an exciting track where they can showcase their talent against the country's best amateur roadracers. "In addition, we're looking forward to working with the USGPRU to assemble a solid program, a quality class structure and a well-run and timely weekend of racing." Stewart Aitken-Cade (USGPRU President) says: "The USGPRU's vision for the AMA Racing Road Race Grand Championships is one of a capstone race weekend that brings together the top club-level teams from across the country to compete for the prestigious AMA Amateur National Championships in road racing. We are already working on an updated class structure and format, and will announce more details about the weekend's program shortly." The AMA Racing Road Race Grand Championships will determine amateur national champions in numerous expert and novice classes that are broken down by combinations of bike displacement, weight, and intent (GP vs. Street). The event will run as a full doubleheader weekend combined with extended length races. The national championship for each class will be determined by the rider's best overall performance in two separate races. Not only do riders get ample track time and an opportunity to race against the country's fastest amateur racers, but the best compete for the AMA Roadracing Horizon Award, which is awarded to the rider showing the most promise for success in the professional ranks. The Horizon Award will be awarded based on a rider's best two finishes in separate classes, allowing racers with only one bike and a limited budget to compete for the title. Past winners of the AMA Roadracing Horizon Award have included Hayden Gillim, Miles Thornton, Jason DiSalvo, Ben Spies and Blake Young. Other awards at the event include the AMA Racing Top Novice Award, the AMA Racing Youth Award – presented to an outstanding racer under the age of 16 – and the AMA Racing Vet/Senior Award, presented to a standout rider who's 30 years old or older. The Putnam Park Road Course is a 1.78-mile road course with 10 turns. It is located 35 miles west of Indianapolis, about 1.5 miles south of U.S. 40. More information about the track can be found at PutnamPark.com.