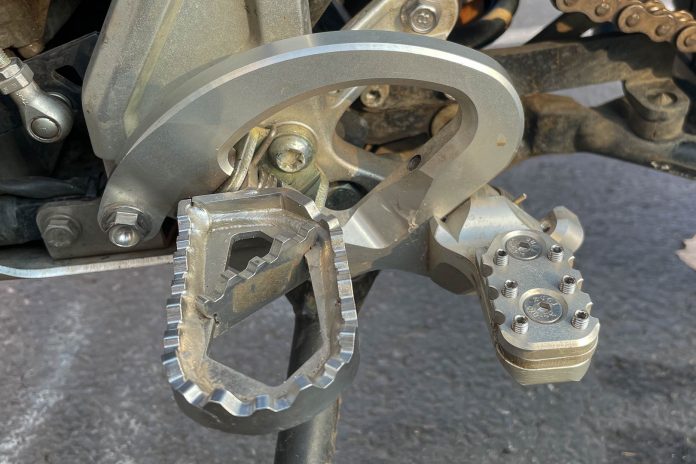 I thought the Ultimate Motorcycling Yamaha Ténéré 700 Project Bike was all set for my height, weight, and riding style. What I didn’t know was that I was missing a vital comfort and control feature, until I installed a set of TwinPegs auxiliary footrests that come to us from Norway.Working with the standard footpegs, TwinPegs support the rider’s heels when standing. Instead of having all your weight on the balls or arches of your boots, you will now have a heel-and-ball/arch connection. That added boot connection to the motorcycle has benefits you must experience to fully appreciate. 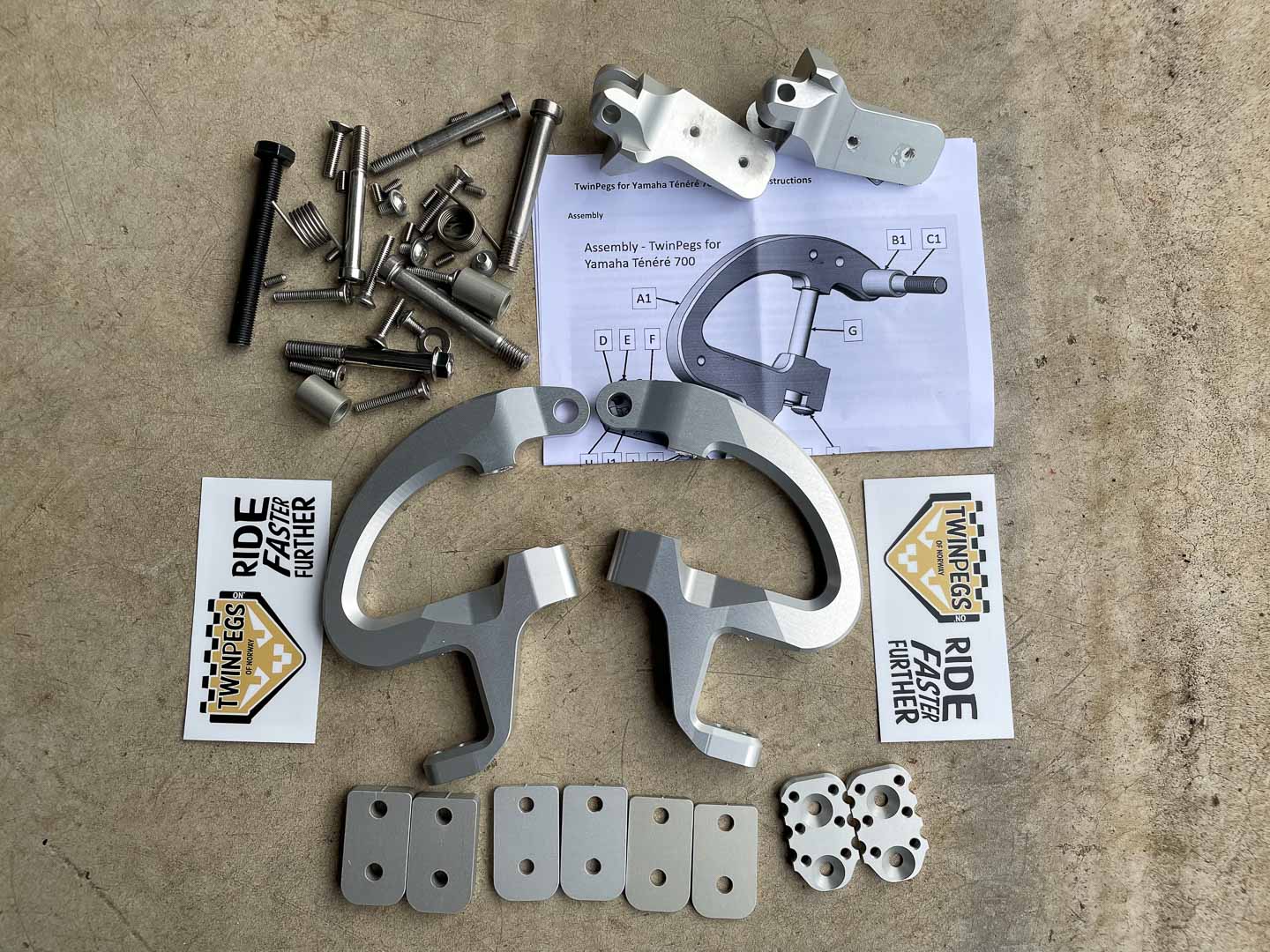 The first thing I noticed when I stood up for the first time on the TwinPegs was less concentrated pressure on my arch. I never thought twice about how the bottom of my foot felt—it has always felt the same way.I have been a stander my entire riding career, so what I normally felt was, well, normal. When I say I stand, I mean if I am riding under 55 mph on the street or off-road, I am standing—literally. My longest day standing on the Yamaha Ténéré 700 was 6:30 am to 6:30 pm, with a sit-down lunch break interruption. 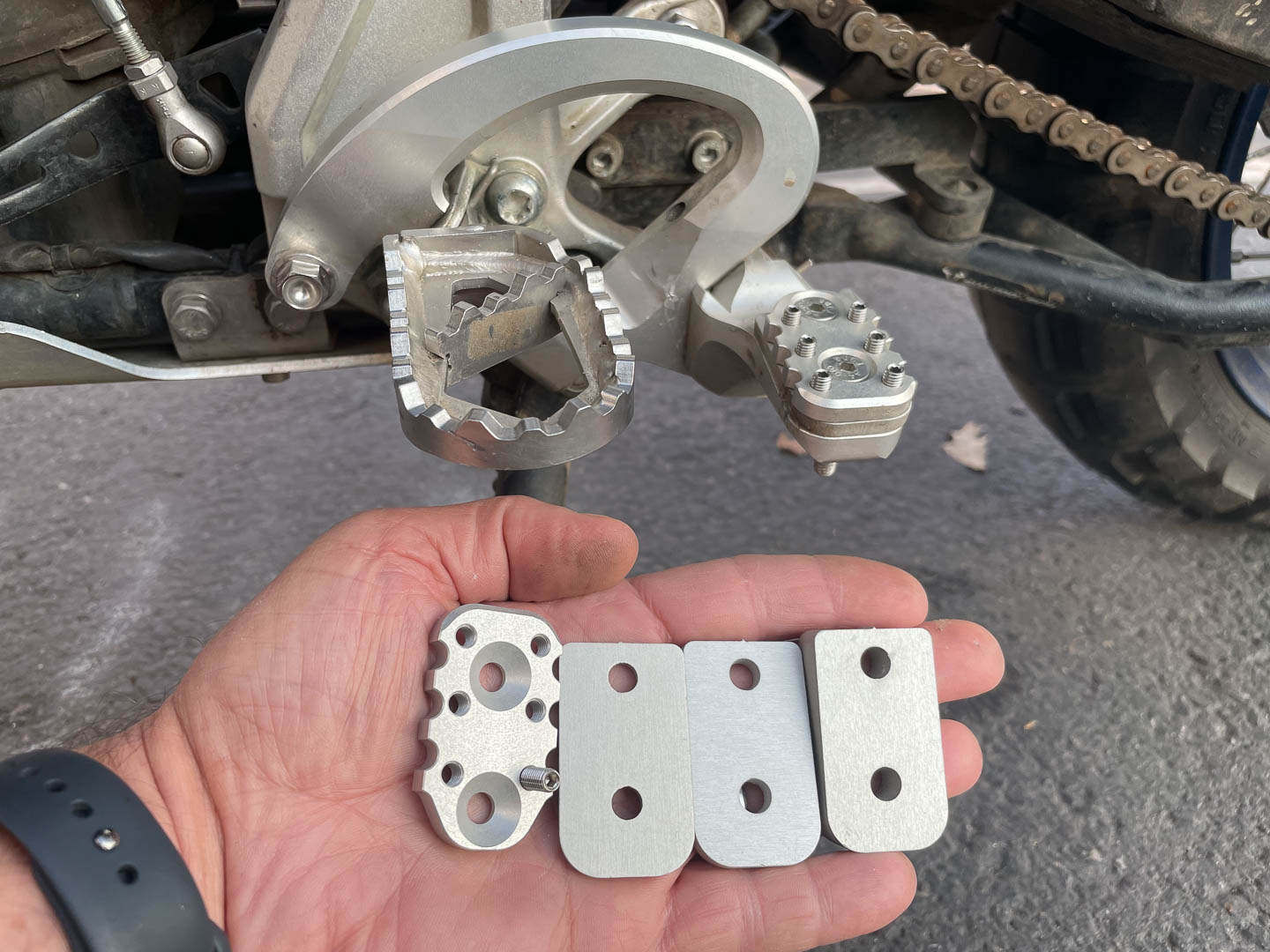 All my weight concentrated on a pair of two-inch wide footpegs gave all the control I thought was available—until I discovered TwinPegs. TwinPegs are the brainchild of Kai Ingvald Flateland, head honcho at TwinPegs in Dølemo—a Norwegian village with a population of about 200 people.For a first original product, Flateland really hit the mark. That’s no surprise, as he has a Master of Science degree in Mechanical Engineering and Product Development from the Norwegian University of Science and Technology, plus real-life experience in offshore oil and gas production. The billet aluminum structure is industrial art and expertly crafted. The bike-specific adapters are a 20-minute install with standard metric tools. Flateland relates that he came up with the TwinPegs idea while enduro racing in 2018. Most of the initial testing and design modifications were accomplished with the help of professional desert, rally, and enduro racers from around the world. 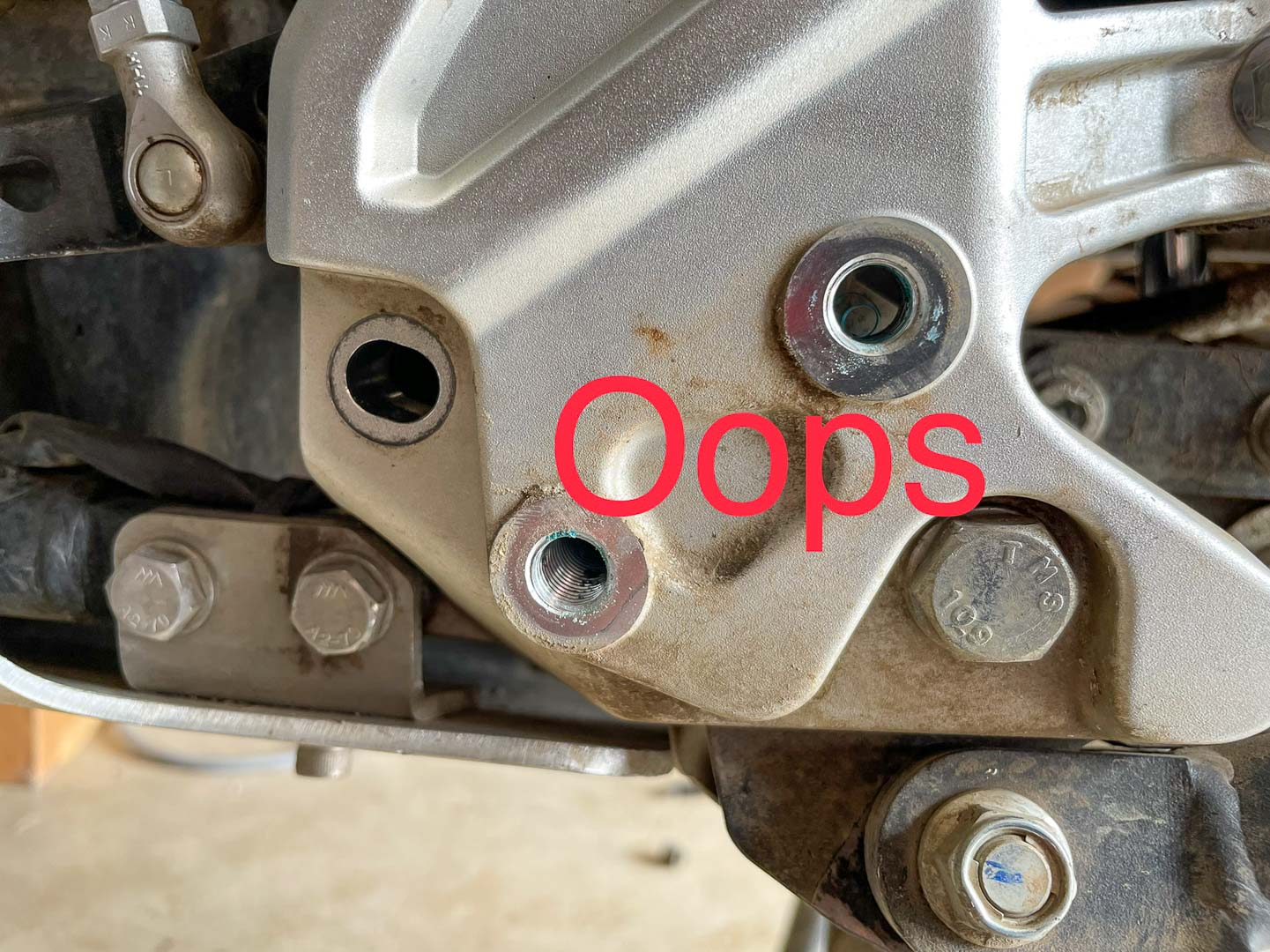 TwinPegs are a simple and quick install, unless you mistakenly take off the OEM peg mount, as I did. So, do not unbolt the peg mount—only remove the peg swivel bolt and the bolt in front of the peg mount. From there, the TwinPeg adapter drops right in place. Screw in the front bolt (leaving it loose until the end) and remount your OEM or aftermarket peg into the new adapter while it is still being held in place by the OEM footpeg mount. Tighten the front bolt and mount the rear TwinPeg.Initially, my kickstand seemed to be hiding under the left TwinPeg. However, by the third day, I had no problem putting it down without looking. Keep in mind that the right side TwinPeg won’t fit on a Ténéré 700 with several brands of centerstands, so check with TwinPegs of Norway for compatibility before ordering. 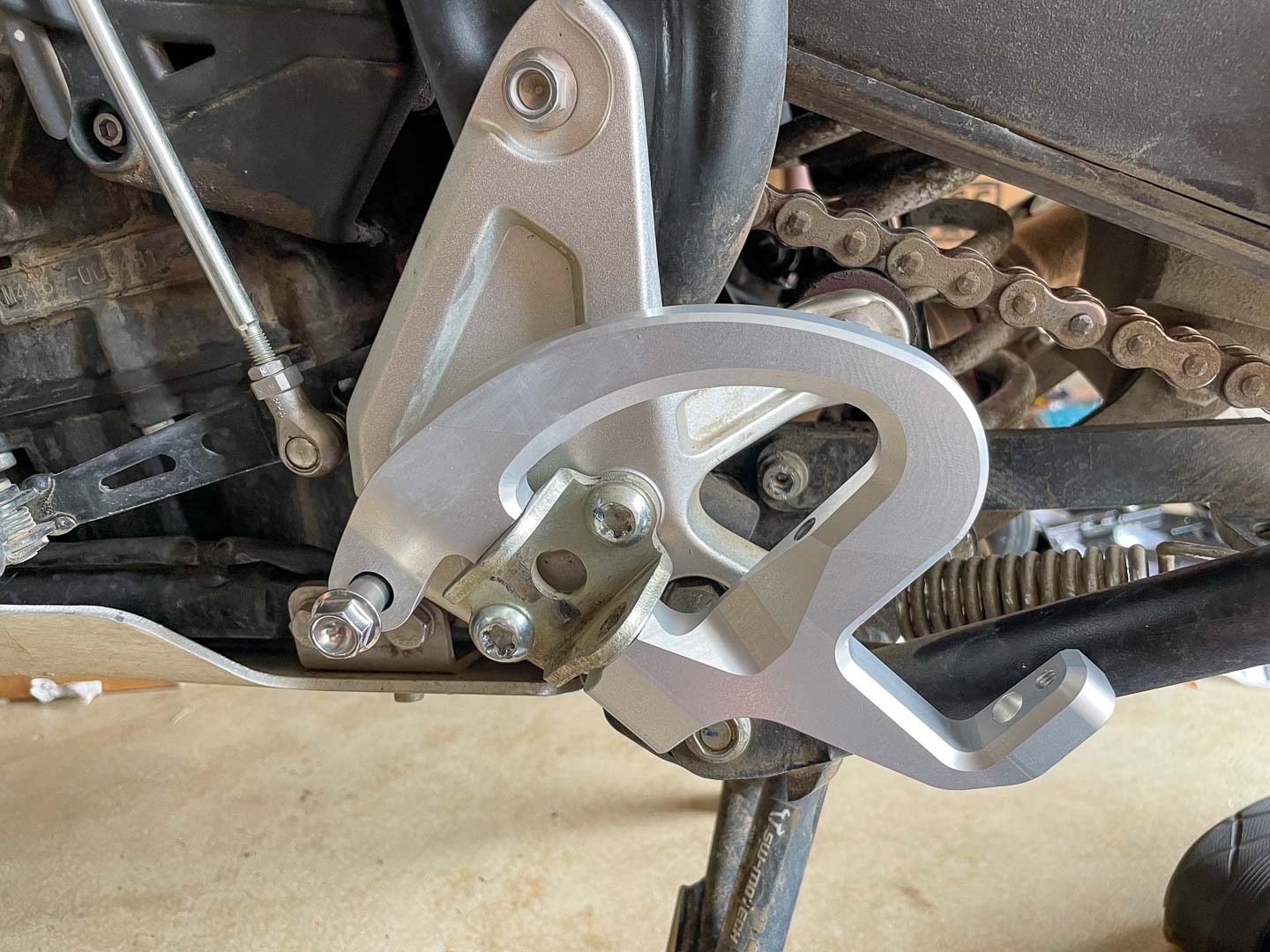 There are several height-adjusting shims in the kit and lugs for grip. Because most riders have never ridden with TwinPegs, you won’t know what feels most comfortable until you put some time in with them.I thought I would want the rear even with the front, but I was wrong. A five-minute ride demonstrated that, for my body position, having the TwinPegs lower than the main footpeg is most comfortable for me. I didn’t get it fully dialed in until after about an hour of on- and off-road riding. 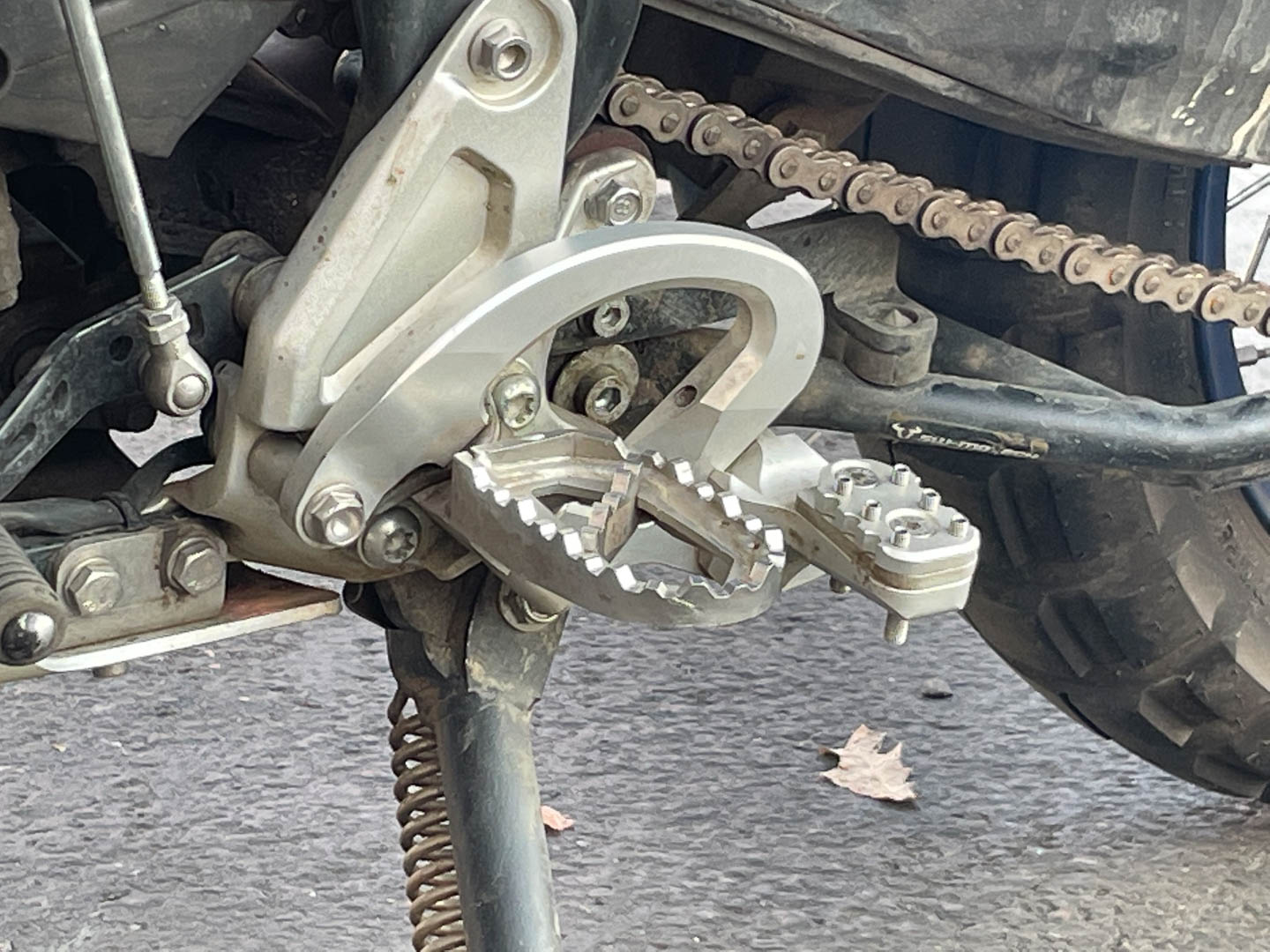 On your first test ride, take your 4mm and 2.5mm hex wrenches, plus all of the adjustment shims. Garage standing position at a standstill is not the same as off-road positioning while moving. Note that your original footpegs are in their original location and attached to the same mounts, so no changes there.Over the course of three days, I rode 1100 miles to test the TwinPegs. Although my plans for much more off-road were thwarted by not wanting to play slip and slide in the mud, I did get in about 50 miles off-pavement—30 miles at 50 mph on gravel, 10 on winding dirt/gravel, and 10 at crawling speed while avoiding obstacles on a steep downhill. The rest was a mix of dry and rainy asphalt, with the majority standing, as I was on 55-mph highways. 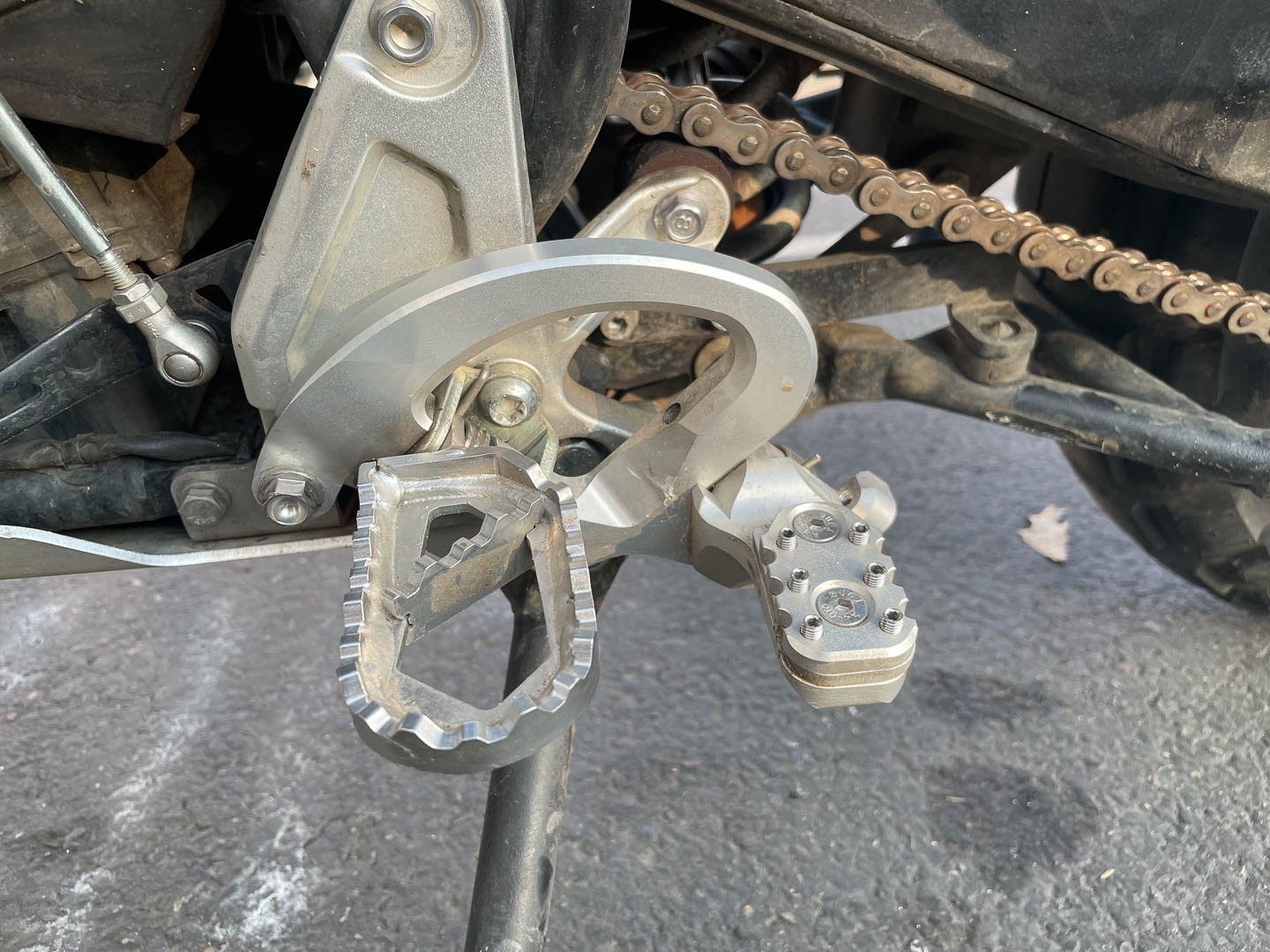 In all situations, having 50 percent more peg contact was noticeable in a supportive way and added control I didn’t know I was missing. TwinPegs are more relaxing for the soles of my feet, and for my legs and back.If you never stand, installing a set of these beautifully crafted, billet aluminum auxiliary pegs just might turn you into a standing rider if you try them. This is one addition that isn’t for sitters. They will look cool and attract a lot of attention, but they don’t do anything for you when sitting.The Yamaha Ténéré 700 kits—standard height and lowered height—run $292, including shipping from Norway and a five-year warranty. All TwinPegs kits are brand/model specific, so If you have certain adventure and enduro models of BMW, GasGas, Husky, KTM, and Yamaha, you are in luck—sorry, Africa Twin riders.