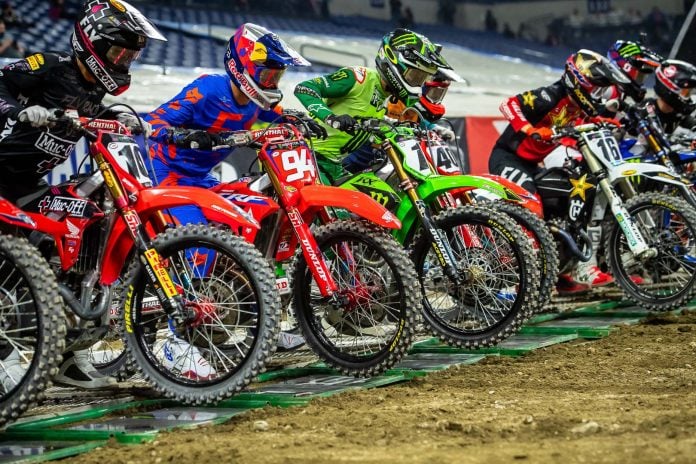 Fantasy Supercross can be a cruel sport. On lap 24 of 26 at Indy 3, those of us with Eli Tomac and Justin Barcia in the Top 5 were already banking their points—and then Vince Friese happens. That knocks Tomac and Barcia out of the Top 5, which is what counts at RMFantasy.com. In an odd twist, Friese’s move put him into P14—the Wild Card spot. That will make Friese both a hero and villain to anyone who picked him as the Wild Card, yet had Tomac and Barcia in the Top 5. So, on to the Orlando 1 picks. It’s time Round 7 of the 2021 Monster Energy Supercross Championship Series.1. Ken Roczen
2. Eli Tomac
3. Cooper Webb
4. Justin Barcia
5. Adam CianciaruloP8 Wild Card: Joey SavatgyPhotography by Align Media, Feld Entertainment, and Kardy Photo2021 Monster Energy Supercross Championship Series Standings (after 6 of 17 rounds)