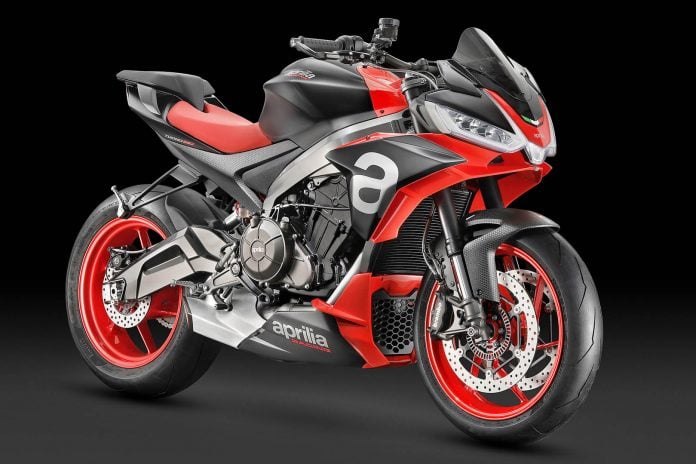 Hot on the heels of the highly anticipated 2020 Aprilia RS 660 unveiling at EICMA 2019 in Milan, comes the Aprilia Tuono 660 Concept. The Tuono 1100, bless its V4 heart, is a machine that I have often opined about, and with good reason. It is one of the finest naked motorcycles on the market. But, just as many males in the motorcycling community have professed, good things often come in small packages, and the Tuono 660 will be bringing some serious bragging rights to the budget-conscious middleweight sportbike segment. 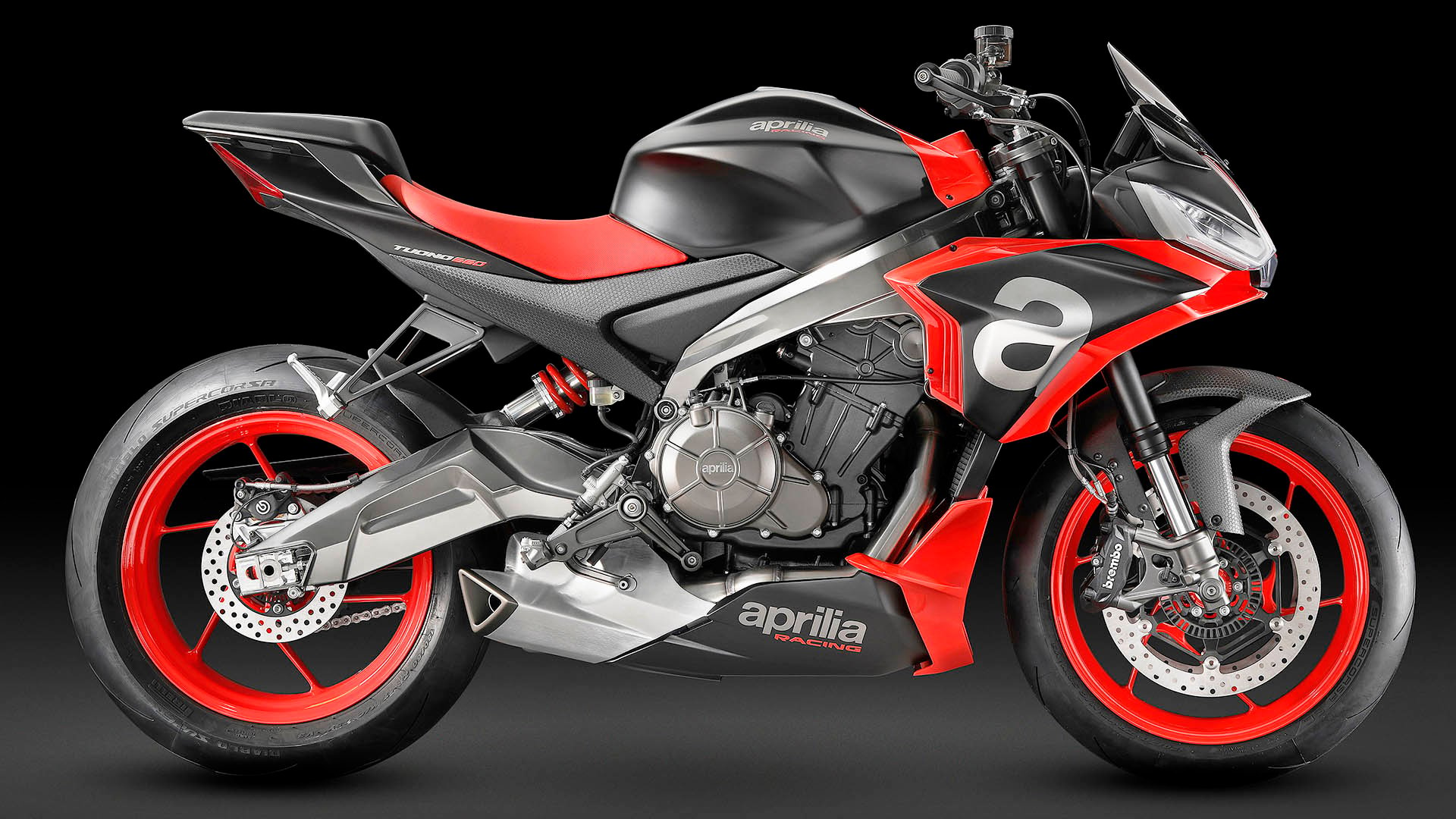 The middleweight Tuono 660 shares all componentry with the RS 660, save some pieces for ergonomic tweaks, with the handlebar being the most obvious. This follows the same development path that we saw for the venerable RSV4 and Tuono 1100 platforms.The Tuono 660, just as the RS 660, will be loaded to the gills with bleeding-edge technology that is typically reserved for liter-class machines, including IMU-supported cornering ABS, traction control, wheelie control, engine braking adjustability, engine mapping, an up-and-down quickshifter, and cruise control. If that sounds familiar, that’s because Aprilia is utilizing the same commendable Aprilia Performance Ride Control electronics package found on the RSV4 and Tuono sportbikes, calibrated for its middleweight power outputs, of course. 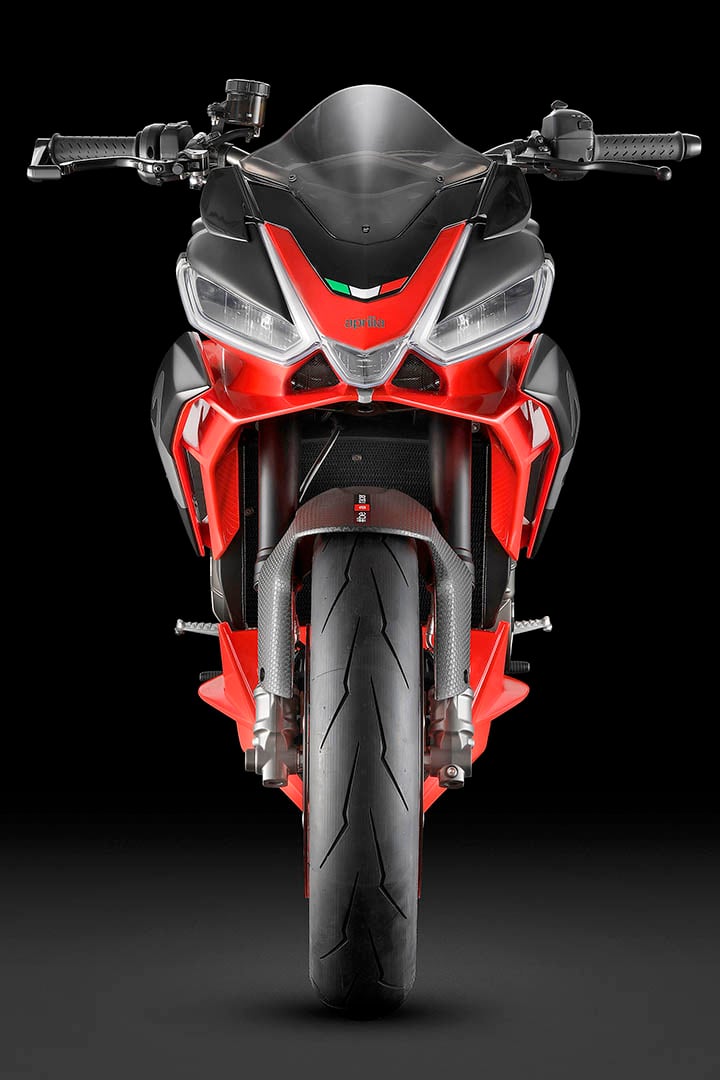 Inside the lightweight twin-spar aluminum frame sits a parallel-twin engine producing a claimed 95 horsepower that Aprilia states is derived from the ‘front half’ of its legendary 1077cc V4 powerplant, with a boost in displacement to get to 660cc. The motor is a DOHC configuration that meets Euro 5 emissions standards. Aprilia imbued it with a 270-degree crank, which many manufacturers are favoring for their p-twin engines. The Tuono 660’s middleweight motor sounds like one of the most promising bikes on the horizon for the class.Designed to be just as agile and track-worthy as its the RS 660, the middleweight Tuono boasts suspension with full adjustability—that’s a 41mm KYB inverted fork. 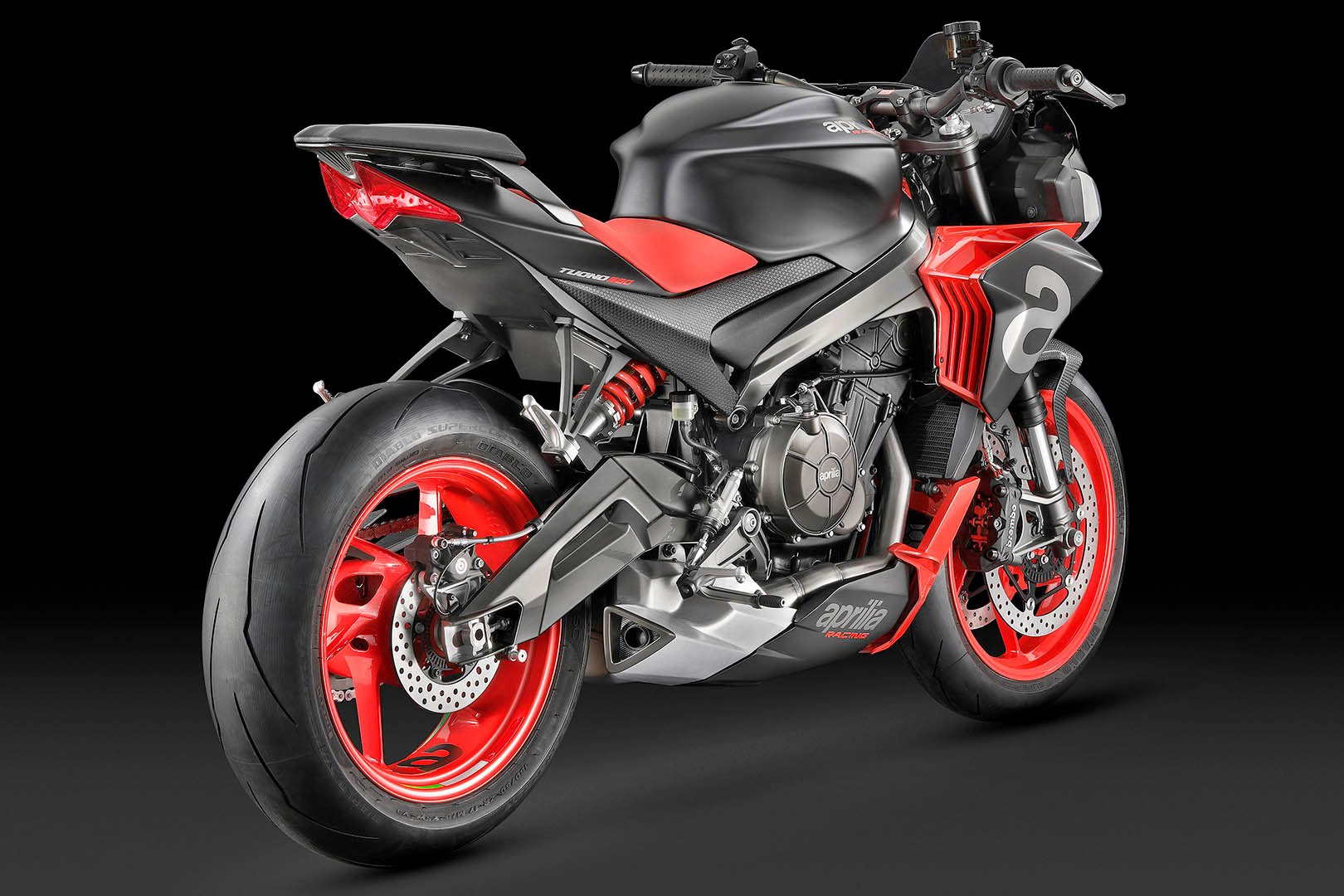 High-spec Brembo four-piston calipers are clamping onto dual floating 320mm rotors, plus a radial master cylinder. In the rear, a Brembo single-piston disc works in conjunction with a 220mm rotor. While Aprilia has not released official specifications—it is a concept motorcycle—the front calipers appear to be M4.32 units, surely providing more than enough stopping power for this middleweight beast.The 17-inch wheels are shod with high-spec Pirelli Diablo Supercorsa SC tires, with a 180/60 and 120/70 size combo.Not quite a naked motorcycle, the Aprilia Tuono 660 Concept gets a three-quarter fairing, along with a chin fairing. The Concept looks especially inviting as a street bike because it lacks mirrors, turn indicators, and accommodations for a license plate. Regardless, it is still a stunning middleweight motorcycle. 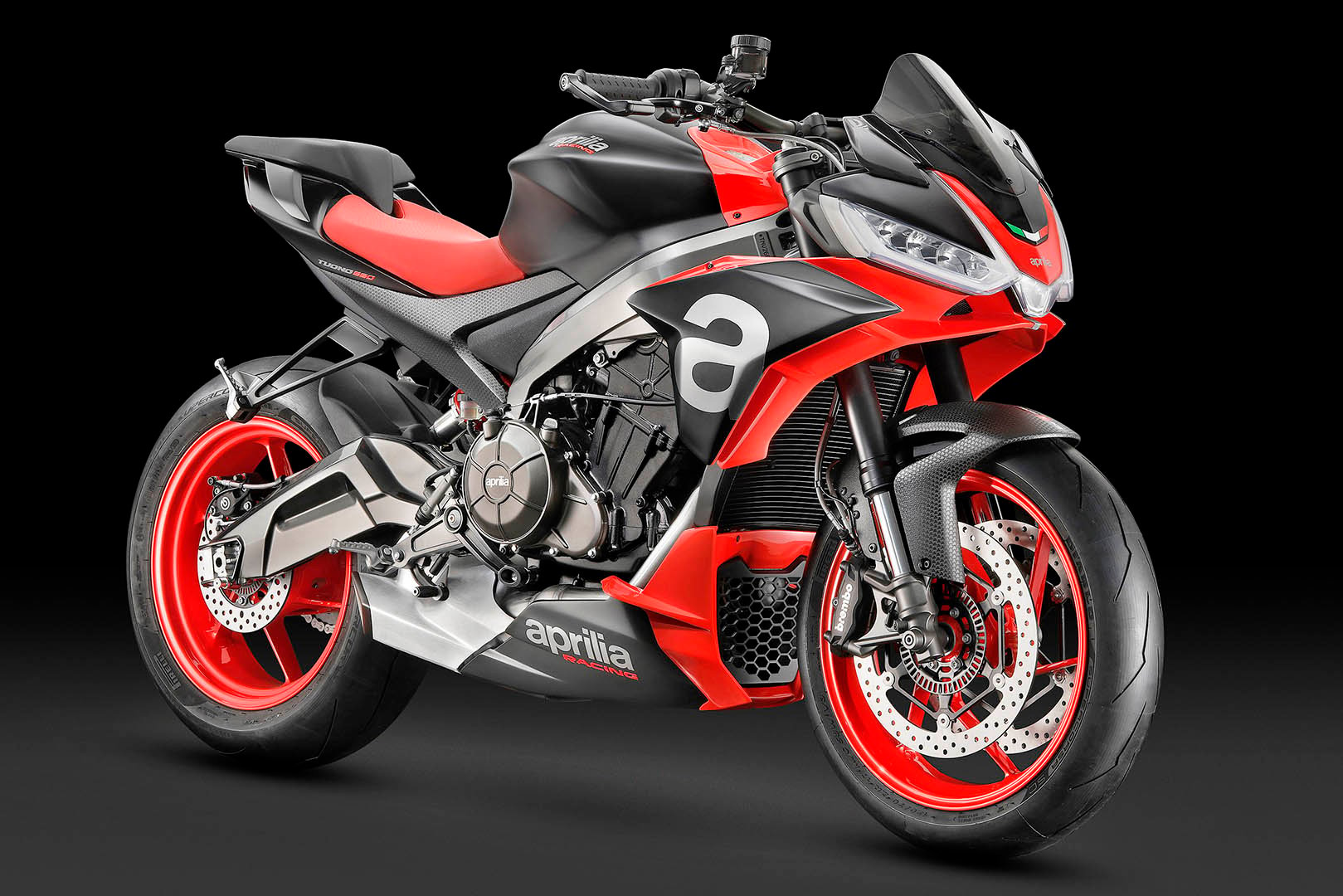 While released as a concept, the recently announced RS 660 followed the same path—teasing the public with a fully functional ‘concept’ that was then officially announced as a production model to the eagerly awaiting public. Hopefully, the Aprilia Tuono 660 goes into production sooner, as opposed to later.